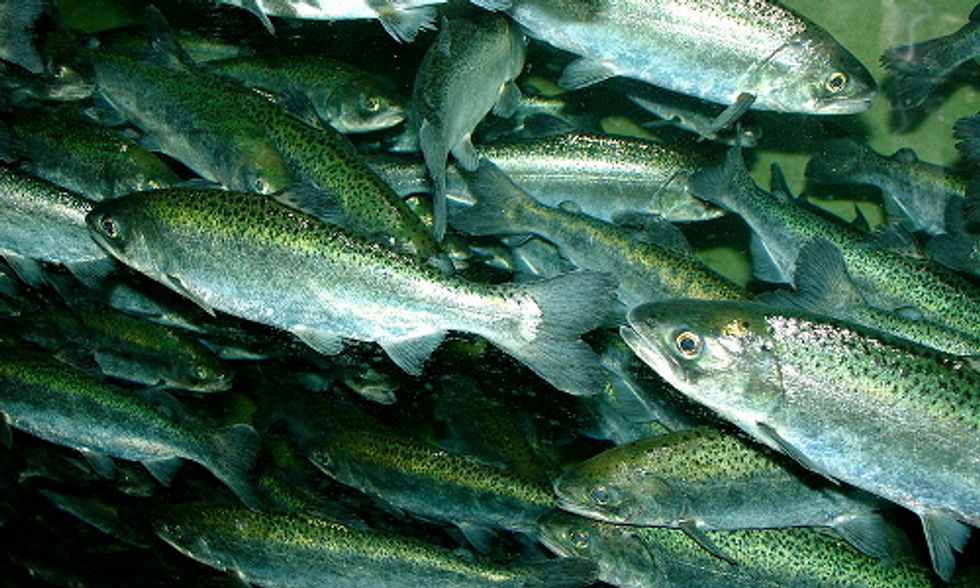 The extent to which global demand for seafood is outpacing the sustainable yield of fisheries can be seen in shrinking fish stocks, declining catches and collapsing fisheries, according to the Earth Policy Institute.

Overfishing has led to some disturbing facts that are difficult to ignore, according to the Earth Policy Institute. Photo credit: Wikimedia Commons

Given these alarming trends, here are some need-to-know facts compiled by Earth Policy Institute showing the state of fisheries and people's growing reliance on farmed fish:

More than 80 percent of the world’s fisheries are either considered fully exploited, with no room for safely increasing the catch, or they are already overfished and in need of rebuilding.

Small forage fish account for more than half the food supply in 36 countries, including the Maldives, the Philippines and Ghana.

"It’s not just the well-known predatory fish like the endangered bluefin tuna that need a break. Scientists recommend catch reductions of roughly 50 percent for many forage fish—small plankton-eaters such as sardines, anchovies, and herring that are staples for larger fish and other predators," said Earth Policy Institute Research Associate J. Matthew Roney.

People will likely eat more fish from farms than from the wild in 2014, a historical milestone. As the world’s oceans are fished to their limits, any increase in world fish consumption will come from farms.

Fish farming output is expected to increase 33 percent by 2021.

In 2012, world farmed fish production topped beef production for the first time ever.

Scale Back and Rebuild

Some aquacultural producers are scaling back. Between 1995 and 2007, the fishmeal content in shrimp feed dropped from 28 percent to 18 percent. The drop was even more dramatic for salmon, from 45 percent to 24 percent.

"The modern fishing industry that evolved to meet our ever-growing demand for fish and shellfish has created a situation where most fish stocks are maxed out or worse," said Roney. "It appears that there is little prospect for increasing the wild catch much further."

In fact, because widespread overfishing is already undermining oceanic food webs as well as the economic and food security of millions of people, it is clear that sharp catch reductions are needed for many fisheries. Leaving more fish in the ocean now to grow and breed is an investment that pays big dividends in future fisheries productivity."

Is Farmed Salmon Safe to Eat?