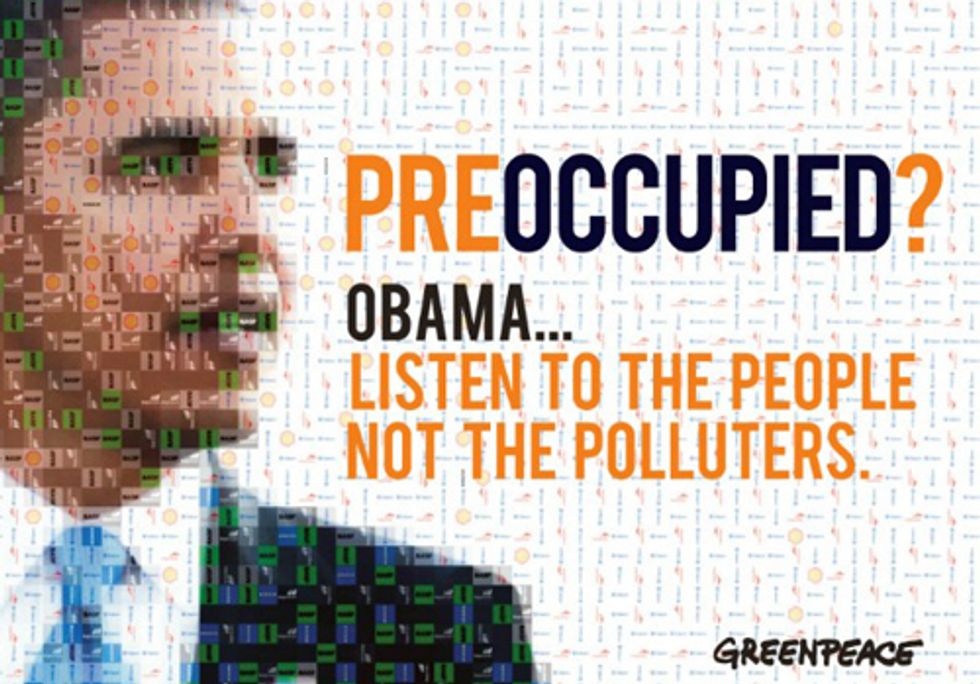 Today, nearly 70 environmental and health organizations sent a letter to President Obama asking him to step up and be a strong climate leader. The deepening climate crisis is without question. What we do to solve it is the challenge. The letter rightly notes that “our response will leave an historic legacy.”

Climate leadership in this time of crisis means not only moving ahead with clean energy, but also tackling the dirty. As the letter points out, we need to use existing Clean Air Act authority to reduce dangerous carbon emissions, particularly from power plants and we need to reject dirty fuels, beginning with rejection of a permit for the proposed Keystone XL tar sands pipeline. Tackling climate change is not a luxury—it is a necessity to preserve our economic and physical well-being. Our children’s future is our present responsibility and not something we can keep putting off for the next set of leaders to wrestle with.

America is not alone in falling behind on responding to the science of climate change. At the recent international climate negotiations, UN climate chief Christiana Figueres told the press: "There is a huge lag between the international policy response and what science is telling us."

America has an opportunity to lead internationally, but this is going to take White House leadership at home as well. From the oil industry’s perspective there is a new development boom happening with sources of oil that used to be considered too technically difficult to extract such as Canadian tar sands. These “dirty fuels” also happen to be incredibly destructive of our health, land, air and water. And only a high price for oil allows these fuels to be economically viable. Unfortunately, Canadian tar sands is just the start of the oil industry going after dirtier and more expensive unconventional fuels that can be found around the world. And a continued dependence on such fuels can only make climate change worse at a time we need to be moving off of fossil fuels altogether to cleaner forms of energy.

A growing number of people in the U.S. see and feel the need to fight climate change. For a long time, climate change seemed like something that would happen in the far future and far from American shores. We now know that climate change is happening here and now. Sadly this realization has come only after the last few years brought extreme weather including violent storms, fires, floods, and droughts to our doorsteps and pocketbooks. A growing number of people now realize that climate change is more than seemingly small changes in global temperature, but large changes in rainfall, snow, heat and wind that radically change the weather we are used to dealing with. People are suffering real damage to their health, homes and communities. We only have to look at Hurricane Sandy on the U.S. east coast as the most recent example of the real costs of climate change.

Yet even as public concern rises, political leaders are slow to follow. Climate change is a global problem. There is no way to solve this problem without American participation and leadership. When people look back at this time, our leaders will be held responsible for how quickly we were able to mobilize to fight the clear dangers of climate change. As the melting Arctic shows, climate change is happening on a global scale and faster than predicted. Even since the last U.S. inaugural, we have experienced major consequences due to climate change. America has the opportunity to lead the charge to fight climate change. But that means bold and decisive action now through climate leadership, curbing carbon emissions at home and rejecting dirty fuels worldwide.