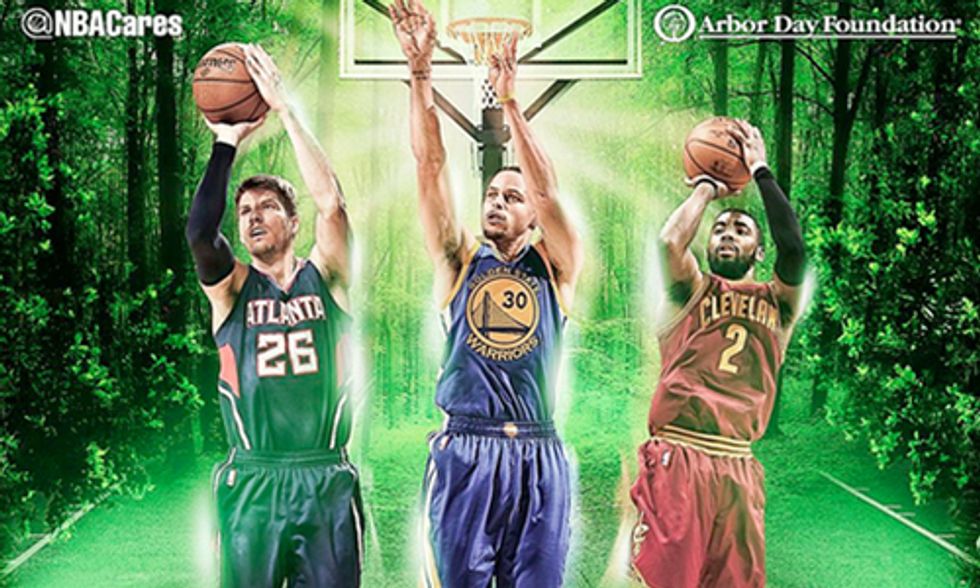 The NBA is devoting an entire week of programs to engaging fans in sustainability and generating awareness to help strengthen communities and protect the environment. This year, the 2015 NBA Green Week started on Sunday, March 22 and will run until March 29. In partnership with the Green Sports Alliance, the NBA is the only professional sports league to dedicate an entire week every year to educating fans about environmental stewardship with simple steps they can do at home.

The 2015 NBA Green Week presented by Sprint will see teams and players participating in greening programs and events that encourage fans to take on green "three pointers" that focus on ways to reduce, reuse, recycle, which aim to help fans to be more environmentally responsible at home and throughout their communities.

The NBA has a number of national environmental programs and communications during NBA Green Week. These include:

Throughout NBA Green Week, NBA teams and players will take part in environmental initiatives across the country. These include in-arena awareness nights, recycling programs, hands-on service projects, and tree planting campaigns that encourage fans to join in greener activities with their favorite teams. The many NBA team activations during Green Week include:

Join your favorite NBA team and get in on the Green Week action this week by taking some of the following simple steps that the NBA is sharing with fans around the world:

Is ‘Sustainable Beef’ an Oxymoron?