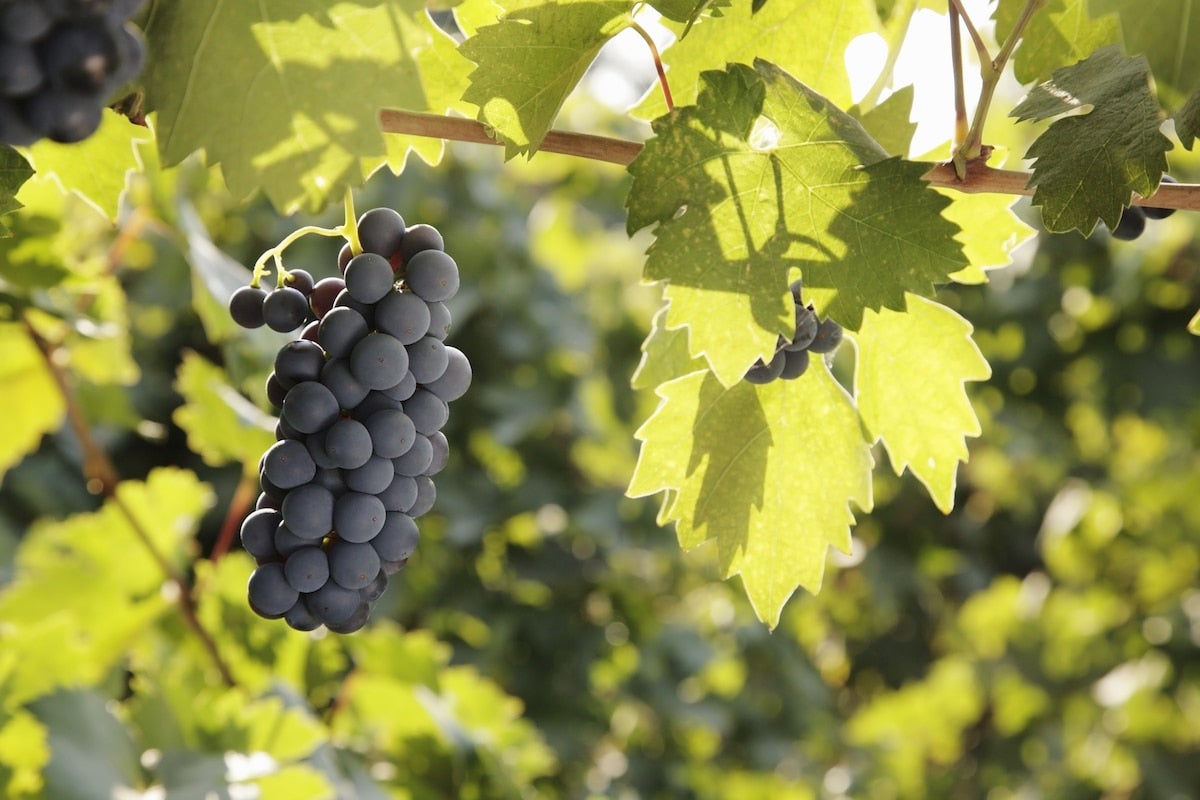 The idea of winemaking may evoke an image of a hilly, sun-blanketed vineyard; a vision of humans working with nature to produce something blissful and decadent. What could be more natural than crushing grapes so that their skins naturally ferment, creating a beverage with a taste that represents the personality of the region where it was grown?

So all wine is natural, right?

According to Geoff Scollary, an adjunct professor at Charles Sturt University in Australia whose first experience with “natural” wines was 20 years ago in Paris, when making natural wine the general objective is that there be “as little human intervention as possible” during the entire process, The Conversation reported.

The idea of “natural wine” was born, as all things gastronomique, in France. According to Old Liquors Magazine, the natural wine movement began with a group of Loire Valley growers in the 1950s.

Since then, natural wine has become part of French culture and has been given formal recognition under the designation “Vin Méthode Nature.”

In the glossary of his upcoming book Lodi!: The Definitive Guide and History of America’s Largest Winegrowing Region — to be released next month — California wine journalist and photographer Randy Caparoso describes “Natural wine” as basically fitting the description of the requirements for a Vin Méthode Nature designation in France.

“Vin Méthode Nature wines must be produced by hand-picked grapes from certified organic vines and vinified with indigenous yeast,” the glossary of Lodi! states. “In the winery, cross-flow filtration, flash pasteurisation, thermovinification and reverse osmosis are prohibited.”

The glossary goes on to say that a maximum of 30 milligrams per liter of sulfites are permitted for a wine to qualify as “natural” in France, and there are two different logos, one for natural wines with sulfites and one for those without.

But why add sulfites to wine at all?

“Sulfur dioxide is naturally found in wines and is a byproduct of fermentation, but most winemakers choose to add a little extra to prevent the growth of undesirable yeasts and microbes, as well as to protect against oxidation,” said Dr. Vinifera of Wine Spectator.

Caparoso told EcoWatch in an email that while some “natural” winemakers skip the addition of sulfites, they are in the minority.

So, how do natural wines differ from “conventional” wines?

“What makes many natural style wines different is that usually the objective is to produce wines to meet a different expectation, such as the expression of a specific appellation or vineyard, or in a different (yet often related) case, the artistic sensibilities of a winemaker or winery owner — placing the pursuit of commercial expectations in a position of secondary importance,” Caparoso told EcoWatch.

Once the grapes used to make natural wine have fermented, a cloth filter is sometimes used to catch larger grape or yeast material, but more technologically advanced filtration processes are not permitted in the natural winemaking process, according to Scollary, as The Conversation reported. Thus, the end product of natural winemaking has a cloudy appearance in the bottle.

While the cloudiness of natural wine might be unfamiliar, that complexity of appearance might just lead to some delightfully intricate taste results.

“Natural wines are different in appearance and taste. Although my early experience to these wines was not always favourable, production methods have matured. While many remain cloudy, as they are unfiltered, the palate structure can show the length and depth that I chase when selecting wine,” Scollary stated, as reported by The Conversation.

As with conventional wines, natural wines offer a sparkling variety, which Scollary said recalls the origins of fermentation.

“Natural sparkling wines — commonly referred to [as] Pétillant-Naturel or simply Pet Nat — are one of my favourites. Made by the ancestral method, fermentation begins in an open tank and, at some point, it is transferred to bottle to finish,” Scollary said, The Conversation reported. “The wine is amazingly refreshing, albeit cloudy and lightly sparkling (about half the pressure of champagne). There is no secondary fermentation and no additives – the yeast is indigenous to the grape.”

Caparoso told EcoWatch that some of his favorite wines in the world are those that convey a feeling of the region where their grapes were grown.

“I personally do, in fact, favor wines that express terroir, or ‘sense of place’ (could be an appellation or region, or it could be a specific vineyard or block) over wines that do not because, in my mind, the most interesting wines in the world are those that remain as faithful as possible to their vineyard sources. Wines that taste like where they come from are simply more interesting to me,” said Caparoso.

Some of Caparoso’s favorite natural wines are, not surprisingly, from France, a place that has been making wine into an artform since the sixth century B.C.

“[W]ines produced by, say, Domaine Tempier in France’s Bandol, the Cassis blanc from Clos Ste. Magdelaine, whites made by Marcel Deiss in Alsace, or wines crafted by Greg La Follette from grapes grown in Sonoma Coast and Lodi — these are some of my favorite wines in the world,” Caparoso said to EcoWatch.

For Caparoso, the enjoyment of wine is, it seems, akin to an artistic appreciation of beauty.

“Like many people, I drink wine for pleasure, but when I think of pleasure I also think of intellectual stimulation, since the best wines, to me, also appeal to my sense of aesthetics. Therefore, to me, the most interesting wines not only taste good, they also represent something that goes well beyond their actual taste,” Caparoso said.

Caparoso added that an increasing number of Americans have begun to recognize the virtues of natural wines.

“[T]here is a growing minority of consumers in the U.S. who have come to appreciate natural tastes reflecting place rather than ‘product’ appeal, a winemaker’s vision rather than a brand’s predictable or consistent style,” said Caparoso. “As Americans increase their appreciation of wines in terms of where they’re grown and how they are made, they naturally gravitate towards wines that are made less as commercial products and more as artistic expressions.”

Since natural wines have a much longer history in European countries, Caparoso said appreciation for natural wines in the U.S. is bound to grow.

“I always point to wine regions in Europe as sufficient evidence for how wine appreciation is bound to evolve in places like the U.S. Consumers in the U.S. are bound to increase their appreciation of natural style wines in the same way as Europeans because this is how wine industries and wine appreciation naturally evolve over time,” Caparoso said. “The Europeans have had at least a 100-years head start on Americans, but Americans will eventually catch up… ”

Wine has become a fixture in cultures all over the world as much more than a beverage; it is often an ingredient of cardinal importance to the symphonic balance of a meal — sometimes even the melody that holds its components together. And with subtleties that can be lost in commercial winemaking, natural wines seem especially suited to this purpose.

“[W]ine has endured as a beverage of choice for over 2,000 years precisely because, fundamentally, it is as natural a product as an alcoholic beverage can be,” Caparoso told EcoWatch. “Wine becomes a craft and art form once someone endeavors to influence this natural process… But when all is said and done, it is the sensory make-up of wine that has proven to be so compatible with the foods we love to prepare and eat, fitting into the endless social settings in which wines are consumed.”