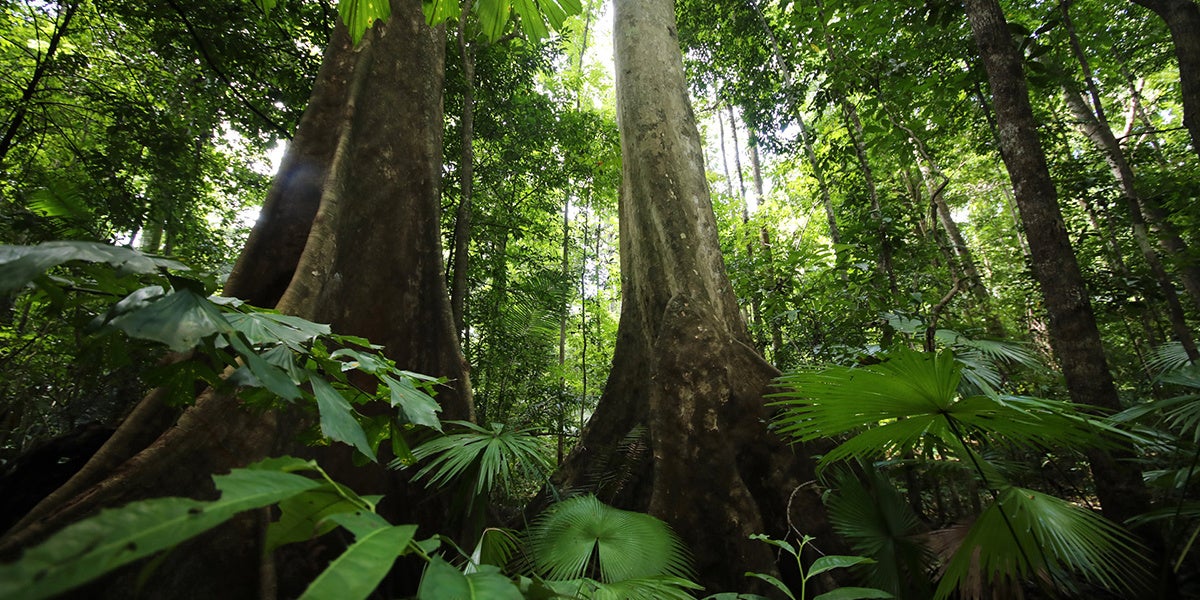 In a remote village on the Indonesian island of Sulawesi lies a small garden of near-mythic repute—a place whose stewards grow not mere plants, but hopes and cures that have served the community for generations.

Packed into a single hectare (2.5 acres) in a Pakuli Induk village, in the Central Sulawesi province, are 400 different types of herbal plants, first collected and grown by Sahlan, a shaman or sando, from the Kaili tribe.

Like a real-life Getafix, Sahlan relied on plants that grow in the area to treat the needs of the villagers, venturing deep into the forest to pick the ingredients for herbal remedies for everything from sore eyes to kidney problems to ovarian cysts. The son of shamans, he was bequeathed the small lot for a garden in 1999 by the local chief, who was taken by Sahlan’s passion for his craft.

Nearly 20 years on, Sahlan now practices traditional medicine in Palu, the provincial capital, and has left the running of the garden to the children and young adults of the Assyfa orphanage.

“It was Sahlan who taught us at first,” said Risfa, 21, one of the 70 youths at the orphanage now tasked with caring for the garden.

Risfa then rattles off a list of plants grown there and their purported qualities: kada buku, whose leaves are used to treat external wounds; kanuna, believed to be effective in the treatment of ovarian cysts; keji beling, prescribed for kidney and appendix problems; kulei, whose sap is used as eye drops; and mavana, said to cure coughing in children.

There’s also the ginseng-like root of the tudong layu plant, which, also like ginseng, is said to help treat erectile dysfunction. “It’s best to mix it with eggs and honey,” Finra, another of the caretakers, said while laughing. 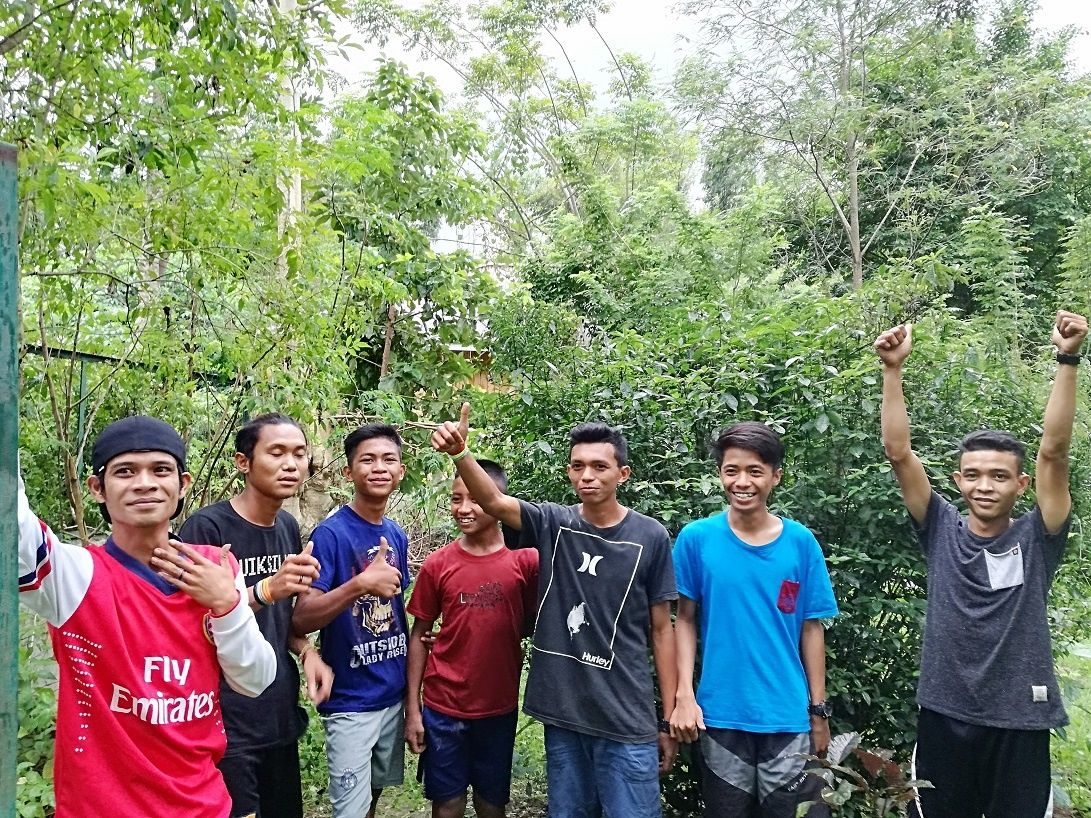 As in most other parts of rural Indonesia, traditional medicine is the only kind of healthcare most people here have access to. In 2015, there were all of 12 medical professionals registered in Sigi district, where the Pakuli Induk district is located, according to the national statistics agency; of those, only two were doctors, serving a population of nearly 230,000.

“Sando are believed to be more effective” than medical doctors, said Amran Tambaru, a local environmental activist. He added that for communities like Pakuli Induk, shamans are often the first choice of health provider.

It’s little wonder, then, that Sahlan’s garden plays a central role in the lives of the villagers, who can buy a packet of mixed herbs tailored to treat specific ailments for about $2. Zainal, a former charge of the orphanage, said many of the plants grown in the garden are also found around the village. But the villagers are welcome to come in and pick, for free, any herbs they can’t find elsewhere, as long as they ask for permission first. 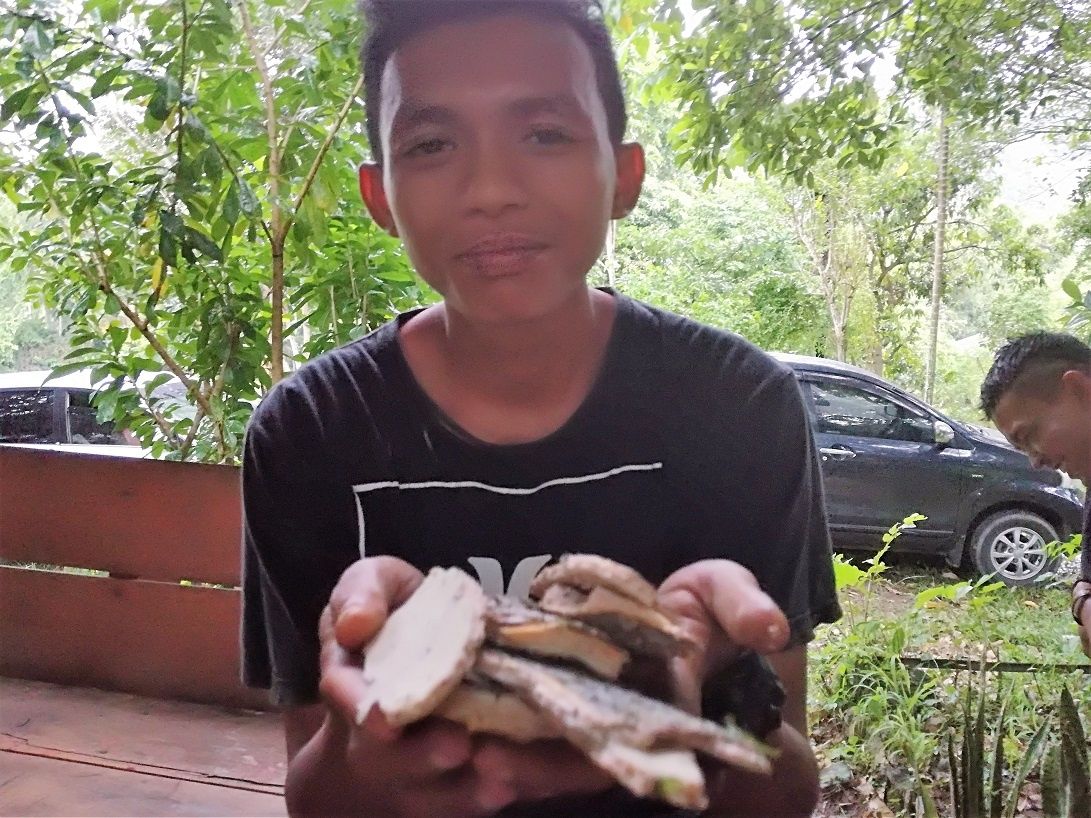 A man shows the bark of a tree called Lengaru, which is used to treat headache, cyst and other diseases. Wahyu Chandra / Mongabay Indonesia

The reverence with which the community has long regarded traditional medicine, and by extension the plants on which it is based, has cultivated a respect for the environment that holds to this day. Any activity with the potential to disrupt the integrity of the natural ecosystem is strictly regulated to minimize damage.

Logging, for instance, can only be carried out if the timber is to be used to build a house. Even then, it requires permission from the village council, who also determine the location within the forest where trees may be felled. Violations of any of these rules is punishable by fines in the form of money or livestock—a serious financial setback in a community of subsistence farmers.

Similar rules are in place to protect the wildlife. Pakuli Induk’s forests are rich in fauna, bordering Lore Lindu National Park. The 2,180-square-kilometer (840-square-mile) reserve is home to 77 species of birds found only in Sulawesi, including the rare and endangered maleo (Macrocephalon maleo), a striking-looking fowl with a black helmet casque atop its head.

A captive-breeding center has been set up for the maleo in the Pakuli Induk forest. The bird is considered sacred among the community, and the punishment for any attempt to poach it is suitably severe.

“If anyone dares try to catch one, they can be fined a water buffalo,” said Zainal, noting that the high value and scarcity of buffalo make them a commodity not worth losing.

For the villagers, the forest and its plants and animals have long been a source of sustenance and well-being. And thanks to the orphans of Pakuli Induk, the stewardship of the local environment appears to be in safe hands.