Natural Gas from Shale Not Suitable as 'Bridge Fuel,' May Worsen Climate Change 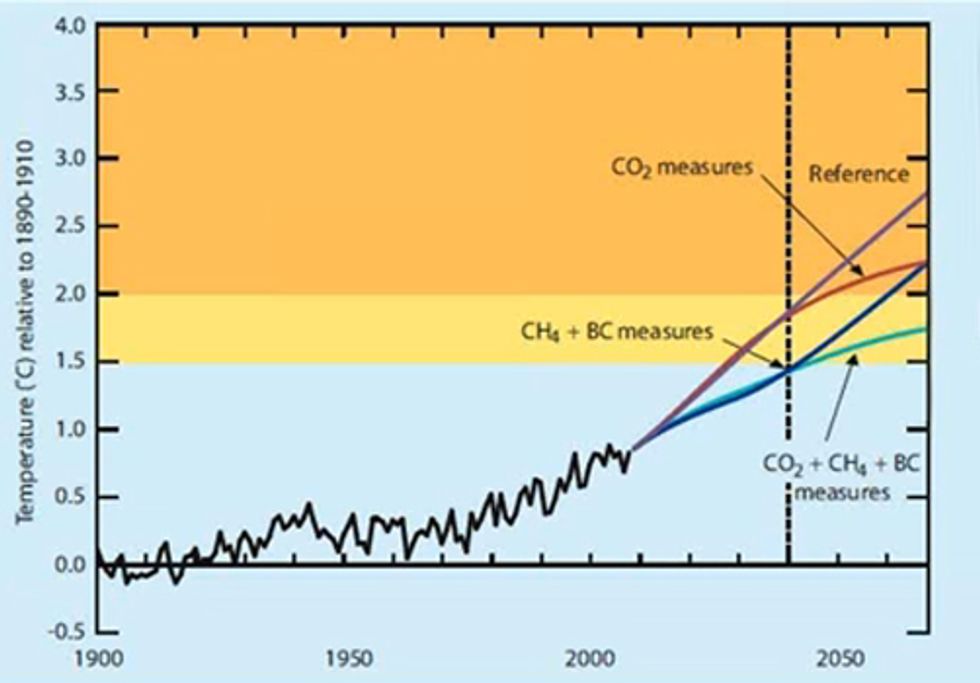 Far from being a “solution” to climate change, natural gas extracted from shale is a huge contributor of greenhouse gases when both methane and carbon dioxide are considered, according to a major new study by three Cornell University researchers.

Methane, which is a far more powerful greenhouse gas than carbon dioxide, is the culprit, according to the report.

The study Venting and Leaking of Methane from Shale Gas Development, is the work of professor Robert Howarth and Renee Santoro, researchers in the Department of Ecology & Evolutionary Biology, Cornell University, and Anthony Ingraffea, a professor in the School of Civil and Environmental Engineering at Cornell.

The study follows up on the author’s groundbreaking April 2011 paper, which provided the first comprehensive analysis of greenhouse gas emissions from shale gas obtained by hydraulic fracturing, with a focus on methane emissions. Rather than understating the impact by looking only at shale gas used for electricity generation (just 30 percent of U.S. usage), the studies also look at heat generation (the largest use) over both a 20- and 100-year time frame. The new paper emphasizes this 20-year time frame, and analyzes the U.S. national greenhouse gas inventory in that context.

The 20-year time frame is particularly important, the authors explain, because it may well be the timing for a “tipping point” for climate change if emissions are not brought under immediate control. The new paper builds on major new findings from the United Nations and from researchers at NASA published over the past six months, highlighting the urgent need to immediately reduce methane pollution globally.

Robert W. Howarth, David R. Atkinson professor, Department of Ecology & Evolutionary Biology, Cornell University, said: “We believe the preponderance of evidence indicates shale gas has a larger greenhouse gas footprint than conventional gas, considered over any time scale. The greenhouse gas footprint of shale gas also exceeds that of oil or coal when considered at decadal time scales, no matter how the gas is used. We stand by the conclusion of our 2011 research: ‘The large [greenhouse gas] footprint of shale gas undercuts the logic of its use as a bridging fuel over coming decades, if the goal is to reduce global warming.’”

Anthony Ingraffea, Dwight C. Baum professor, School of Civil and Environmental Engineering, Cornell University, said: “Can shale-gas methane emissions be reduced? Clearly yes, and proposed EPA regulations to require capture of gas at the time of well completions are an important step. Regulations are necessary to accomplish emission reductions, as economic considerations alone have not driven such reductions. And it may be extremely expensive to reduce leakage associated with aging infrastructure, particularly distribution pipelines in cities but also long-distance transmission pipelines, which are on average more than 50 years old in the U.S. Should society invest massive capital in such improvements for a bridge fuel that is to be used for only 20 to 30 years, or would the capital be better spent on constructing a smart electric grid and other technologies that move towards a truly green energy future?”

According to the report:
• The natural gas industry dominates methane emissions for the U.S., contributing 39 percent of the nation’s total methane emissions.
• On an overall basis, methane makes up 44 percent of all greenhouse gas emissions when considered on the 20-year time frame after emission, including all gases and all human activities.
• The methane emissions from natural gas systems make up 17 percent of the entire man-made greenhouse gas emission inventory of the U.S., when viewed through the lens of the 20-year time frame.
• When viewed on the time scale of 100 years following emission, the importance of methane is substantially reduced, but the shorter time frame is critical, given possible tipping points in the global climate system over the coming few decades.

For more information, click here. To listen to the streaming audio of the Jan. 19 telenews event, click here.