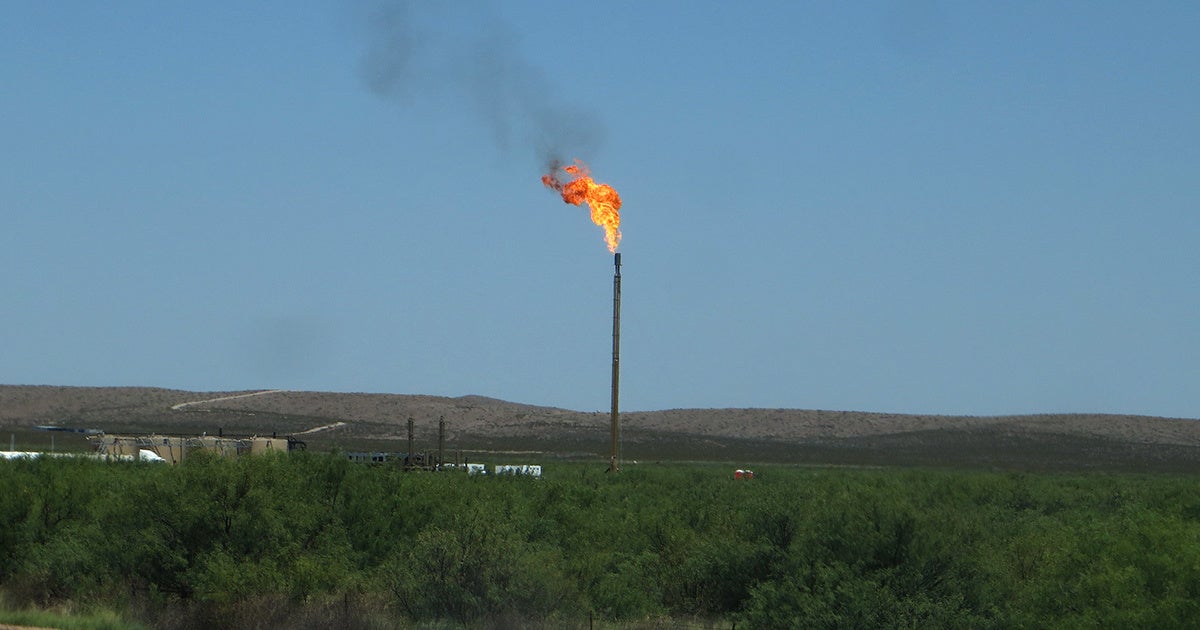 The Trump administration has found a new way to boost the reputation of fossil fuels: associate them with the cherished American value of freedom!

While announcing an increase in exports from a Texas liquified natural gas (LNG) terminal Tuesday, the Department of Energy (DOE) referred to the energy source as “freedom gas.”

“Increasing export capacity from the Freeport LNG project is critical to spreading freedom gas throughout the world by giving America’s allies a diverse and affordable source of clean energy,” U.S. Undersecretary of Energy Mark Menezes said in a press release.

Further down in the release, the rhetoric continued.

“I am pleased that the Department of Energy is doing what it can to promote an efficient regulatory system that allows for molecules of U.S. freedom to be exported to the world,” Assistant Secretary for Fossil Energy Steven Winberg, who signed the export order, said.

New York Magazine traced the origin of the phrase to an interview with Energy Secretary Rick Perry earlier this month:

On May 7, Energy Secretary Rick Perry — the dark-horse pick for Trump’s most competent Cabinet member — announced in Brussels that the U.S. intends to double liquefied natural gas exports to Europe by 2020. Comparing energy diversification to the American effort to liberate occupied Europe in World War II, Perry said that “the United States is again delivering a form of freedom to the European continent.” The Energy secretary added, “Rather than in the form of young American soldiers, it’s in the form of liquefied natural gas.”

Hoping to clarify the bizarre analogy, a European reporter asked if “freedom gas” would accurately describe American natural gas shipments to Europe. “I think you may be correct in your observation,” Perry replied. With this frighteningly dumb exchange, the term “freedom gas” was born, and less than a month later, it is appearing in official DOE press releases.

But he also explained to The Washington Post that it did have a certain logic. U.S. natural gas exports to parts of Europe can provide more energy security and offer an alternative to Russian products and prices.

But Bordoff also said the Trump administration didn’t always offer its exports in the spirit of freedom.

“[T]he impact of U.S. LNG exports on the global market after government permits are issued is one that depends on market forces and private sector decisions and this administration, in the spirit of promoting ‘freedom gas,’ has often pressured Europe to buy our gas instead of Russia’s gas,” he told The Washington Post. “I worry about the extent to which rhetoric like this risks politicizing a commodity whose very benefits derive from the fact that it is market-driven.”

Others worried about promoting natural gas as greenhouse gas emissions threaten to destabilize the earth’s climate.

Washington Governor Jay Inslee, who is running for president on a platform of tackling climate change, likened the rebrand to the attempt to relabel “French fries” as “freedom fries” during the lead up to the Iraq War.

BBC News pointed out that the language comes from an administration that has sought to roll back emissions controls introduced by former President Barack Obama and promised to withdraw the U.S. from the Paris agreement.

The press release also comes the same week as a New York Times investigation revealed that the Trump administration is seeking to alter the methodology of government climate reports to paint a less dire picture of the consequences of burning fossil fuels.