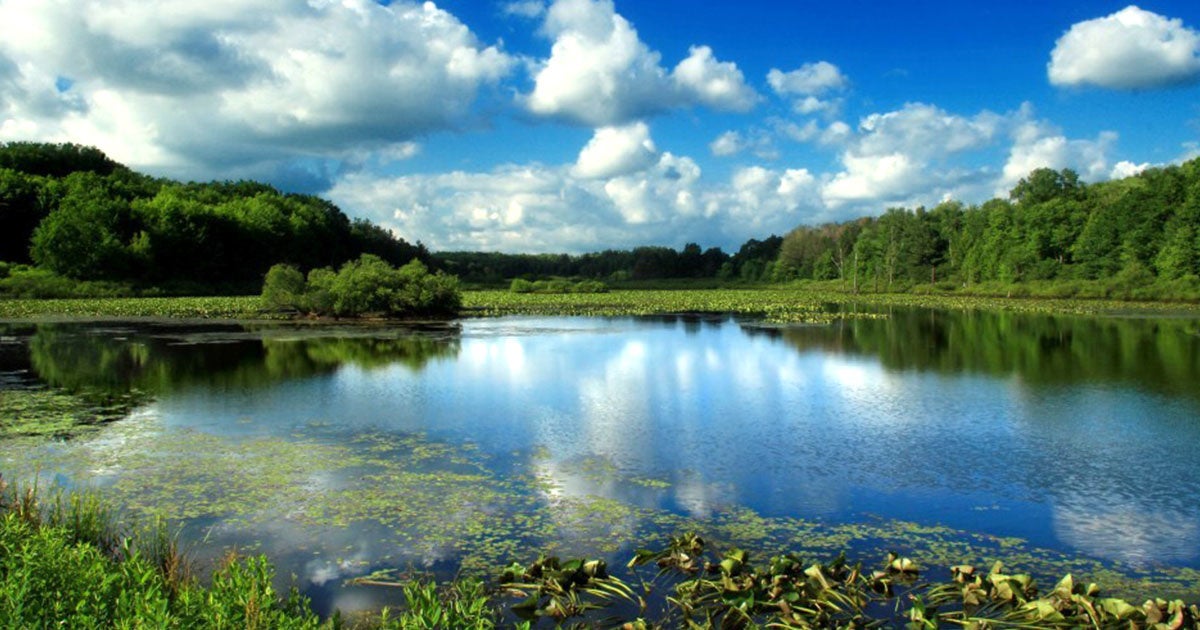 A new campaign launched Wednesday calls for "drawing carbon dioxide out of the air by protecting and restoring ecosystems." Nicholas Tonelli / Flickr

A group of activists, experts and writers on Wednesday launched a bold new campaign calling for the “thrilling but neglected approach” of embracing nature’s awesome restorative powers to battle the existential crises of climate and ecological breakdown.

Averting catastrophic global warming and devastating declines in biodiversity, scientists warn, requires not only overhauling human activities that generate planet-heating emissions — like phasing out fossil fuels — but also cutting down on the carbon that is already in the atmosphere.

In a letter to governments, NGOs, the U.N. Convention on Biological Diversity and the U.N. Framework Convention on Climate Change, the Natural Climate Solutions campaign calls for tackling these crises by not only rapidly decarbonizing economies, but also by “drawing carbon dioxide out of the air by protecting and restoring ecosystems.”

“By defending, restoring and re-establishing forests, peatlands, mangroves, salt marshes, natural seabeds, and other crucial ecosystems, very large amounts of carbon can be removed from the air and stored,” the letter says. “At the same time, the protection and restoration of these ecosystems can help to minimize a sixth great extinction, while enhancing local people’s resilience against climate disaster.”

The letter urges the politicians, nonprofits and international bodies to support such solutions with research, funding and political commitment — and to “work with the guidance and free, prior and informed consent of indigenous people and other local communities.”

The campaign also put out a short video that outlines “how nature can save us from climate breakdown.”

The video notes that “exotic and often dangerous schemes have been proposed” to reduce atmospheric carbon — referencing controversial geoengineering suggestions favored by some politicians and scientists — “but there’s a better and simpler way: let nature do it for us.”

Writer and environmentalist George Monbiot, a leader of the campaign, laid out the scientific support for this approach to carbon drawdown in an essay on the campaign’s website as well as in his Wednesday column for The Guardian.

Detailing the potential impact of restoring lands worldwide, Monbiot wrote for the newspaper:

The greatest drawdown potential per hectare (though the total area is smaller) is the restoration of coastal habitats such as mangroves, salt marsh and seagrass beds. They stash carbon 40 times faster than tropical forests can. Peaty soils are also vital carbon stores. They are currently being oxidized by deforestation, drainage, drying, burning, farming, and mining for gardening and fuel. Restoring peat, by blocking drainage channels and allowing natural vegetation to recover, can suck back much of what has been lost.

“Scientists have only begun to explore how the recovery of certain animal populations could radically change the carbon balance,” he acknowledged, pointing to forest elephants and rhinos in Africa and Asia and tapirs in Brazil as examples.

“Instead of making painful choices and deploying miserable means to a desirable end,” Monbiot concluded, “we can defend ourselves from disaster by enhancing our world of wonders.”

“Healing and restoring the natural world is key to carbon drawdown,” Klein tweeted Wednesday, “plus it makes life fuller and richer and can create millions of jobs.”

Proud to be part of this great call. When we think about a #GreenNewDeal we tend to focus on the built environment – but healing and restoring the natural world is key to carbon drawdown, plus it makes life fuller and richer and can create millions of jobs. https://t.co/532LtBTWQ6

Despite the high profiles of many supporters, the campaign launch did not attract the attention of the corporate media.

Monbiot took to Twitter to call out broadcast outlets for failing to cover not only the climate and ecological crises, but also potential solutions like those offered by the new campaign. As he put it, “They are living in a world of their own.”

One less than thrilling aspect: despite a concerted effort by a PR company working pro bono with us on #NaturalClimateSolutions, NOT A SINGLE BROADCAST MEDIA OUTLET was prepared to cover this amazing topic, or even to mention our campaign. They are living in a world of their own.

They'll reproduce a rubbish corporate press release, but not a single BBC programme has reported our exciting and well-researched campaign. Corporate proganda, it seems, is all that counts. https://t.co/lPWF2peA6M