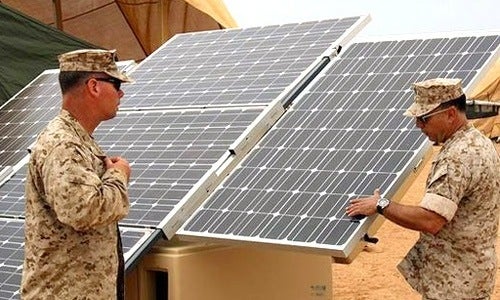 According to its annual report, the North Atlantic Treaty Organization (NATO) plans to increase its investment in renewables and energy efficiency as they “reduce the risk” to troops involved in conflict. 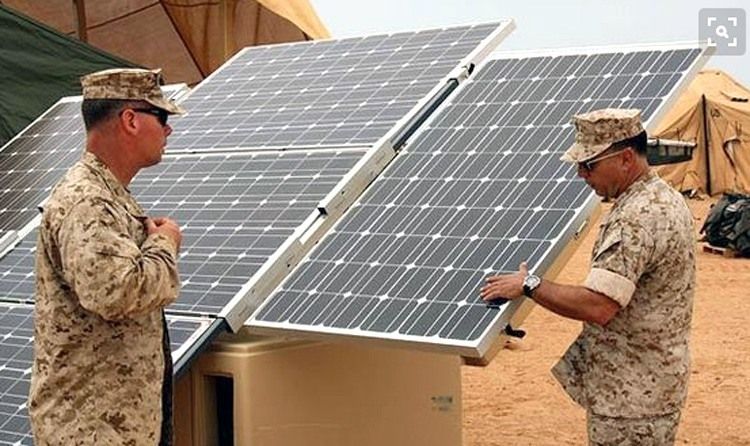 NATO plans to increase its investment in renewables and energy efficiency as they “reduce the risk” to troops involved in conflict. Photo credit: Pew Environment

Smart energy solutions, such as roll-up solar panels, wind power, smart grids and advanced insulation, “can not only save money when less fuel is used, but can also save soldiers’ lives,” the NATO report, released on Thursday, finds. Between 2003 and 2007, an estimated 3,000 soldiers were killed or wounded in Iraq and Afghanistan, transporting fuels to power military bases.

The report also cites the impacts of climate change on international security as part of the reason it is ramping up investments in renewables and energy efficiency.

“Climate change affects not only the natural environment but the security environment as well,” the report says. “NATO is working to improve the energy efficiency of its forces and increase the use of renewable energy in the military.”

NATO enumerated a number of its activities in 2015 that emphasize the link between energy and security:

International security experts have been concerned about energy issues and climate impacts for a number of years. In October, NATO warned that climate change is a significant security threat, saying “its bite is already being felt.” The Pentagon, the world’s top non-state fuel consumer, has also called for climate action.