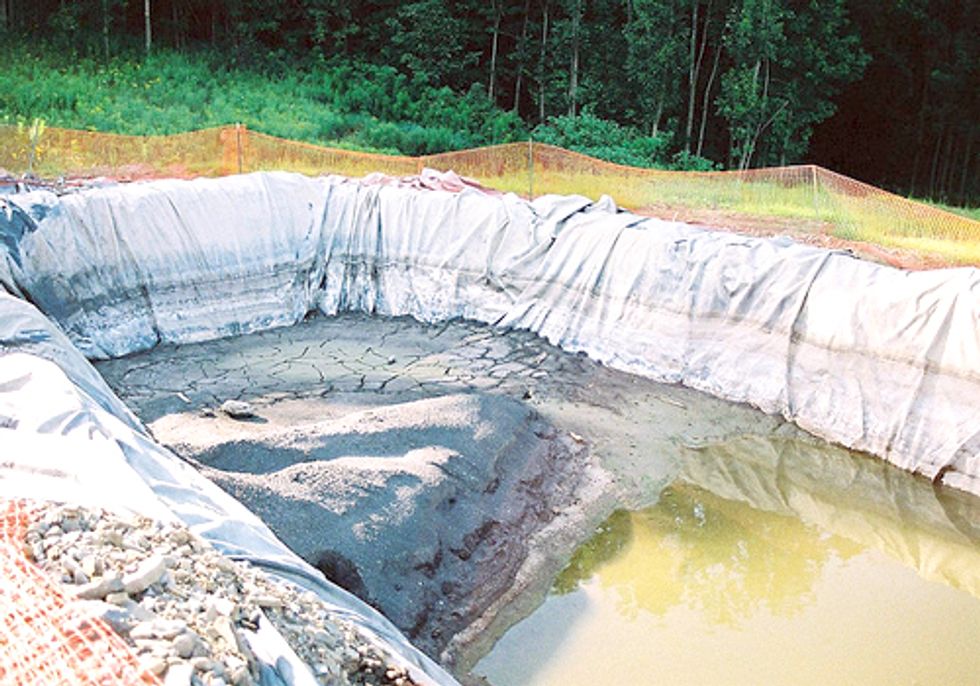 Network for Oil and Gas Accountability and Protection

A fracking wastewater pit. Photo by Helen Slottje via Flickr.

Network for Oil and Gas Accountability and Protection (NEOGAP) and Frackfree America National Coalition (FANC) are coordinating a national grassroots rally called Freedom from Toxic Fracking Waste: National Rally Day. The event on Sept. 12 will help raise public awareness of what the groups believe are serious risks to public health, safety and well-being posed by the millions of gallons of toxic fracking waste continually produced by the shale gas and oil drilling industry.

A national coalition of local coordinators and groups in communities across the U.S. will hold simultaneous rallies throughout the day to shine light on the numerous problems associated with toxic fracking waste and its disposal, including its links to earthquakes, spills and leaks.

“The public is not being fully or adequately informed of the risks of fracking and related processes to public health and safety and well-being," said geologist Susie Beiersdorfer of FANC and Frackfree Mahoning Valley.

"We are calling for increased transparency and public awareness about the truth of toxic fracking waste, which can contain naturally occurring radioactive material and numerous toxic chemicals or known carcinogens, like benzene, toluene, ethylbenzene and xylene, that could find their way into drinking water sources or into soil and air via leaks, surface spills near waterways or well casing failures.”

The groups believe that the rosy picture of drilling for oil and gas painted by slick, expensive radio and television advertisements by the gas and oil industry does not represent the real experiences of many everyday concerned citizens who live near injection wells or along the routes where fracking waste is, or will be, transported and possibly spilled. The groups say that there are too many unanswered questions about fracking waste, partially because gas and oil companies are exempt from the Safe Drinking Water Act.

According to the coalition, every newly permitted fracking well will result in millions of gallons of toxic fracking wastewater being created, transported and disposed of. Although the fracking waste is frequently referred to by the industry or others as “brine,” “saltwater,” or “produced water,” the groups believe that these euphemistic terms are highly misleading and give the public a false sense of reassurance about the alleged safety of the fracking waste.

“The truth is that the risks imposed by the production, transport and disposal of toxic fracking waste are creating a serious public health problem," said Vanessa Pesec of NEOGAP.

FANC and NEOGAP cite a Columbus, Ohio news story that illustrates how not knowing the components of fracking waste can put communities and first responders at unnecessary risk. They ask: How can cities and townships effectively prepare for an emergency when they don’t know what the substance is that they are dealing with?

The groups say that even though the following news story is from Columbus, the news report is relevant for every state that faces the possibility or present reality of fracking, which will result in the need to transport and dispose of waste, thereby increasing the chance for spills and leaks.