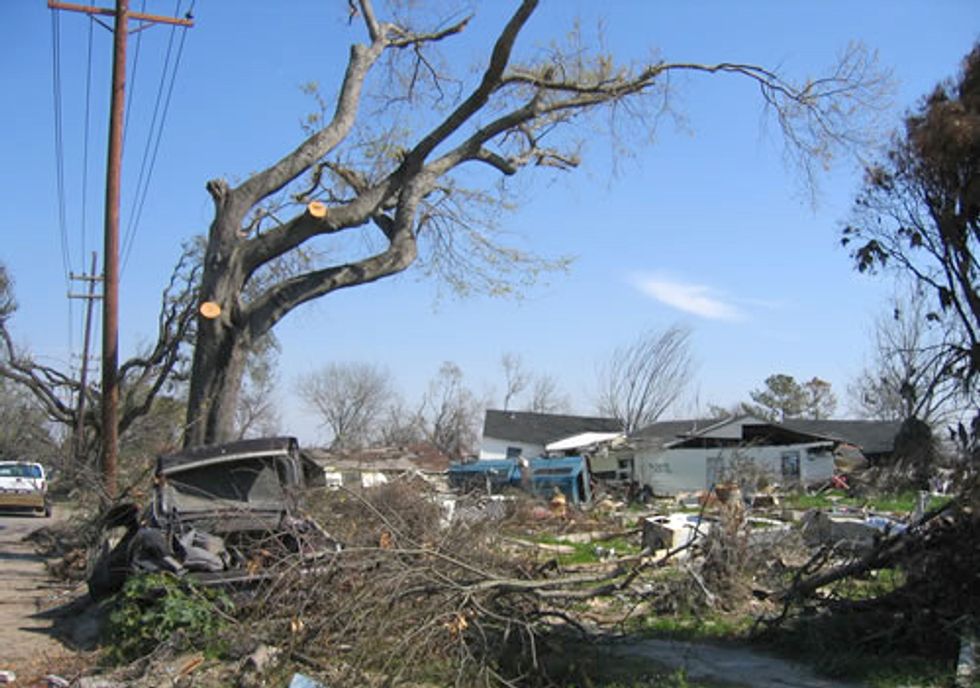 National results indicate that tree cover in urban areas of the U.S. is declining at a rate of about 4 million trees per year, according to a U.S. Forest Service study published recently in Urban Forestry & Urban Greening.

Tree cover in 17 of the 20 cities analyzed in the study declined while 16 cities saw increases in impervious cover, which includes pavement and rooftops. Land that lost trees was for the most part converted to either grass or ground cover, impervious cover or bare soil.

Of the 20 cities analyzed, the greatest percentage of annual loss in tree cover occurred in New Orleans, Houston and Albuquerque. Researchers expected to find a dramatic loss of trees in New Orleans and said that it is most likely due to the devastation of Hurricane Katrina in 2005. Tree cover ranged from a high of 53.9 percent in Atlanta to a low of 9.6 percent in Denver while total impervious cover varied from 61.1 percent in New York City to 17.7 percent in Nashville. Cities with the greatest annual increase in impervious cover were Los Angeles, Houston and Albuquerque.

“Our urban forests are under stress, and it will take all of us working together to improve the health of these crucial green spaces,” said U.S. Forest Service Chief Tom Tidwell.  “Community organizations and municipal planners can use i-Tree to analyze their own tree cover, and determine the best species and planting spots in their neighborhoods. It’s not too late to restore our urban forests—the time is now to turn this around.”

The benefits derived from urban trees provide a return three times greater than tree care costs, as much as $2,500 in environmental services such as reduced heating and cooling costs during a tree’s lifetime.

Forest researchers David Nowak and Eric Greenfield of the U.S. Forest Service’s Northern Research Station used satellite imagery to find that tree cover is decreasing at a rate of about 0.27 percent of land area per year in U.S. cities, which is equivalent to about 0.9 percent of existing urban tree cover being lost annually.

“Trees are an important part of the urban landscape,” according to Michael T. Rains, director of the Northern Research Station. “They play a role in improving air and water quality and provide so many environmental and social benefits. As our Forest Service Chief says, ‘…urban trees are the hardest working trees in America.’  This research is a tremendous resource for cities of all sizes throughout the nation.”

Nowak and Greenfield completed two analyses, one for 20 selected cities and another for national urban areas, by evaluating differences between the most recent digital aerial photographs possible and imagery dating as close as possible to five years prior to that date. Methods were consistent but imagery dates and types differed between the two analyses.

“Tree cover loss would be higher if not for the tree planting efforts cities have undertaken in the past several years,” according to Nowak. “Tree planting campaigns are helping to increase, or at least reduce the loss of, urban tree cover, but reversing the trend may demand more widespread, comprehensive and integrated programs that focus on sustaining overall tree canopy.”

Only one city, Syracuse, N.Y., exhibited an overall increase in tree cover. However, the increase was dominated by European buckthorn (Rhamnus cathartica), an invasive small tree/shrub from Europe, and the most of the city’s cover increase is likely due to natural regeneration.

The mission of the U.S. Forest Service is to sustain the health, diversity, and productivity of the nation's forests and grasslands to meet the needs of present and future generations. Recreational activities on our lands contribute $14.5 billion annually to the U.S. economy. The agency manages 193 million acres of public land, provides assistance to state and private landowners, and maintains the largest forestry research organization in the world.