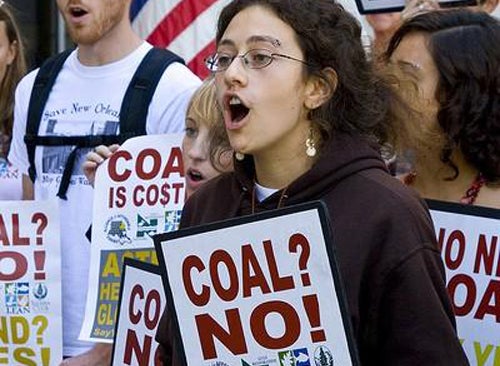 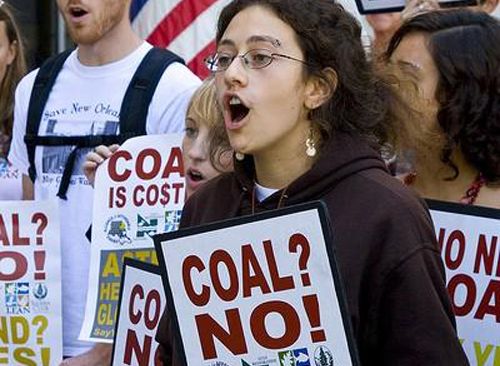 The country’s longest-running campaign against construction of a new coal plant ended Dec. 12 as LS Power, a New Jersey-based power company, announced that it will cancel plans to build the Longleaf Energy Station in Blakely, Ga. Sierra Club, Friends of the Chattahoochee and GreenLaw have been organizing against the Longleaf coal plant since it was first proposed in 2001. This victory comes as part of a legal agreement between LS Power and Sierra Club.

This victory marks the 160th proposed coal plant canceled since Sierra Club launched its Beyond Coal campaign in 2002. This victory is particularly noteworthy because the struggle lasted for a decade and involved numerous hearings and appeals, and sustained local opposition by hundreds of Georgia residents. Longleaf was one of the very first plants proposed when, in 2001, the coal industry attempted to block clean energy development by building more than 150 new coal plants across the U.S., a move which would have effectively locked the nation into dependence on coal-fired electricity for the foreseeable future. Longleaf was one of the last remaining new coal projects proposed anywhere in the U.S., counting 160 proposals that have now been defeated or abandoned in the past decade.

Several times over the past decade it looked like LS Power would move forward with its proposed coal plant, but local residents continued their opposition through multiple tactics, including holding a call-in day this past June when more than 250 Georgians called LS Power asking the CEO to cancel the proposal.

“This is not just a victory for the individuals and organizations fighting this plant, but also for all Georgians, who are now safe from a major new source of toxic air pollution,” said Colleen Kiernan, director of the Georgia Chapter of the Sierra Club. “This victory represents our best work—combining the power of the courts, the power of the people and the power of the press.”

Sierra Club and Friends of the Chattahoochee were represented by GreenLaw, an Atlanta-based nonprofit law firm, in a series of legal challenges to the permits issued for the plant. The legal battle over the Longleaf coal plant made national and international news when Fulton County Superior Court Judge Thelma Wyatt Cummings Moore issued a ruling that the plant’s air quality permit was illegal because it failed to provide any limits on emissions of CO2. While Judge Moore’s decision was later overturned, the U.S. Environmental Protection Agency adopted much of the legal reasoning of the decision in promulgating rules to limit CO2 emissions from larger industrial facilities.

“Longleaf’s cancellation is one of dozens that have swept the nation, which raises the question—when will state officials finally learn that Georgia’s citizens deserve better than coal?” said GreenLaw’s Executive Director, Justine Thompson. “Georgia has a promising future—but to be a serious player in the global economy while also ensuring that we have clean air and water, Georgia needs to embrace energy efficiency and more renewable sources of energy.”

The announcement comes as part of a nationwide agreement with Sierra Club that also requires LS Power to abandon its proposed Plum Point 2 coal plant in Arkansas and imposes strict new limits on air pollution from the new Sandy Creek coal plant in Texas. The agreement requires the company to withdraw all requests for permits in Georgia and Arkansas, and that any issued permits be rescinded or revoked.

Local residents, who would have been most significantly affected by the plant’s construction, were active in opposing the plant. “When we found out the truth about what this plant would do to our lives, we had no choice but to oppose it. We were just regular people who want our grandchildren to breathe clean air,” said Bobby McLendon, president of Friends of the Chattahoochee. “Helping to stop this plant is probably the most important thing I have ever done for my family, my community and the Earth.”

If built, Plant Longleaf would have contributed 88 pounds of toxic mercury per year, 1,938 pounds of lead per year, and more than 8,000 tons of soot and smog per year, to Georgia’s atmosphere and water system. Mercury pollution can cause neurological disorders and birth defects in babies, and soot and smog contribute to respiratory illness and trigger asthma attacks.

Sierra Club, GreenLaw, and several other environmental and public health organizations continue to fight the two remaining coal plant proposals in Georgia proposed by POWER4Georgians in Central and Southeast Georgia. These groups’ work to transition Georgia off of imported coal and onto homegrown clean energy like wind and solar is part of a national effort involving unprecedented collaboration by more than a hundred organizations nationwide. Over the past decade this national campaign has stopped 160 proposed coal plants and secured record investments in clean energy. Since November 2008, only one coal plant has broken ground anywhere in the U.S., a highly-subsidized project in Mississippi.

A timeline, avoided emissions and other documents related to Longleaf can be found by clicking here. More information about these groups can be found at sierraclub.org, greenlaw.org, and friendsofthechattahoochee.org.