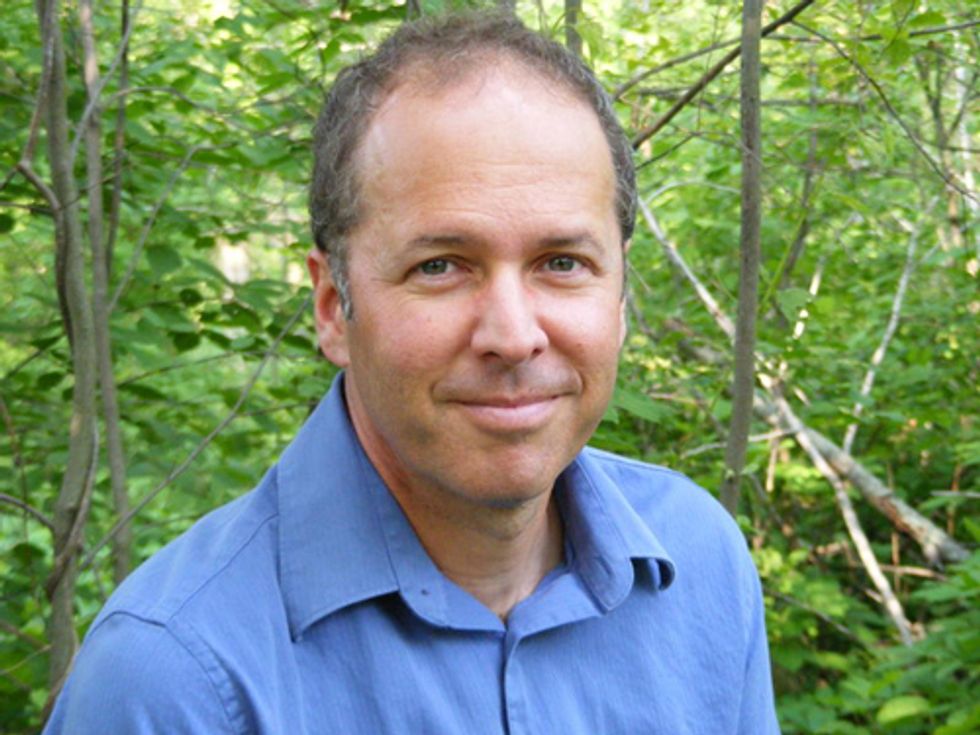 Michael Nelson, MSU associate professor of environmental ethics and philosophy, is part of the National Climate Ethics Campaign (CEC), a team of representatives from government agencies, business and environmental organizations who delivered a national climate ethics statement to President Barack Obama and Congress.

Opponents of fighting climate change claim that costs to jobs and the economy are too high while proponents argue that emission reductions will create jobs and benefit the economy. The moral perspective, however, is not being addressed at all, Nelson said.

“Missing from the international debate is the deeply disturbing moral and ethical implications of climate change,” Nelson said. “Climate change is a real, dangerous and rapidly worsening problem that cannot be driven solely by short-term economics or national self-interest.”

From the CEC’s statement: “Climate change-related impacts are already harming and killing people here and abroad. Unless carbon pollution is rapidly reduced, the resulting natural disasters, floods, diseases, illnesses, water and food shortages, and environmental degradation, along with associated rising violence and social breakdown, will injure or kill millions more every year.”

The CEC’s goal is to seek endorsements from politicians and to help organizations around the country tackle climate change issues from a moral perspective, Nelson added.

“We want to urge every citizen to push for policies that reduce emissions and prepare for climate change,” he said. “This has the potential to create millions of jobs in clean energy fields, support healthy families and build vibrant communities.”

The complete CEC statement follows, and can also be found by clicking here:

Statement of Our Nation’s Moral Obligation to Address Climate Change

Although reducing carbon pollution will have costs, it will also produce incalculable benefits. Our response must therefore be driven not solely by near-term economic or national self-interest. We must also acknowledge and act on our long-standing moral obligation to protect current and future generations from suffering and death, to honor principles of justice and equity, and to protect the great Earth systems on which the well-being of all life, including ours, depends.

We call on every citizen to act on these moral principles without delay. Individually, and collectively as a nation, we must rapidly reduce carbon pollution by significant levels, prepare for the consequences of an already warming planet, and insist on public policies that support these goals and create a just transition to a low-carbon economy. The risks of inaction are exceedingly high. The benefits of acting on these moral principles are even greater.

The Moral Obligation to Prevent Suffering and Protect Human Life

The most fundamental of our guiding moral principles is that it is wrong to unjustifiably cause human suffering or death. Climate change-related impacts are already harming and killing people here and abroad. Unless carbon pollution is rapidly reduced, the resulting natural disasters, floods, diseases, illnesses, water and food shortages, and environmental degradation, along with associated rising violence and social breakdown, will injure or kill millions more every year.1

Climate change-induced suffering from food shortages and the dramatic spread of disease and illness will be especially significant. Millions of people worldwide will be affected.2 Suffering will also result from the job losses and disruptions to families and communities caused by the billions of dollars in direct and indirect annual costs of climate impacts, as well as from the escalating market volatility, supply chain disruptions, and other impacts businesses will experience.

Over the past century, the U.S. has been the world’s largest overall contributor to climate change, generating about 30 percent of the total energy-related CO2 emissions that are destabilizing the climate. Today, we continue to produce far more emissions on an annual basis than any other nation except China. Even if the costs are high, we must avert one of the worst violations of human rights the world has ever seen by acknowledging our contribution to the climate crisis and significantly reducing our emissions.

The shift to a low carbon economy can create millions of good jobs that support healthy families and communities. This requires a ‘just transition’ that spreads the investments in solutions and the benefits of new approaches equitably, enables whole industries to make the changes needed, provides adequate resources for workers and communities adversely affected by the shift and ensures that all Americans have a democratic voice in their workplaces and their communities in how those decisions are made.

The Moral Responsibility to Honor Principles of Justice and Equity

Those who suffer the most from climate change are not the same people who now benefit greatly from the overuse of fossil fuels and other natural resources. As a matter of justice and equity, we have a moral obligation to reduce our carbon pollution in order to prevent suffering and death among people who have contributed little to climate change but who are, at least initially, most impacted—those living in the Arctic; people in less developed, hotter regions of the world; low-income and working-class communities; communities of color; women as well as children in the U.S.; and future generations everywhere.

In addition, even as we reduce our emissions we must do our part to ensure that vulnerable populations and nations have the financial and technological capacity to prepare for and adapt to the consequences of a warming planet and grow clean energy economies.

Because we have a moral obligation to protect human life and prevent suffering and injustice, and because Earth’s gifts have intrinsic value, we have a responsibility to protect the ecosystems and organisms that provide the air we breathe, the food we eat, the water we drink, the materials we use to sustain life and prosperity, and the natural beauty that lifts our spirits.

Whether we believe that the Earth and its great abundance is a product of natural processes or, as millions of people nationwide believe, that the Earth is the gift of the Creator, or both, our obligations are fundamentally the same—we must be good stewards of what we have inherited. Humanity is not in command of creation, but merely part of it. To disrupt the climate that is the cornerstone of all life on Earth and to squander the extraordinary abundance of life, richness, and beauty of the planet is morally wrong.

We Have the Know-how and Tools

The people of our great nation have the spirit, knowledge, and tools required to reduce climate change. The greatest obstacle is lack of human will. History is watching us. Our legacy will be determined by what we do now and in the next few years.

We call on everyone in the U.S. to act on their moral principles now by rapidly and significantly reducing greenhouse gas emissions in their homes, places of work and government.

We call on every citizen to actively prepare for the consequences of climate change.

Moreover, we urge every citizen to insist that their government adopt policies to foster emission reductions and prepare for climate change, and to provide sufficient resources to build the capacity of the most impacted people worldwide to do the same.

This is not just about avoiding harm. Acting on our moral principles will foster the growth of a sustainable economy that creates millions of good jobs in clean energy fields, supports healthy families, and builds vibrant communities. That, itself, makes this imperative.

The need for action is urgent, the possibilities enormous.  Please join us in heeding this call. Click here to sign on.