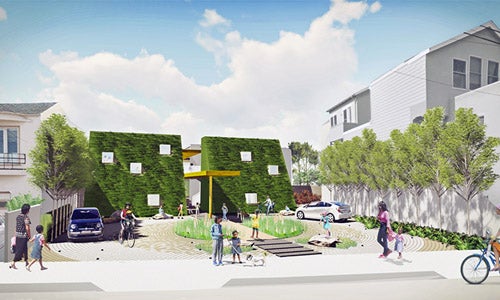 Students at one San Fransisco school will soon have the chance to learn about urban farming and the role it can play in the community in a unique setting. The Golden Bridges School‘s planned new campus will join indoor and outdoor learning spaces and will have several beneficial and environmentally friendly aspects. 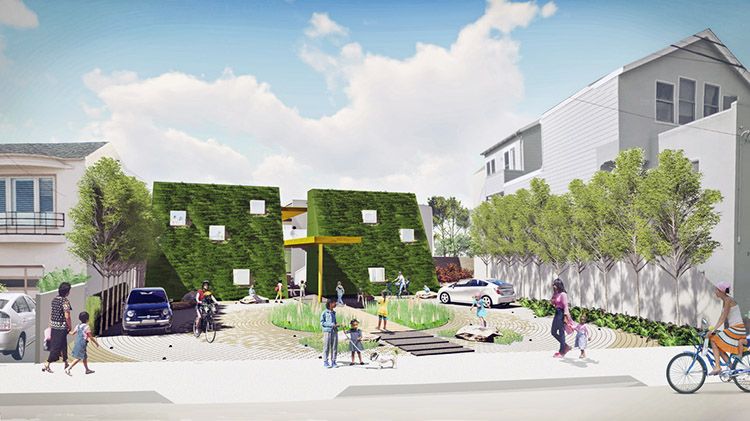 The property is currently an urban farm, which was started six years ago by Caitlyn Galloway, the San Fransisco Examiner reported. Galloway hoped to prove urban farms could turn a profit as well as unite a neighborhood.

And she’s done just that. Her farm, Little City Gardens at 203 Cotter St., sells enough produce to cover farming costs as well as partial incomes for Galloway and another gardener. The farm sells produce to local restaurants. Students at Golden Bridges School often help out at the farm.

The school recently bought the land to build its new campus. The Golden Bridges School teaches K-2 at its current location, but hopes to expand to K-8 at the new location. 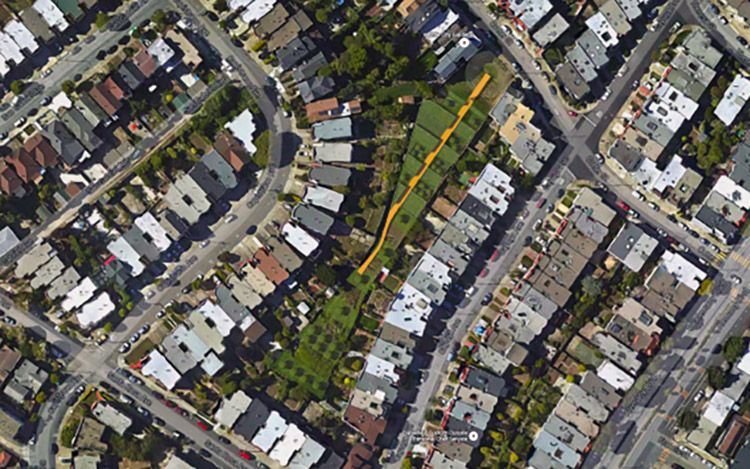 The school’s purchase of the land has raised multiple questions and concerns among residents in the surrounding Mission Terrace neighborhood. Increased traffic and noise from the school as well as potential increased flooding topped the list. The school and architect Stanley Saitowitz, of Natoma Architects Inc., took those concerns into consideration when designing the new campus. Systems have been designed to help with flood and sound control. The main tactic Saitowitz is using is plants: green roofs and walls.

The school’s front entrance will be set back from the sidewalk to allow for a community meeting and green space. The front of the building will then slope up to resemble a hill. It will be covered in plants to continue the green space look from the street. Seventy-four percent of the property will remain open space for students to learn and play in. 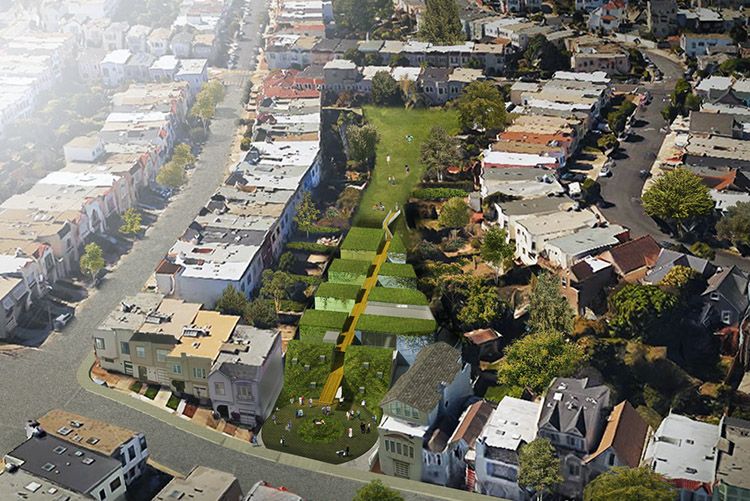 The school building will be two-stories consisting of multiple classroom buildings that open to both indoor and outdoor courtyards and are connected by a bridge on the second floor.

The school will also employ green roofs to absorb water, reduce energy use and act as a sound barrier between the classrooms and neighborhood. Golden Bridges School hopes to further prevent flooding by collecting stormwater onsite in basins and recycling it as irrigation for the farm.

The green rooftops will also attract pollinators useful in the agricultural process. A huge green space behind the buildings will contain an orchard, edible garden, chicken coop and outdoor kitchen. Spaces not used for farming will include a kindergarten play space, nooks for outdoor class time and a “wild” area for play, according to the school’s plans.

Classroom buildings will be fitted with huge windows to allow for natural light and heat inside. 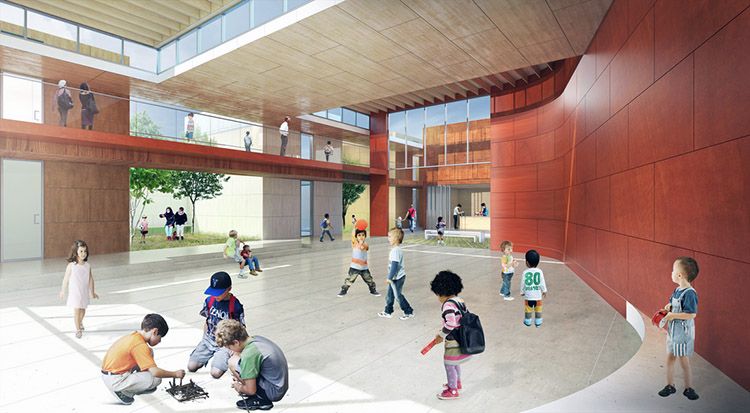 The curriculum at Golden Bridges School is based on the Waldorf Education model, a progressive and holistic education system based on philosopher Rudolph Steiner’s vision, Inhabitat reported. The system is rooted in a sense of connection to the land and seasons, encouraging students to learn about farming, cooking and raising their own food.

The campus will accommodate a maximum of 200 students. The school hopes to partially open on site for K-3 students as soon as September 2017, according to the school’s project timeline.