Note to National Review: A 100% Renewable Future Is Alive and Well 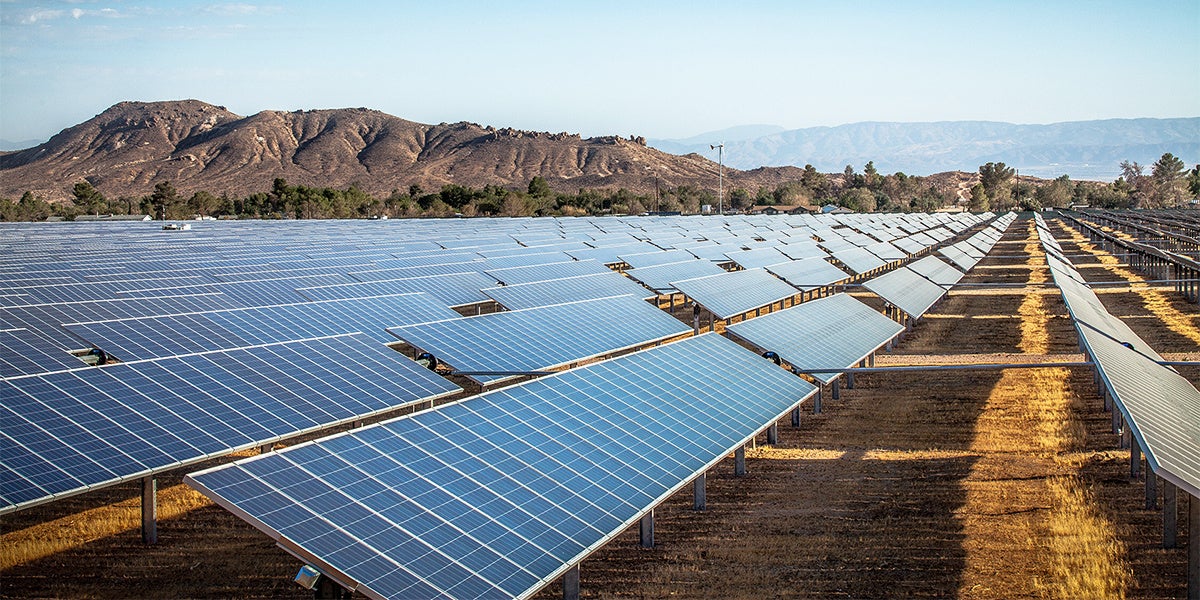 This is a response to Robert Bryce’s article in National Review on June 24, “Appalling Delusion of 100% Renewables Exposed: National Academy of Science Refutes Mark Jacobson’s Dream That Our Economy Can Run Exclusively on ‘Green’ Energy.”

Bryce’s article describes a paper published in the Proceedings of the National Academy of Sciences (PNAS) by Chris Clack and coauthors on June 19, criticizing a paper colleagues and I authored in the same journal in 2015. Our original paper showed that the U.S. can transition to 100% clean, renewable energy in all energy sectors without coal, nuclear power, or biofuels. This response demonstrates that Bryce was negligent by not reporting our simultaneously published response in PNAS and by inaccurately reporting the facts.

First, PNAS did not “refute” our article as Bryce’s title claims. To the contrary, PNAS published our response to Clack equally and simultaneously, giving us the last words by not allowing Clack to respond to us. Our main conclusion, which PNAS published, was “The premise and all error claims by Clack et al. about Jacobson et al. are demonstrably false. We reaffirm Jacobson et al.’s conclusions.”

Second, Bryce lauds the fact that the Clack et al. article had 21 coauthors. However, Clack and coauthors’ own disclosure as published in the author contribution section of their paper indicates that only 3 out of 21 coauthors performed any type of research for the article. The remaining 18 merely contributed to writing the paper with admittedly no research contribution. Of the 3 authors who did perform research, one has admitted publicly, “I am not an energy expert” (see 15 minutes and 32 seconds into this UCLA debate. On the other hand, our 100% clean, renewable energy peer-reviewed papers have collectively had over 85 researcher-coauthors and over 35 anonymous peer reviewers.

Third, as pointed out in our published response, there were zero mathematical modeling errors in our underlying model as claimed by Clack. In one instance, Clack falsely claimed we had a model error because he believed that a number in a table of ours was a maximum value when, in fact, the text clearly indicated that the number was an annual average number that varied in time, not a maximum number. Nowhere in the text was the word “maximum” used to describe that number. Thus, Clack made up out of thin air the claim that the number was a maximum. Clack and all coauthors were informed their claim was an error through a document sent to him by us through PNAS prior to publication of their article but still refused to correct it. One must wonder what the motivation is of authors who are informed of an error before it is printed yet refuse to correct it.

In a second case, referred to by Bryce, Clack claimed we made a model error by mistakenly increasing the maximum discharge rate of hydroelectric power from reservoirs by a factor of 10. However, Clack was told in writing 16 months earlier and a second time just before publication of his article that we intentionally increased the maximum discharge rate without increasing the annual hydropower energy output (thus no change in the amount of water in any reservoir). Despite Clack being told the full truth twice and all co-authors, once, all refused to acknowledge this information, going so far as to pretend they were not aware of it by publishing in their PNAS paper, “…we hope there is another explanation…” although all were informed before publication that there was. Why would 21 authors diligently cross-checking an article do this – namely claim, “we hope there is another explanation” when all had been informed of one?

Our only mistakes were not to be clear in our original paper that we assumed an increase in the hydropower discharge rate while holding annual energy constant and to not account for the cost of the additional turbines, which we subsequently calculated as ~3% of the total energy cost. However, omissions in writing the article are not errors in the underlying model as Clack claimed. Further, the concept of adding turbines to the outside of existing hydropower dams to increase the maximum discharge rate while keeping annual hydropower energy constant was a new idea that works. The legitimate question is, what is the maximum discharge rate that is feasible by 2050 among all U.S. dams, not whether it is possible to increase the discharge rate.

Regardless, an alternate solution to increasing the hydropower discharge rate is to increase the discharge rate of concentrated solar power (CSP) and/or adding batteries. Both methods results in low-cost solutions as illustrated for the United States and Canada here. These results contradict Clack’s premise that our nation’s energy can’t run 100% on wind, water, and solar power at low cost.

Bryce further criticizes underground storage in rocks, but the storage itself is inexpensive (less than 1/300th the cost per unit energy stored than batteries) and a form of district heat. Sixty percent of Denmark’s heat is from district heating using water rather than rocks. Underground rocks are a less-expensive substitute for water tanks.

Finally, Bryce continues to misstate the land requirements of wind. He quotes Clack as stating our wind turbine proposal would require 500,000 square kilometers without realizing that Clack’s number relies entirely on a single number from a Department of Energy study that makes no sense because (1) the author of the study admits he includes land for future project expansion and double counts land where projects overlap and (2) it suggests only one 3-megawatt turbine every one square kilometers, which would be a waste of windy land. When data from 12 actual European and Australian wind farms with multi-megawatt turbines that have been analyzed in detail as part of an ongoing research project by Peter Enevoldsen of Aarhus University and co-workers, are used, the aggregate area required is less than one-third of what Bryce claims. Bryce further forgets that 31% of our wind turbines are offshore so use zero land.

In sum, debate about our energy future can be constructive and is certainly encouraged. But inaccurate statements about scientific work and amplifications of those inaccuracies help no one. Had Bryce read our PNAS response at all, he would not have made the errors he did. Nevertheless, my colleagues and I are always seeking to improve our methods and calculations. Our goals are to better the quality of life of everyone by determining the best ways to provide clean, renewable, and reliable energy while creating jobs and improving people’s health and reducing costs. Hopefully others share these goals, regardless of political party affiliation.