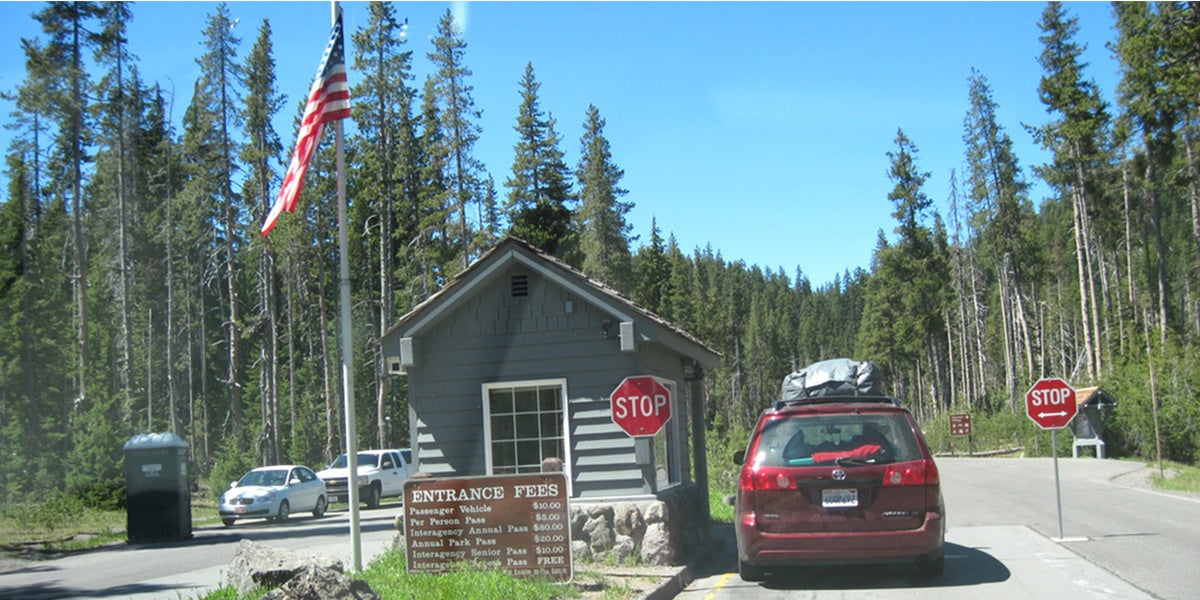 The National Park Service announced on Thursday new entrance-fee increases for national parks across the country. The entrance price for most fee-collecting national parks will increase by $5 per vehicle, with additional increases for park-specific annual passes and motorcycles varying across parks, depending on their “size and type.” The price of the annual America the Beautiful National Parks and Federal Recreational Lands Annual Pass and Lifetime Senior Pass will remain unchanged at $80.

The Interior Department previously proposed nearly tripling vehicle entrance fees during peak season but backed away from the plan after a vast majority of the approximately 109,000 comments the Interior received opposed it. Just some of the key concerns cited include equity and access for low-income families visiting the parks and the economic impact on national park gateway communities from decreased visitation.

“I want to thank the American people who made their voices heard through the public comment process on the original fee proposal,” said Interior Secretary Ryan Zinke in the NPS press release. “Repairing infrastructure is also about access for all Americans. In order for families with young kids, elderly grandparents, or persons with disabilities to enjoy the parks, we need to rebuild basic infrastructure like roads, trails, lodges, restrooms, and visitors centers.”

Groups that resisted the original proposal are celebrating the new plan. “This is a victory for kids and families everywhere,” said Sierra Club Outdoors director Jackie Ostfeld. “Nobody should be priced out of our parks.”

But there are lingering concerns. Ostfeld notes that, unlike in the original plan, there was no mention of the continuation of programs like Every Kid in a Park, which provides free park passes for fourth-graders and their families. She worries that this indicates Interior Sec. Zinke, who has famously rebuked such free passes, plans to end the program at the end of this school year. “We hope this is the end of misguided efforts to raise fees for our national parks,” she added.

Others are worried that increasing entrance fees is a paltry solution to address the funding issues in the national parks. The fee increase is part of ongoing efforts to address the nearly $12 billion backlog in annual repairs for park infrastructure. The NPS collected $199 million from entrance fees in the fiscal year 2016; it estimates that once fully implemented, the new fee structure will increase that revenue by about $60 million to around $259 million.

In addition to the increased fees, the Park Service will continue “enhancing public-private partnerships aimed at rebuilding national parks” and pursuing legislation to address the maintenance backlog. Currently, Congress is considering the National Park Service Legacy Act, a bipartisan bill that would address the full maintenance backlog using royalties from current federal onshore and offshore energy production, and the National Park Restoration Act, which could collect up to $18 billion from energy-production royalties (although the exact amount is speculative based on the market).

The first round of fee increases will go into effect on June 1, 2018.