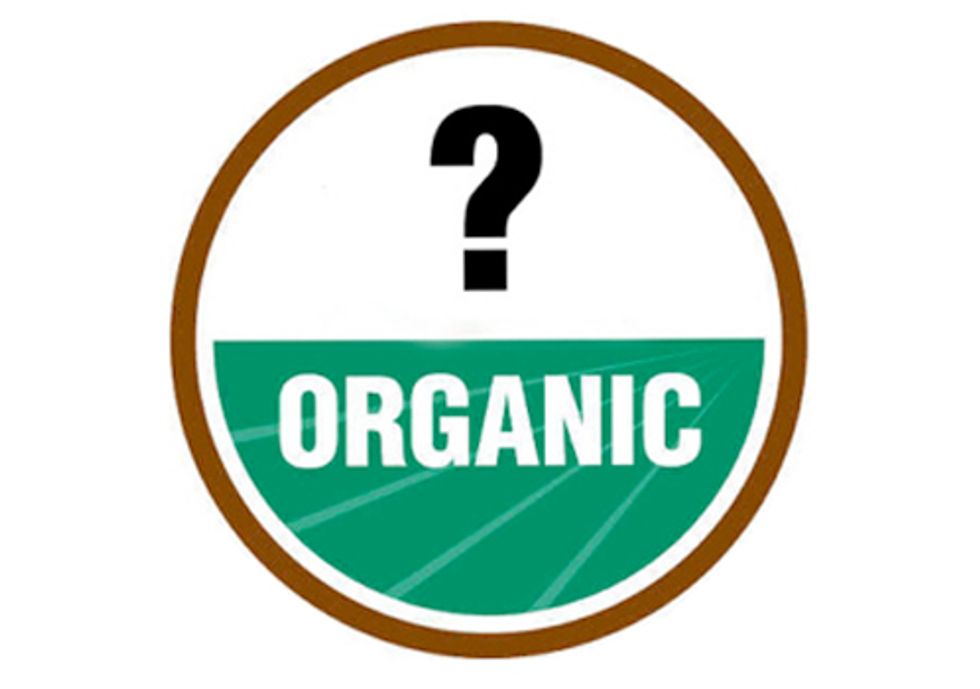 The Office of the Inspector General (OIG), at the U.S. Department of Agriculture (USDA), released a brief report on July 23 outlining their review of serious allegations of collusion with corporate agribusiness, conflicts of interest, illegal appointments and false information tainting the decision-making on the part of the National Organic Standards Board, the expert panel created by Congress to protect the integrity of the organic label.

The OIG audit was prompted by a congressional request and a formal complaint filed by an organic industry watchdog, The Cornucopia Institute, a Wisconsin-based not-for-profit policy research organization.

“The limited scope of this review by the OIG simply confirmed that the USDA’s National Organic Program (NOP) was correctly administering the process of reviewing non-organic and synthetic substances before they were added to the National List,” said Mark A. Kastel, codirector at The Cornucopia Institute. “Their audit made it clear that they did not look into the allegations documented in our heavily footnoted, 75 page-white paper, The Organic Watergate.”

In The Organic Watergate, subtitled Connecting the Dots: Corporate Influence at the USDA’s National Organic Program, Cornucopia documented the allegedly illegal stacking of the National Organic Standards Board (NOSB) with corporate executives and consultants.

Cornucopia complained that two of the individuals appointed to board seats reserved by Congress for citizens who “own or operate an organic farm” are actually corporate agribusiness executives who did not qualify when appointed.

In their audit, the OIG only interviewed USDA personnel and relied on minutes and resumes to verify the legality of appointments. “We will issue a FOIA request for the resumes of the suspect board members to make sure that truthful and accurate information was reviewed by the OIG,” Kastel said. “We can’t hold them responsible for making the wrong call on this if they were reviewing information that was intentionally deceptive, but we are disappointed they conducted no interviews or looked no further into the specific allegations we made.”

The OIG audit only looked at the NOSB as it was constituted in 2011. At that time, one of the “farmer” members was Wendy Fulwider, who is a full-time employee of the CROPP Cooperative, a $750 million business enterprise that sells the majority of their products on a wholesale basis to other large marketers, with the balance under its Organic Valley label.

“Ms. Fulwider clearly stated at the May 2012 NOSB meeting that her extended family’s farm was just about to qualify, after transition, to market its first organic commodities,” said Charlotte Vallaeys, director of Farm and Food Policy at The Cornucopia Institute. “The intent of Congress is clear in that this seat is reserved for actual organic farmers, not conventional farmers thinking about switching to organic or in the process of converting.”

The Cornucopia Institute has been contacted by a number of highly qualified farmers, who have been passed over for appointment to the NOSB, in deference to corporate “imposters.” These organic farmers are in the process of organizing a lawsuit to remove the apparently illegal corporate appointments.

“By virtue of the fact that they only looked at the 2011 board, the OIG also did not address our complaint concerning Ms. Carmela Beck, a full-time employee of the giant California-based conventional and organic berry producer, Driscoll’s, Incorporated,” added Vallaeys.

According to a July 7 New York Times story, Beck originally applied for a seat on the NOSB earmarked for organic handlers (food processors) but was placed instead in another slot reserved for farmers when the USDA made their appointments.

Cornucopia officials stated that it now appeared likely a judicial review would be necessary to resolve the propriety of the composition of the NOSB.

Cornucopia’s Organic Watergate report also alleged that the Technical Reviews, used by the NOSB to evaluate the health and environmental safety of synthetics allowed in organics, were biased and performed by corporate agribusiness executives or consultants.

“The OIG report specifically alludes to their evaluation of the Technical Review that was prepared for mutated algae and soil fungus-based oils (DHA and ARA), which were approved for use in organic foods by a one-vote margin by the NOSB last fall,” stated Vallaeys. “This is the one factual element in the OIG audit that we categorically disagree with.”

The omega-3 and omega-6 oils were petitioned by Martek Biosciences, a division of the $12 billion Dutch conglomerate DSM, and had the backing of their largest customer, Dean Foods, which adds the nutraceuticals to its Horizon brand milk. Two peer-reviewed and published meta-analyses concluded that, unlike Dean/Horizon marketing claims, the materials, loaded with synthetic additives, are not efficacious in terms of brain development.

The Federal Trade Commission has forced Dean Foods to change some of the marketing claims they were making, and the company is facing over a dozen class action lawsuits claiming fraudulent representations to consumers.

Cornucopia prepared an examination of the Technical Review for the NOSB, which clearly outlined biased and unsubstantiated health claims in the document, which violates mandated procedures.

“Making health claims, supporting the petition by Martek Biosciences, without substantiating them with scientific citations in the Technical Review provided to the NOSB is a grave disservice to its members, who generally do not have a scientific background, as well as to the organic community at large,” said Vallaeys.

The OIG report states, “We did not attempt to evaluate the accuracy or completeness of any scientific technical reports or petitions” and “… We are not reaching any conclusion as to the merits of the complaint itself.”

“The real controversy here, concerning what we are calling The Organic Watergate, is all about improper and illegal corporate influence and the outcome of the process that has resulted in illegal synthetic materials being blessed for use in organic food. We are disappointed that the OIG did not take the time to investigate these serious allegations,” Kastel lamented.

“There is a higher authority than the USDA, as to the propriety of how organic food is produced, and I’m not even talking about the federal courts. I’m talking about the organic consumer. And they will vote last in the marketplace in support of organic brands that do not play fast and loose with the goodwill of their customers,” Kastel stated.

To illustrate the brevity of the OIG’s review only about 2 2/3 pages, of the 12 page report actually addressed their audit findings and methodology, including the executive summary. The balance consisted of a cover letter, table of contents, background on the USDA’s organic program and abbreviations used in the document.

“We have a lot of respect for the OIG, and its independence, and are disappointed that this report did not address the serious allegations of influence peddling and corruption in the decision-making process at the NOP,” stated Cornucopia’s Kastel. “To my knowledge, no individual or organization has ever suggested that the USDA was not following legal procedures in the NOSB review process. The allegations are that the process is being followed but has been corrupted.”

Over the past year, the powerful Organic Trade Association (OTA) has partnered with agribusinesses like General Mills, Dean Foods, Smuckers and biotechnology giants like DSM/Martek to grease through a number of gimmicky synthetic ingredients, over the objection of every nonprofit, public interest group that has submitted formal comments to the NOSB.

At the upcoming fall meeting, there will be nine more synthetic materials, including two synthetic preservatives and one synthetic antimicrobial, that the industry is trying to approve for use in organics.

“We hope consumers will continue to seek out locally produced and wholesome organic food, and processed foods from reputable companies, that have not engaged in questionable behavior,” Kastel said.

“Companies like Nutiva, Eden Foods, or Nature’s Path, the largest breakfast cereal company that produces 100 percent organic nutrient-dense foods, are proving that you can be large, multimillion-dollar enterprises, profitable and rapidly growing, without selling-out the values that this industry was based upon,” Kastel added.

Eden Foods CEO, Michael Potter, attended  last May’s NOSB meeting to firmly tell the board that they should be operating under the “precautionary principle” when reviewing all additives in organics. He clearly acknowledged in his testimony that he was “not an Organic Trade Association member.”

Consumers seeking out organic foods of the highest integrity can find a series of scorecards and buyers guides to help their decision-making process by clicking here.