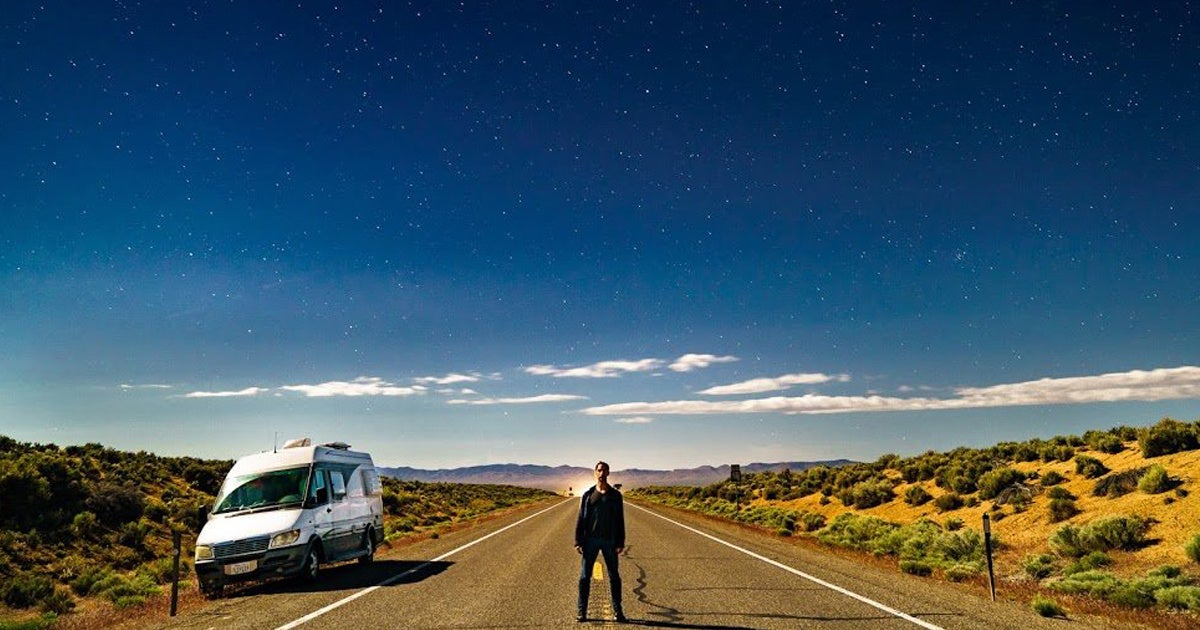 People traveling across America today can, if they’re lucky, pitch a tent in the same exact spot that early American explorers and map-makers Lewis and Clark did, amid the jagged rocks and sweeping plains of the Upper Missouri River Breaks in central Montana.

Brent Rose, a journalist and filmmaker who has been traveling around the U.S. in a van for two years, was one of the lucky ones.

“I’m standing where they stood and trying to figure out which way was the top of the Missouri River, and that was kind of amazing,” Rose told Global Citizen.

The 500,000 acres of “the Breaks” are preserved as a U.S. national monument, designated as such in 1991 by former President Bill Clinton, and now under threat of losing their designation by the current White House administration.

President Donald Trump and his appointed secretary to the Department of the Interior, Ryan Zinke, are evaluating whether 27 of the designated national monuments should actually be eliminated from the program and opened up to more private development.

Rose, an outdoors enthusiast, decided to use his time living the #vanlife to try and help protect those monuments, and set out earlier this spring to visit all 27 monuments in two weeks, uploading a short film to Instagram at each place and encouraging his followers to leave a comment with the Department of the Interior to protect the monuments.

Since the public comment period ended, Zinke has already announced that three of Rose’s destinations are safe from changes, but that Bears Ears National Monument in Utah may be reduced in size.

A full report on all 27 monuments is expected in August, according to Reuters.

Rose spoke to Global Citizen after his trip ended about what it was like to visit all of the monuments in a two-week span, and why he felt protecting them was important enough to get on the road in the first place.

Global Citizen: So Brent, where did the idea for #27Monuments come from?

Well, the backstory is that I’m a freelance journalist and I’ve been doing the whole van life thing for almost two years now. I gave up my apartment and decided to buy a van instead and have been driving around the country in that instead of having a standard basis.

I was kind of trying to find a way to make this adventure be more than just about myself and find a way to give back, to use it as a tool to do some good. I was talking to a friend of mine named Lynsey Dyer who’s a professional skier, who said, you know, adventures are great, but I always prefer adventures when you do some good for the world, and I would love to find an adventure that helps the environment.

This was the week the U.S. pulled out of the Paris agreement, and I was like yeah, the environment, what could I do? 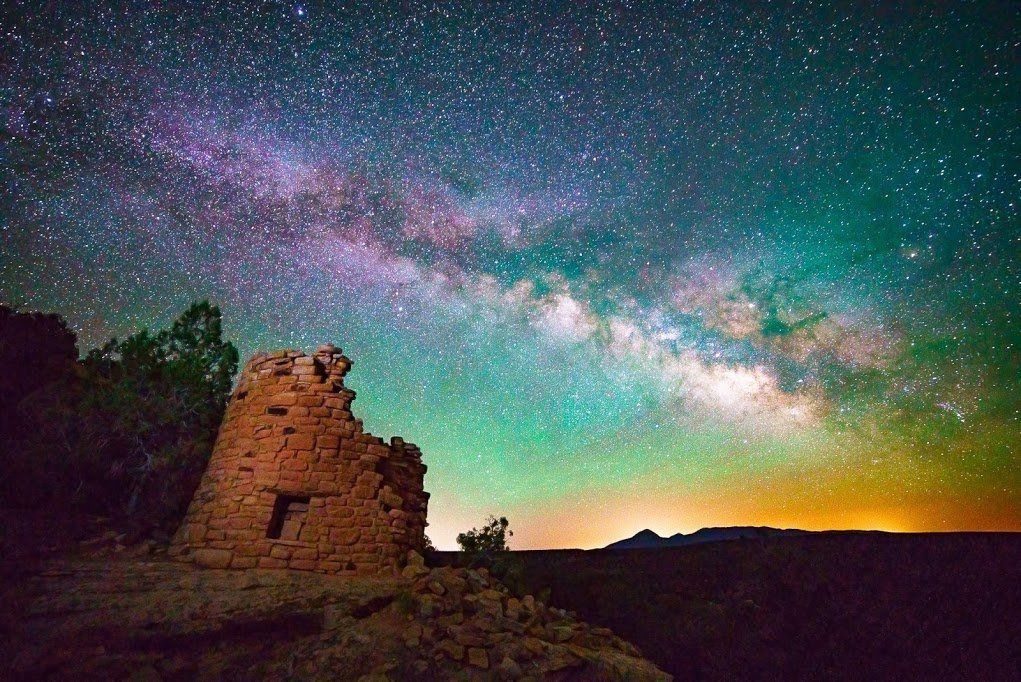 I was driving through Nevada and realized: didn’t I hear something about national monuments under attack? And I pulled over to a rest stop and was like, wow, look at these places under threat. The public comment period was open and it didn’t seem like it was on my or anybody else’s radar, and I wondered if it was possible to visit all these monuments during the public comment and raise awareness, and within hours I had decided that’s what I was going to do.

So, what should people know about the national monuments?

These are just incredibly beautiful places, to start with. They’re raw wilderness, which is one of my favorite things in the world, where I go to connect with nature and clear my head from all the city stuff.

There’s everything from Giant Sequoia National Monument to Katahdin Woods and Waters in Maine, at the end of the Appalachian Trail, with all these rivers and creeks coming together and these dense woods, and then these desert habitats as well. It struck me how diverse the types of monuments were that were out there.

I think a lot of people are even unclear on what a national monument is: it’s a piece of land that’s been set aside for protection by the federal government so it can’t be further developed on or have mineral or oil rights sold. If stuff was sold before, it’s grandfathered in, like grazing rights, so people don’t lose those rights, but they’re places that protect natural habitats or waterways or places of archaeological importance, with petroglyphs and old homesteads.

Many of these monuments are actually of great import to Native American history and culture. Some of them are important to other types of American history as well, like where Lewis and Clark came through. You can camp exactly where they camped.

How did you prepare for this trip?

I threw some new all-terrain tires on my van, which was smartest decision I ever made, and hit the road. These monuments are less developed than the national parks and so they are more rugged, and less touristy. You can go all day without seeing someone. The national parks are set up so you might drive right up to feature, keep the car running, step outside to take your picture, and then move onto the next one. Some of these monuments don’t even have a single paved road.

How did you cram all 27 into three weeks?

Most of these places I would have loved to have spent a week there because they were just incredible in so many ways, but the deadline for the public comment period was July 10. I had three weeks to hit 21 monuments [some of the monuments under review are out in the ocean]. And some were eight to 12 hours apart. Most of them I only got about a half day at each monument. I reached out to my friends before and asked if they had any time to help with research, and 12 volunteered, and they basically filled out a form with the acreage, when it was established, points of interest, points of contact when I got there, that helped me hit the ground running.

I went into each of them, even having done the research, not knowing what to expect and assuming a lot that they would look alike, but I was surprised when I got to each how different they all were, even clustered together in the southwest desert. They’re all beautiful in their own way and important in their own way.

What was your favorite?

Bear’s Ears in Utah was incredible just for the history there. There are these perfect petroglyphs, some of the most immaculate petroglyphs and ruins of ancient homesteads built into cliff walls that you can still walk through. I felt myself overcome by the history of these places, the people who built these structures and petroglyphs and what their lives must have been like. It was also just beautiful there, The Valley of the Gods is right by there, a large plain of rock formations, and you just stand there and stare with your mouth open.

I also really liked some of the watery ones, like the Upper Missouri River Breaks in Montana, which felt very peaceful and wild to me, the place where Lewis and Clark camped.

What’s at stake with this review period, and how do you think your project will contribute to the outcome?

I don’t feel super optimistic about it. What’s at stake is something different for each of these monuments. Some preserve ancient pre-Columbian history better than anywhere else. There are hundreds of thousands of sites that haven’t been explored yet. Others are important wildlife corridors to endangered species. Some are purely to preserve the little tiny bit that’s left of wilderness. We’ve developed so much of it, we’ve blazed trails and mined and drilled so much of it that we don’t have all that much left and that’s something that’s really important.

Our whole country used to be like that at one point and that’s something that future generations should be able to experience: these wild places that haven’t changed in thousands of years. We inherited these lands from people who came before us and left them untouched for us, and it is our responsibility to take care of them and leave them to the next generation and the next to enjoy and experience.

The comment period for the federal government’s review has closed, but anyone can read through the comments that were left—overwhelmingly in support of protecting the monuments—on the website of the Department of the Interior. Comments can still be made on protecting marine monuments.