Trump Order Could Open Up Area Larger Than Yellowstone to Drilling 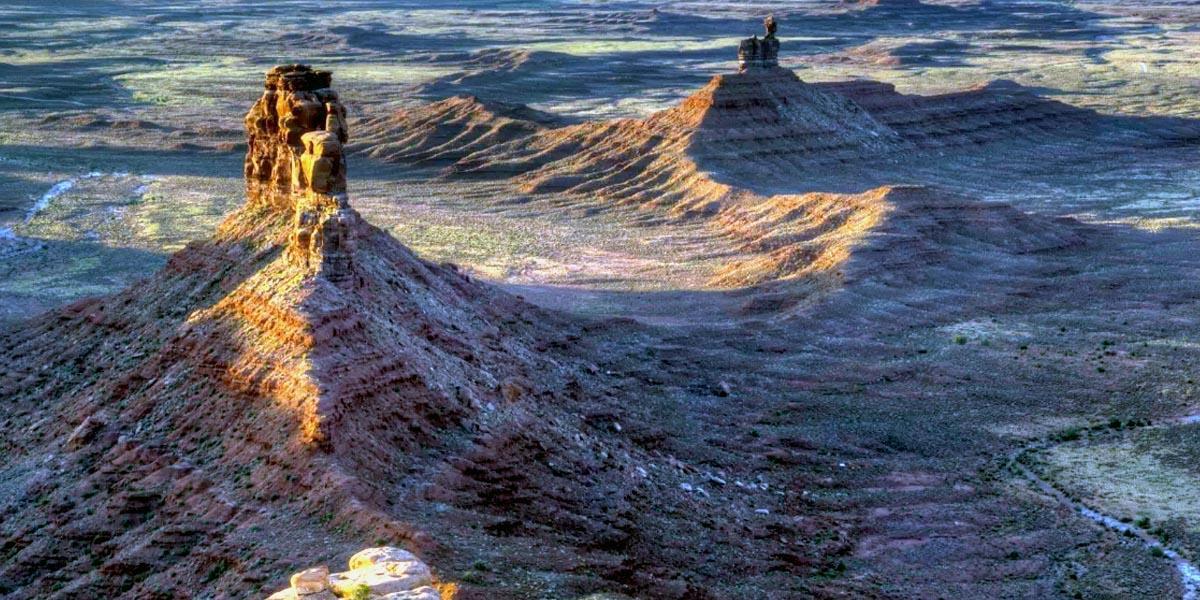 An investigation by Greenpeace, published Wednesday by Bloomberg, has revealed that more than 2.7 million acres of iconic U.S. land could be at risk from fossil fuel exploration following Donald Trump’s decision to review the protection on dozens of national monuments.

By overlaying government maps of oil, gas and coal deposits with the boundaries of the 27 national monuments on Trump’s list, Greenpeace’s investigation shows for the first time the full extent of the land potentially at risk from fossil fuel exploration.

Last month, Trump issued an executive order requiring the Department of Interior to review all large monuments designated by U.S. presidents under the Antiquities Act since 1996, suggesting they may pose a barrier to energy independence.

“These are the spectacular landscapes whose rugged contours and breathtaking views have defined America’s history and identity for centuries,” Greenpeace USA spokesperson Travis Nichols said.

“They are the common heritage of everyone in our country and must be preserved for future generation. Yet instead of protecting them, Trump wants to carve up these beautiful lands into corporate giveaways for the oil and gas industry. This out-of-touch billionaire may be about to hand over America’s national treasures to the same industry that’s already putting them at risk by fueling more climate change.”

The analysis shows that a swath of protected land larger than Yellowstone national park could be opened up to drilling—with six national monuments affected by the executive order sitting above fossil fuel reserves. These include some of the most iconic lands in the U.S.—from the spectacular rock formations of Utah’s Grand Staircase-Escalante to Carrizo Plain, the last remnant of a vast grassland that once stretched across California.

The analysis also reveals that, in some cases, the area of potential interest to fossil fuel prospectors covers the vast majority of the monuments. Around 90 percent of Bears Ears, 100 percent of Canyons of the Ancients, 42 percent of Grand Staircase; and 98 percent of San Gabriel Mountains sit above potential deposits of oil, gas and coal.

The research is published as Interior Sec. Ryan Zinke is visiting two of the national monuments on Trump’s list, Bears Ears and the Grand Staircase-Escalante, both of them in Utah, as part of the review.

Sec. Zinke has 120 days from the signing of the order to report back on whether monuments should be rescinded or resized, although he will report back on Bears Ears within 45 days.

Months before President Obama designated Bears Ears as a national monument last December, the Utah Division of Oil, Gas and Mining approved drilling applications by one of the U.S.’ largest independent oil companies on land that is now within the monument boundaries.

Since President Clinton created it in 1996, Grand Staircase-Escalante national monument in Utah has been fiercely opposed by Republican Sen. Orrin Hatch, who has personally lobbied Trump and Zinke to scrap it. One of the reasons behind the desire amongst Utah Republicans to do away with Grand Staircase is the coal seam that runs through the monument.

Carrizo Plain, a remote area of California grassland famous for it’s spectacular springtime wildflowers, was declared a monument by President Clinton in 2001. The Bureau of Land Management’s 2010 resource management plan estimated that there were 45 oil wells within the monuments boundary—including 15 producing wells—that pre-date its designation. The monument is also surrounded by a number of large oil fields, including California’s largest, which lies just a few miles away.

In the Upper Missouri River Breaks National Monument, Montana, plans to expand existing oil and gas operations within the protected area’s boundaries were at the center of a legal battle between conservation groups and the Bureau of Land Management.

“People in this country who cannot afford the membership fee at Mar-a-Lago want unpolluted access to the public lands they love as citizens and own as taxpayers,” Nichols said. “People must resist the latest in a trend of senseless rollbacks by the Trump White House and demand the Interior Department protect the land and water for people in their states and across the country. Trump is on the verge of jeopardizing true national treasures, but the people who live, worship, work, play and rely on these public lands and waters will ensure that he will not succeed.”