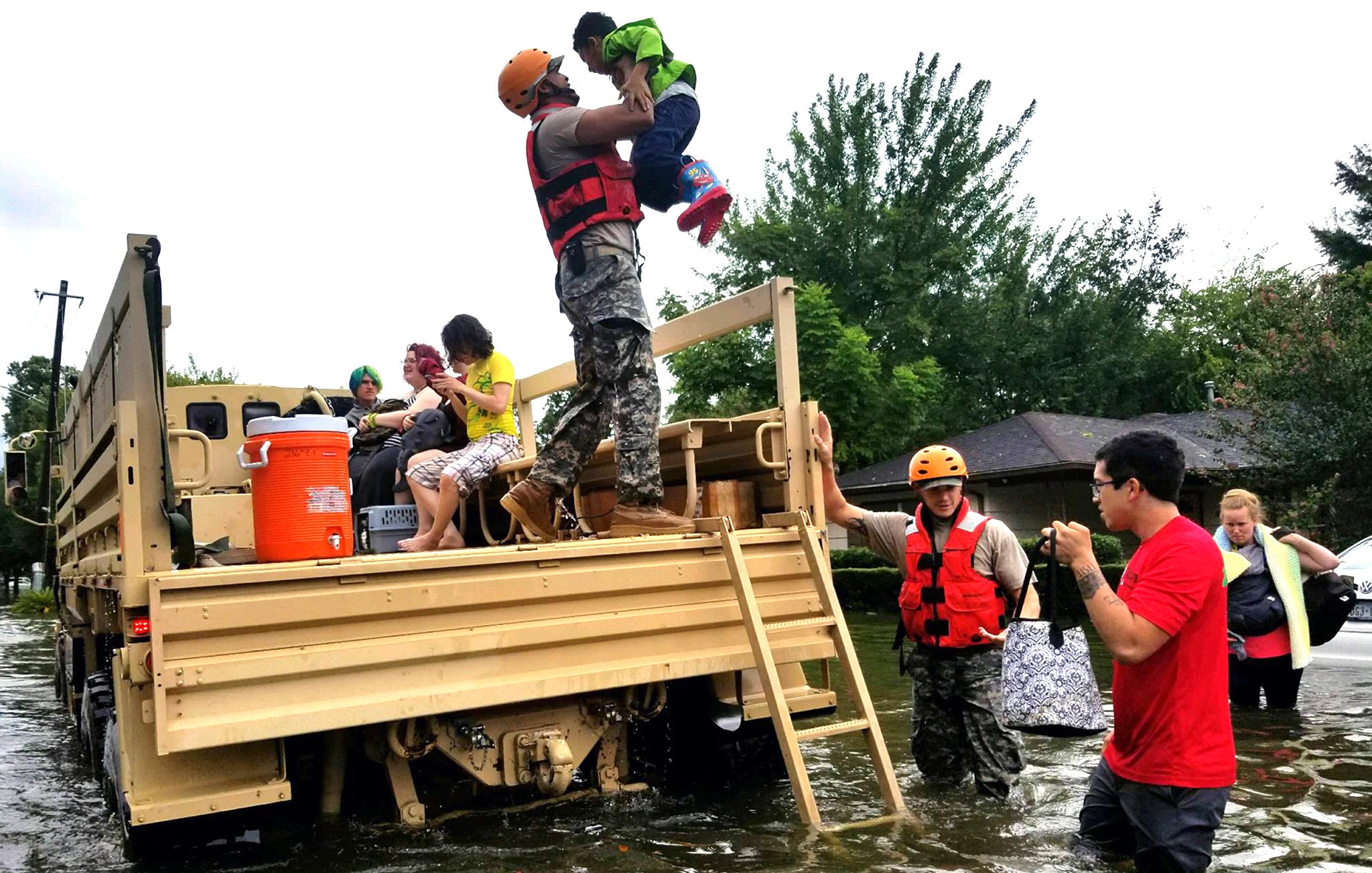 Climate change could be causing storms to become “bigger, larger, more violent,” underlining the need to have a robust military response to disasters across the country, the top officer of the National Guard Bureau said Tuesday.

“I do think that the climate is changing, and I do think that it is becoming more severe,” Gen. Joseph Lengyel told reporters, noting the number of severe storms that have hit the U.S. in the past month. The general might want to take U.S. Environmental Protection Agency (EPA) Administrator Scott Pruitt aside for a chat on climate change and disasters: Pruitt sat down for two friendly interviews on Fox yesterday to tout his idea for a red team/blue team “debate” on climate.

Speaking on Fox and Friends over a chyron reading “Climate Change’s Impact on Hurricanes,” Pruitt said he acknowledges humans contribute to climate change but questioned how much.

“The Pentagon has called climate change a global security threat, saying it could degrade living conditions, jeopardize human safety and undermine nations’ ability to meet the basic needs of their citizens.

‘A changing climate will have real impacts on our military and the way it executes its missions,’ according to a 2014 assessment conducted by defense officials in the Obama administration. ‘The military could be called upon more often to support civil authorities, and provide humanitarian assistance and disaster relief in the face of more frequent and more intense natural disasters.'”