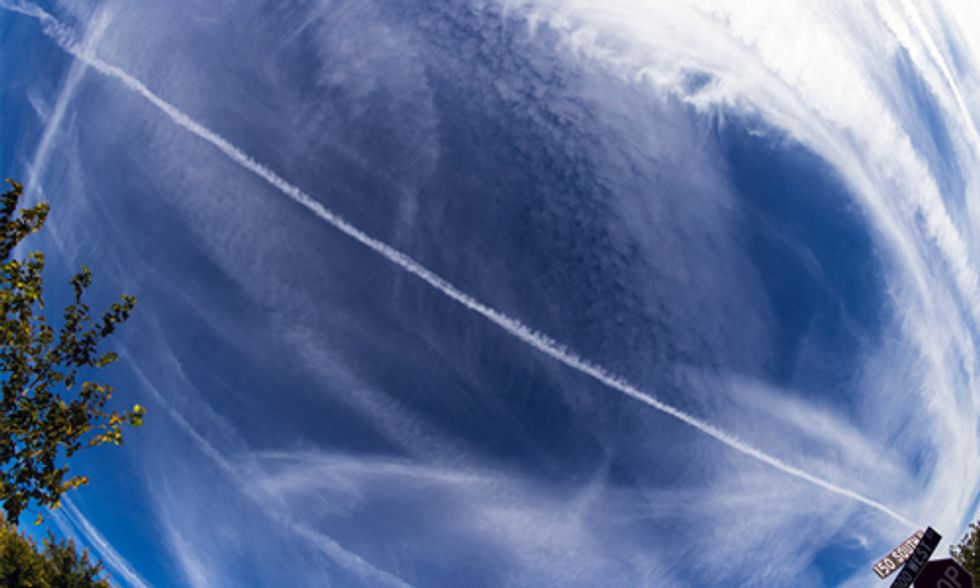 Geoengineering, the deliberate, large-scale technological manipulation of the Earth's systems, has been proposed for years as a panacea to dealing with climate change. However, many of the proposed technologies are only in their infancy and extremely expensive. Researchers have repeatedly concluded that such schemes are not the answer to climate change because they will either be futile or even further disrupt the climate.

The reports look at two geoengineering technologies: Carbon dioxide removal and albedo-modification. Carbon dioxide removal involves enhancing or mimicking the "natural processes that already remove about half of the world's carbon emissions from the atmosphere each year." Unfortunately, all of the technologies—such as ocean iron fertilization and direct air capture of carbon—are far too immature and expensive to solve the current crisis, according to the NAS press release.Yesterday, the National Academy of Sciences (NAS) affirmed previous researchers' findings with the release of two reports on climate intervention through geoengineering. Its conclusion: "There is no substitute for dramatic reductions in greenhouse gas emissions to mitigate the negative consequences of climate change."

Albedo-modification technologies, "which aim to increase the ability of Earth or clouds to reflect incoming sunlight," are relatively inexpensive "compared with the costs of transitioning to a carbon-free economy" and the technology is readily available. However, albedo modification would only temporarily mask the warming effect of greenhouse gases and "would not address atmospheric concentrations of CO2 or related impacts such as ocean acidification," concludes report.

In order to be effective, the technologies would have to be deployed around the world and "sustained indefinitely" with "severe negative consequences if they were to be terminated." Additionally, albedo modification poses secondary effects on the ozone layer, precipitation patterns, terrestrial and marine ecosystems, and human health with many unknown consequences. The committee that produced the report says they "pose considerable risks and should not be deployed at this time."

The committee said "It would be 'irrational and irresponsible' to implement sustained albedo modification without also pursuing emissions mitigation, carbon dioxide removal or both." The NAS committee opposed deployment of these technologies, but recommended further research.

“That scientists are even considering technological interventions should be a wake-up call that we need to do more now to reduce emissions, which is the most effective, least risky way to combat climate change," said committee chair Marcia McNutt, editor-in-chief of Science and former director of the U.S. Geological Survey. “But the longer we wait, the more likely it will become that we will need to deploy some forms of carbon dioxide removal to avoid the worst impacts of climate change."

Many environmental groups, including Friends of the Earth, support the current geoengineering moratorium agreed upon through the UN Convention on Biological Diversity in 2010 by 193 countries due to its environmental, social, cultural and economic risks.

"Geoengineering presumes that we can apply a dramatic technological fix to climate disruption," said Ben Schreiber, Friends of the Earth Climate and Energy Program director. "Instead of facing the reality that we need to drastically reduce our carbon emissions, lower our consumption levels and rapidly transition to renewable energy, some hope to simply reengineer the climate, the land and the oceans to theoretically slow down and reverse climate disruption.

"The side effects of geoengineering interventions are unknown and untested. One country's experiments, therefore, could have devastating effects on other countries and the global climate system."