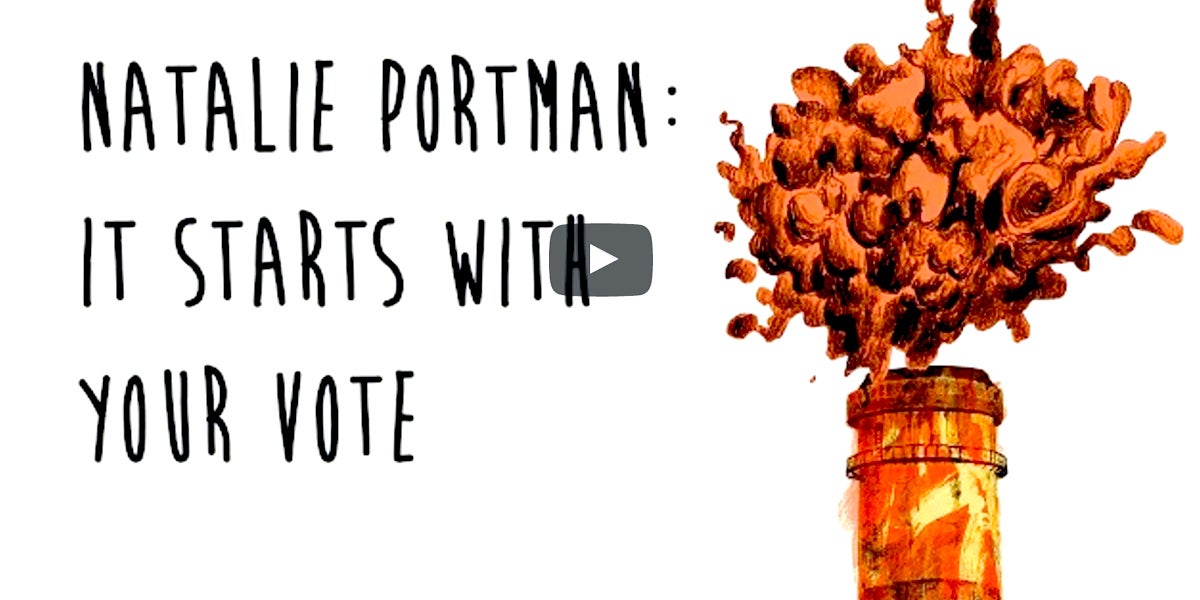 NextGen Climate released a new video today starring Oscar-winning actress Natalie Portman that urges millennials to exercise their vote on behalf of candidates who have concrete plans to address the climate crisis and transition our country to a clean energy economy. Watch here:

The video is backed by a six-figure ad buy and will run in battleground states to engage with millennials and encourage them to turn out and vote on Election Day.

“We already have the tools to stop climate change—not tomorrow, not in 10 years, right now. We can power our country with 100 percent clean energy, creating millions of new jobs, keeping carbon pollution out of our climate,” said Portman in the new ad. “It all starts with your vote … I’ll see you at the polls on November 8th.”

With this new digital video, NextGen Climate is engaging millennials on and off campus to get them to turnout on Election Day. NextGen Climate’s #WHYWEVOTE campaign is a series of targeted digital ads to engage millennials—a demographic that has historically been difficult for campaigns to reach—by meeting them where they are: online and on their phones. This campaign complements NextGen Climate’s data-driven field program on more than 300 campuses across 13 battleground states.

“The Millennial Generation is a great generation—one that’s very passionate about issues that impact their lives, like climate change—and it’s critical that millennials make their voices heard at the ballot box this November,” said NextGen Climate President Tom Steyer.

“Elections are about choices and this year we have the choice to elect candidates to the White House and Senate who will enact policies to fight climate change and transition to clean energy or we could elect candidates who would take our country backwards and put our health, safety and economy at risk”

NextGen Climate is running the largest campus initiative in the country. On 300 campuses in 13 battleground states, NextGen Climate is registering millennials to vote, educating them about where the candidates stand on key issues and getting them to the polls on Nov. 8 for climate champions.