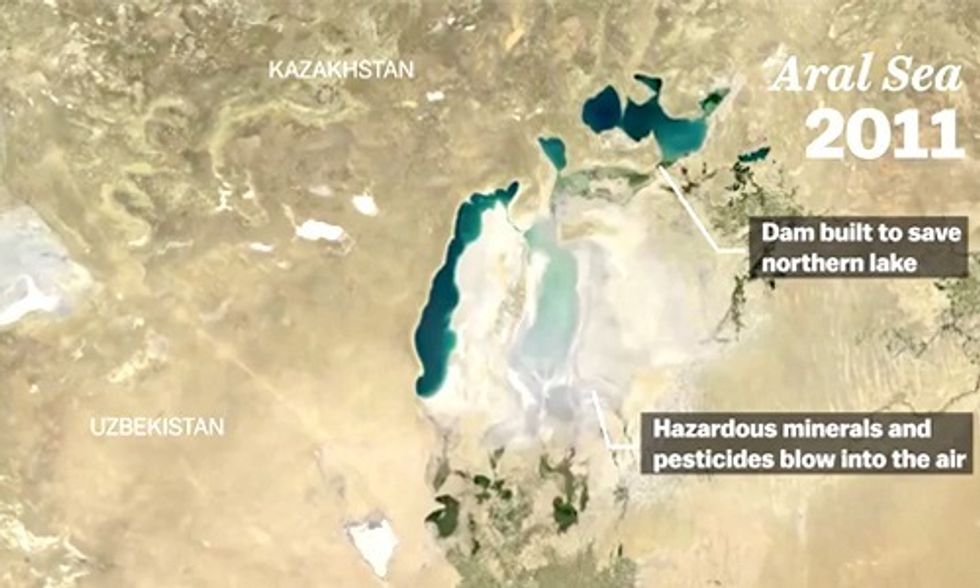 How much of an impact can billions and billions of people make on the environment? Well, if you watch the video below from Vox, you'll see that in a mere 40 years, human activity can leave quite the mark.

These images are courtesy of NASA and the U.S. Geological Survey's Landsat satellite program that the space agency launched in 1972 with the sole intention of studying our planet's surface and how its been changing over time. According to Vox, the satellite takes pictures of the entire surface of the planet every 18 days and orbits the Earth 14 times a day.

In the video, photos taken over the last four decades have been strung together to show humanity's footprint on five different locations. From the shocking deforestation of Rondônia, Brazil (where the area's global beef exports have mowed down enough trees to fill the state of West Virginia), to the rampant water use in the Aral Sea causing a loss of 60,000 fishery jobs due to rising salt levels.

You'll also see how the the dirty energy industry has literally stripped away Wyoming's natural resources, and how much the Larsen B Ice Shelf has collapsed due to climate change. And in the GIF above from Vox, notice how the increasing number of golf courses and artificial lakes in rapidly growing Las Vegas are an ironic harbinger of the area's relentless drought.

It's clear that we must all change our ways and act now before it gets any worse. Check out the haunting footage here: