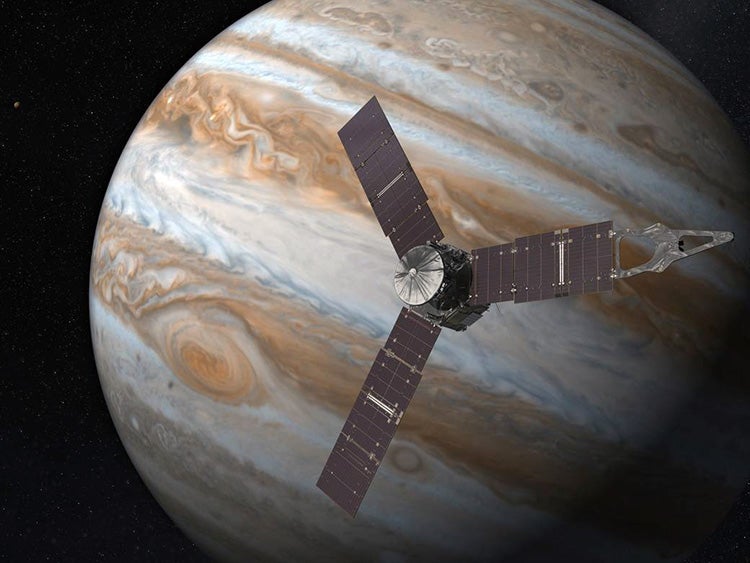 A team of National Aeronautics and Space Administration (NASA) scientists may not have been able to enjoy fireworks this July 4, but they did witness something historic: NASA’s Juno spacecraft successfully entered Jupiter’s orbit. 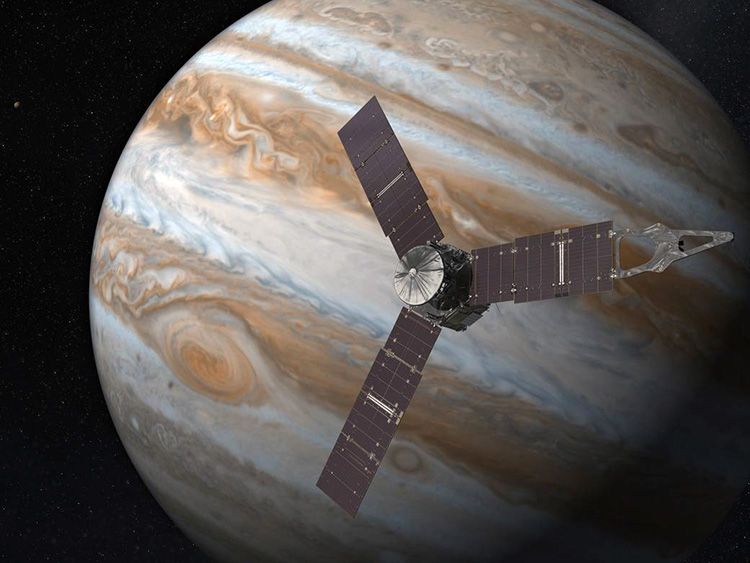 The main goal of the Juno expedition, launched almost five years ago on Aug. 5, 2011, is to “understand the origin and evolution of Jupiter,” according to the mission’s statement. While Jupiter is the largest planet in our solar system, little is known about it. Juno spacecraft is set to orbit the planet 37 times over the next 20 months.

“Independence Day always is something to celebrate, but today we can add to America’s birthday another reason to cheer—Juno is at Jupiter,” NASA administrator Charlie Bolden said in a press release. “And what is more American than a NASA mission going boldly where no spacecraft has gone before? With Juno, we will investigate the unknowns of Jupiter’s massive radiation belts to delve deep into not only the planet’s interior, but into how Jupiter was born and how our entire solar system evolved.”

Teamwork❤️! From #Jupiter to Earth: thanks, team for guiding me into orbit. And now… SCIENCE https://t.co/4tR0S3XwyD pic.twitter.com/17Bia2UTkR

NASA’s Juno spacecraft entered the large planet’s atmosphere after a 35-minute engine burn, which decreased the spacecraft’s velocity by 1,212 miles per hour, the administration reported. News that the burn had completed was received at 11:53 p.m. EDT Monday.

“This is the one time I don’t mind being stuck in a windowless room on the night of the 4th of July,” Scott Bolton, principal investigator of Juno from Southwest Research Institute in San Antonio, said. “The mission team did great. The spacecraft did great. We are looking great. It’s a great day.”

Juno’s trip around Jupiter will be powered by 18,698 individual solar cells on the spacecraft.

With an array of science instruments, Juno will: 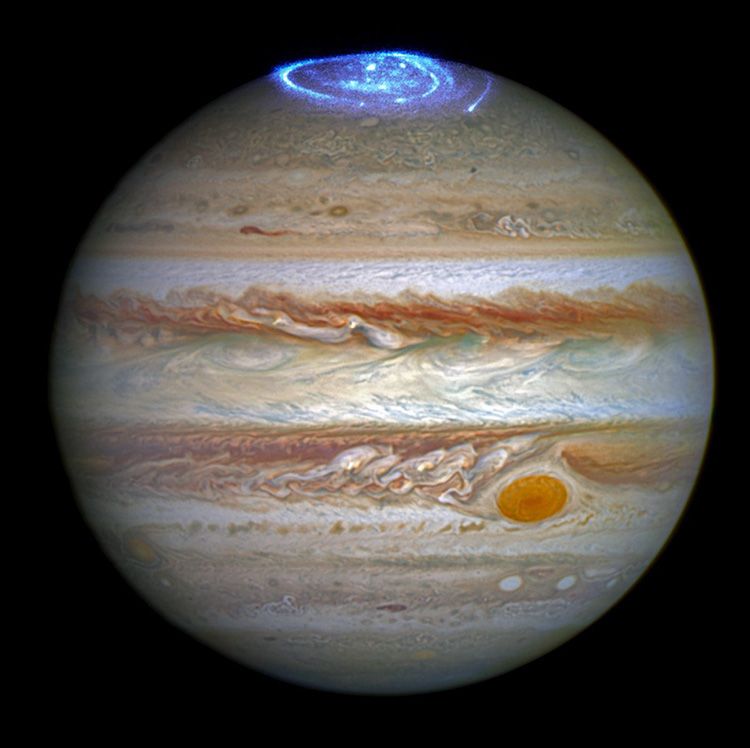 Information discovered about the giant planet will help scientists understand how Jupiter and others like it formed and what role they played in putting together the rest of our solar system.

Over the next couple months scientists will perform final calibrations and tests of the spacecraft’s subsystems, NASA said, before officially beginning to collect data in October.

“Our official science collection phase begins in October, but we’ve figured out a way to collect data a lot earlier than that,” Bolton said. “Which when you’re talking about the single biggest planetary body in the solar system is a really good thing. There is a lot to see and do here.”

Juno isn’t the first spacecraft to reach Jupiter; several have flown past the giant planet, beginning with Pioneer 10 in 1973, NASA said. The Galileo spacecraft entered Jupiter’s orbit in 1995, sending back data showing Jupiter’s strong, turbulent winds and details about the planet’s atmospheric composition. Juno, unlike Galileo, will pass over Jupiter’s poles, providing scientists with a first look at those regions.

The Juno mission is the second spacecraft designed under NASA’s New Frontiers Program. The first is the Pluto New Horizons mission, which flew by the dwarf planet in July 2015 after an almost 10-year flight.