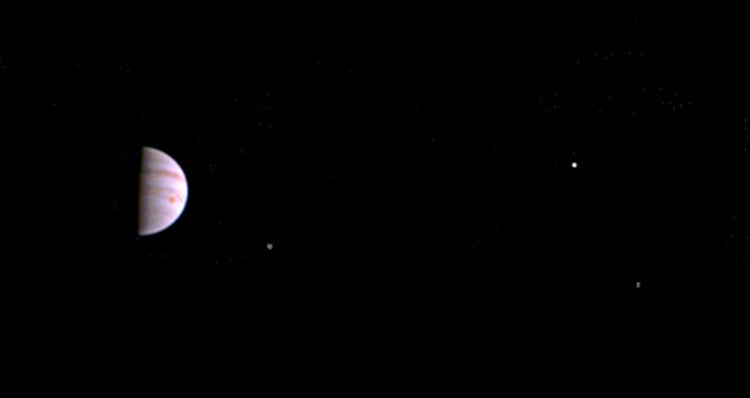 The National Aeronautics and Space Administration’s (NASA) Juno spacecraft, with a mission to orbit Jupiter, has sent back its first image since entering the gas giant’s atmosphere. 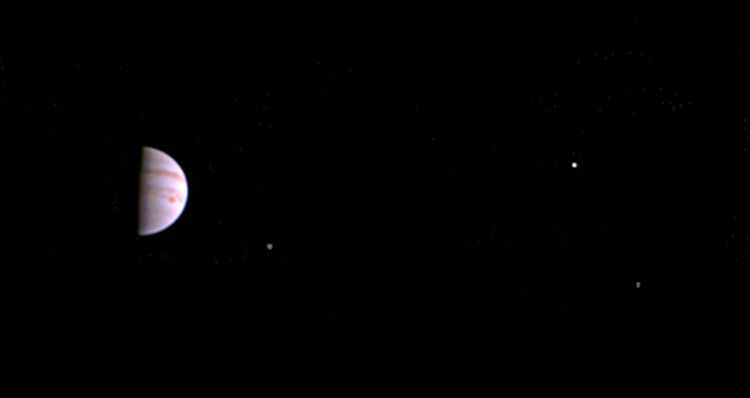 Not only does the picture provide a unique view of Jupiter, but it also proves to NASA scientists that the camera onboard Juno, JunoCam, survived entering orbit. The image was taken on July 10 about 2.7 million miles from Jupiter on the outbound leg of its 53.5-day capture orbit, NASA reported.

JunoCam will continue to capture images of Jupiter as it continues its capture orbit, with the first high-resolution images of the planet being taken on Aug. 27.

Aww snap. My first in-orbit view of #Jupiter. Getting up close and personal again on Aug 27. https://t.co/Xw4VHVO6rJ pic.twitter.com/b2FuTpriKf

The spacecraft will orbit Jupiter 37 times over the next 20 months, powered by 18,698 individual solar cells, in order to:

For the next couple months, NASA scientists will perform calibrations and tests of the spacecraft’s subsystems. Juno will officially begin collecting data in October.

atmosphere. The reasoning behind that is something called planetary protection. There’s no guarantee that Juno is completely sterile.”

Bolton said he might consider extending Juno’s mission beyond its current 20-month plan.

But is the risk really that high? According to Niebur, yes.

“We’re proceeding with an over-abundance of caution, because Juno, the spacecraft, was not cleaned when it was launched from Earth, and what we’ve learned is that there are life forms or spores that could survive the rigors of that crossing through space, that could possibly even survive the radiation dose that the spacecraft will get,” he said.

“If just one of those bacteria or spores gets into the ocean on Europa, what would happen if it would grow, live and spread? We could possibly contaminate an entire alien ecosystem.”

“We don’t say we want to protect it—we say we must protect this environment,” he said.