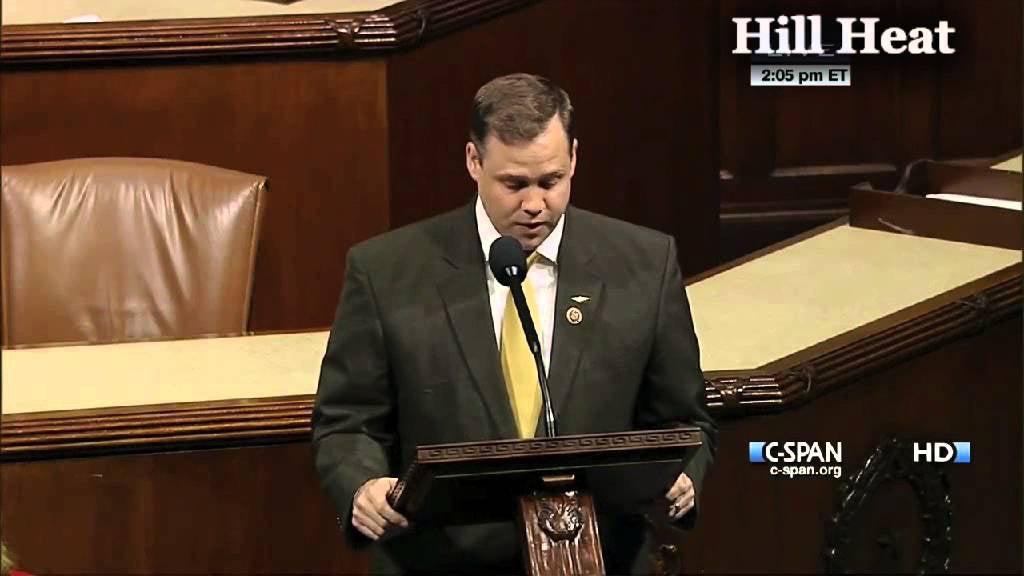 President Trump‘s intention to nominate Rep. Jim Bridenstine of Oklahoma as the next administrator of the National Aeronautics and Space Administration (NASA) has drawn controversy as the Republican congressman denies the human causes of climate change.

“I would say that the climate is changing. It has always changed. There were periods of time long before the internal combustion engine when the Earth was much warmer than it is today,” Bridenstine told
Aerospace America in a 2016 interview. “Going back to the 1600s, we have had mini Ice Ages from then to now.”

Bridenstine—a veteran Navy combat pilot and member of the House Science, Space, and Technology Committee—is a proponent of space commercialization and introduced the
Space Renaissance Act earlier this year. He also wants to send Americans back to the moon.

But NASA is not just a space exploration program—it also plays
a major role in global climate science, including “research on solar activity, sea level rise, the temperature of the atmosphere and the oceans, the state of the ozone layer, air pollution, and changes in sea ice and land ice. NASA scientists regularly appear in the mainstream press as climate experts,” the agency states.

When Bridenstine was asked if there was any data that would change his view that fossil fuels are not heating the planet, he sidestepped to the carbon emissions of China, Russia and India.

“The United States does not have a big enough carbon footprint to make a difference when you’ve got all these other polluters out there,” he told Aerospace America. “So why do we fundamentally want to damage our economy even more when nobody else is willing to do the same thing?”

Bridenstine confirmed to E&E News in February that he was in the running for NASA chief and said that he was not committed to keeping climate research at the agency but may want to transfer the program to the National Oceanic and Atmospheric Administration (NOAA), even though NOAA might not be as well equipped as NASA in studying climate change.

During his speech on the House floor in 2013, the freshman Rep. demanded an apology from President Obama for spending “30 times as much money” on climate change research than on weather forecasting. This claim is not true.

The Commercial Spaceflight Federation “applauded” the choice, as well as Sen. Ted Cruz.

However, Trump’s pick has attracted bipartisan criticism. As
Inside Higher Ed noted, previous NASA administrators have had extensive work experience in the agency or hold advanced scientific degrees, or both.

Florida Democratic Sen. Bill Nelson—the ranking member on the Senate’s Committee on Commerce, Science & Transportation, which oversees NASA and would hear Bridenstine’s nomination—told
POLITICO that “the head of NASA ought to be a space professional, not a politician.”

Republican Sen. Marco Rubio of Florida also said Bridenstine would be “devastating for the space program.”