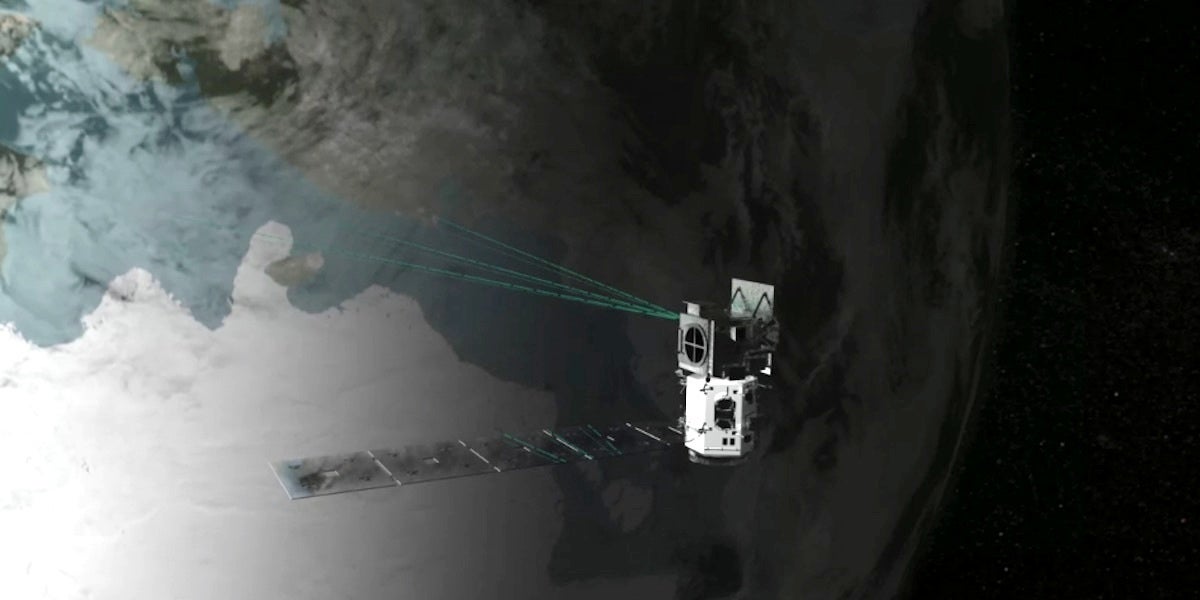 NASA will soon activate the “most advanced laser instrument of its kind” to study Earth’s changing polar ice.

The incredibly precise Advanced Topographic Laser Altimeter System (ATLAS) is the main feature of the Ice, Cloud and land Elevation Satellite-2 (ICESat-2) that successfully launched into space from the Vandenberg Air Force Base in California on Sept. 15.

The United Launch Alliance Delta II rocket launched with the NASA ICESat-2 onboard, Sept. 15, 2018, from Vandenberg Air Force Base in California. NASA/Bill Ingalls

“For us scientists the most anticipated part of the mission starts when we switch on the laser and get our first data,” said Thorsten Markus, ICESat-2 project scientist at NASA’s Goddard Space Flight Center, in a press release. “We are really looking forward to making those data available to the science community as quickly as possible so we can begin to explore what ICESat-2 can tell us about our complex home planet.”

Following a successful week along its planned orbit, NASA tweeted Friday that the $1 billion ICESat2 is “looking great” and it will switch on ATLAS in about a week.

Week 1 update: #ICESat2 is looking great! ??️
Solar array deployed, all subsystems turned on, and we’re busy checking everything out. Navigation works perfectly, guiding us along our planned orbit.
~1 week until it's time to open the door & turn on the laser!

Once the laser is turned on, it will fire six beams of green light at the ice covering Greenland and Antarctica and measure how long it takes for the pulses to bounce back.

The technology captures 60,000 measurements every second and can estimate the annual height change of the Greenland and Antarctic ice sheets to within four millimeters, the width of a pencil, NASA touted.

The ICESat-2 repeats its orbit around Earth every 91 days so scientists can track how ice height changes across the four seasons.

The collected data will help scientists get a better picture of Earth’s melting icecaps and improve forecasts of sea level rise.

“We can parameterize these processes better and put them into models so that our models will be more accurate and predict future sea level scenarios, so that we can then send that information to planners for preparing for the future,” Helen Fricker, a professor at the Scripps Institution of Oceanography who helped NASA develop the ICESat-2 mission’s scientific goals, told Here & Now.

“As the climate is warming,” Fricker continued, “we are seeing changes in the sea level—sea level is rising—but the ultimate thing that we’re trying to get to is, how much ice will we lose and how quickly will we lose it?”

With the #ICESat2 mission launched, it is heading to orbit. Once there, it'll time how long it takes for laser beams to travel from the satellite to Earth & back. Scientists can calculate the height of glaciers, sea ice, forests, lakes + more w/ this data https://t.co/vPDRGmrwyZ pic.twitter.com/2wdSqHcq7P