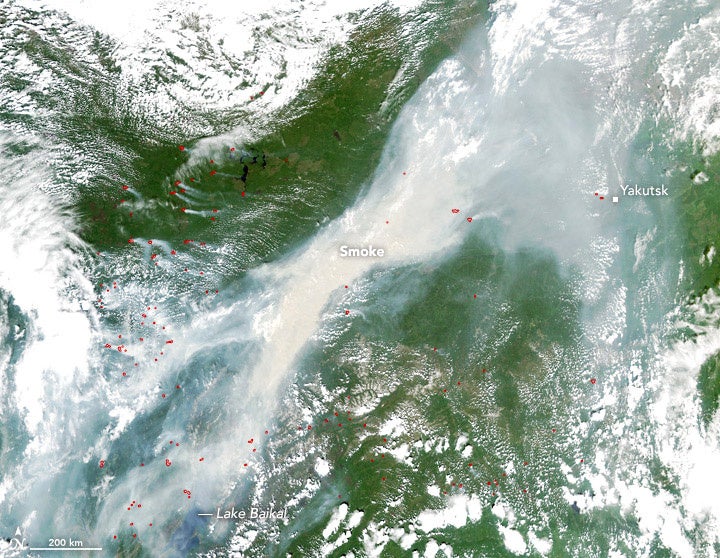 The massive blaze, which started in late June, is yet another example of how the effects of climate change has dramatically impacted the uppermost Northern Hemisphere.

A 2013 Proceedings of the National Academy of Sciences study determined that recent fires in the region’s boreal forests have been the worst in 10,000 years and wildfire activity is anticipated to “increase dramatically.”

As Climate Central’s Brian Kahn explained, “the region where fires are burning has been a hot spot on the global temperature map.”

“Since November, temperatures have been up to 7°F above average with some months far exceeding that mark. Climate change has been driving up temperatures around the world, but the northern tier of the planet has seen temperatures rise twice as fast,” he wrote.

Furthermore, as temperatures continue to rise and the area dries up, things could get even worse.

“Climate change is expected to continue driving conditions that make destructive fires more common in boreal forests,” Kahn noted. “That will reshape some of the most unique ecosystems on earth and the climate system itself. Boreal forests store about 30 percent of the world’s carbon. When they burn, they put that carbon in the atmosphere, increasing the impacts of climate change and creating a vicious cycle that will likely lead to more fires.” 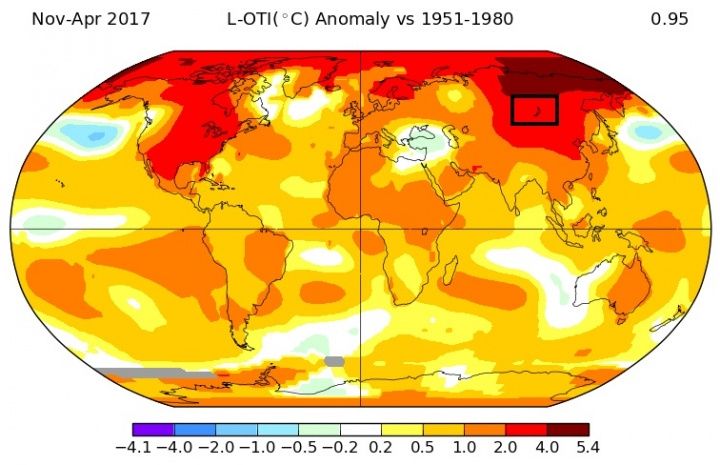 Temperatures in Siberia have been more than 7°F above average since November.