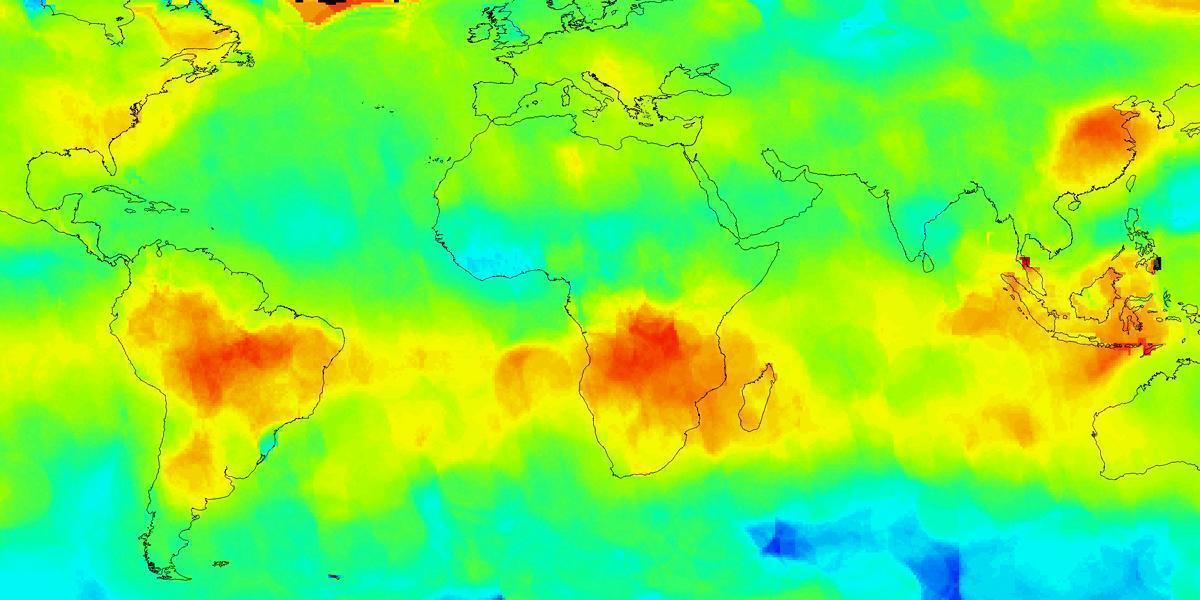 In an effort to understand how climate change is altering the carbon cycle, a project between the University of Oklahoma and NASA is headed to space. Orbiting 22,000 miles above Earth’s surface, this host of instruments will track carbon as it flows through the Earth delivering real-time data and helping scientists quantify just how much humans are affecting the planet.

The carbon cycle is an inconspicuous, but vital, system in all ecosystems, including marine habitats, forests and even deserts. All plants need carbon to complete photosynthesis, and when they die, that carbon is either released back into the atmosphere, or buried deep under ground to create fossil fuels over thousands of years. As we are seeing today, the carbon cycle plays a huge role in temperature fluctuation and weather patterns and unfortunately, the more carbon we trap in the atmosphere, the more unpredictable these fluctuations become.

The University of Oklahoma is calling the mission the Earth Venture Mission, and the payload (the part that will attach to one of Earth’s satellites) is called the Geostationary Carbon Observatory, or GeoCarb. Although it may seem like an extreme measure to take, scientists believe it is necessary. The increase of carbon in the atmosphere well surpassed the point of no return—or carbon threshold—in 2016 and has continued to steadily rise above 400 parts per million. This is rapid warming compared to the 280 ppm that persisted for thousands of years before the industrial revolution. Scientists say we’ve reached a state of unknown, and launching the GeoCarb is our best bet in being able to predict where we go from here. 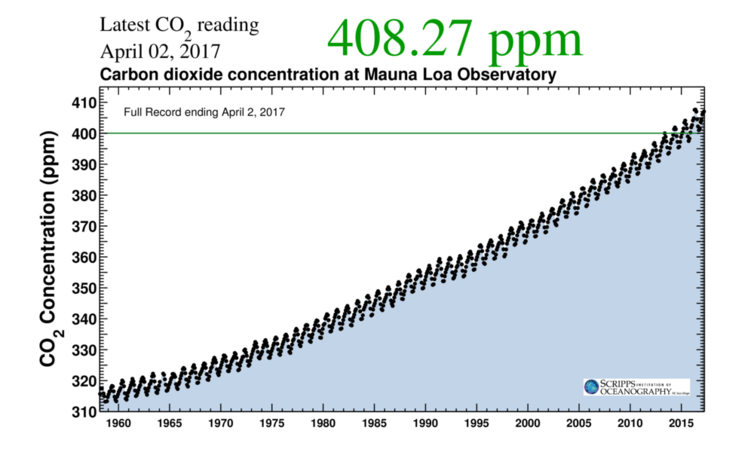 From 1958 to 2017, carbon has been shy rocketing. Scripps Institution of Oceanography

The GeoCarb will rotate in tandem with Earth at 85 degrees west longitude where it will be able to record human activity in developed nations from urbanized areas to agricultural lands. It will take measurements of carbon dioxide, methane and carbon monoxide once or even twice daily. It will also measure solar induced fluorescence, which is the light that plants can’t absorb and is therefore repelled from Earth. This measurement will be closely tied to the rate of photosynthesis, and will help map out where carbon sinks exist. The map will also help scientists understand where there is a natural release in carbon, such as when a plant dies and decays, versus when human-induced carbon is released. It will be the first time scientists are able to watch the Western Hemisphere breathe in and out every day.

“Knowing what fraction of these changes is caused by human activities is important for understanding our impact on the planet, and observing and measuring it is essential to any conversation about strategies for reducing CO2 emissions,” Berrien Moore, director of the National Weather Center at the University of Oklahoma, told The Conversation.

“These observations, along with direct measurements of photosynthetic activity from SIF observations, will raise our understanding of the carbon cycle to a new level.”