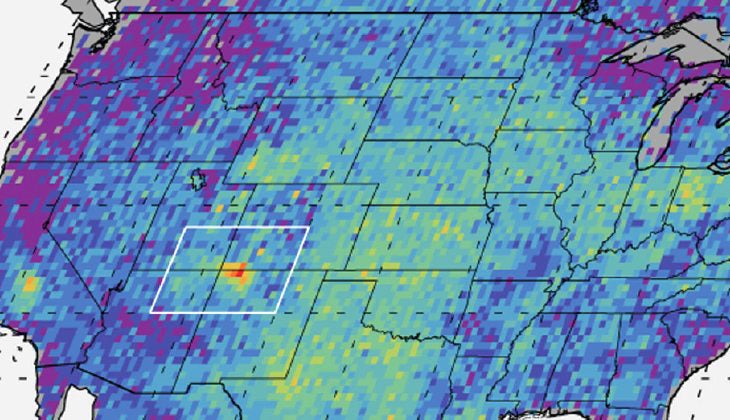 The National Aeronautics and Space Administration (NASA) released a new study Monday examining what caused a methane “hot spot” to form in New Mexico. This new study of methane emissions generated by the oil and gas industry in the state’s San Juan Basin is a major step forward in understanding the causes of New Mexico’s methane “hot spot.” It follows up on a 2014 satellite-based study that initially found the “hot spot” and sought to identify its specific causes. 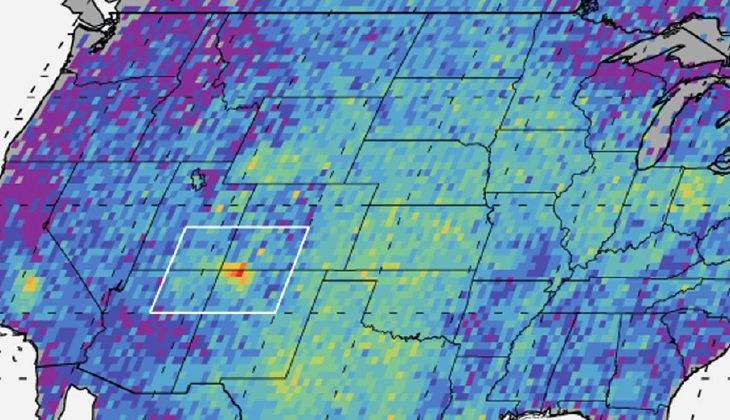 The Four Corners area, in red, left, the major U.S. hot spot for methane emissions shown in this map.NASA / JPL-Caltech

The NASA study found that roughly 50 percent of basin-wide methane emissions come from more than 250 very large polluters that were detected by intensive NASA aerial surveys and ground crews. According to the authors, this finding confirms researchers’ earlier speculation that most of the basin’s methane emissions are related to natural gas extraction and coal mining.

But this is only half of the story as the study did not determine the source of the remaining 50 percent of emissions. Given the more than 20,000 (mainly older) gas wells, myriad storage tanks, thousands of miles of pipelines and several gas processing plants in the area, NASA’s finding that the oil and gas industry is primarily responsible for the “hot spot” is not surprising. In fact, the researchers found only one large source of methane not related to oil and gas operations: venting from the San Juan coal mine. This discovery renders attempts to point the finger at other potential emissions sources, like coal outcrops and landfills, definitively refuted.

Despite identifying the source of the emissions, one of the authors’ key conclusions is not supported by the evidence. The report says that the small number of large methane sources, “suggests that mitigation of field-wide emissions such as those estimated for Four Corners will be less costly because it only requires identifying and fixing a few emitters.”

The other 50 percent of methane emissions in the region cannot be ignored and mitigating field-wide emissions will require the oil and gas industry to cut emissions from all sources, large and small, if we are to eliminate New Mexico’s “hot spot.” New comprehensive oil and gas methane standards from the U.S. Environmental Protection Agency and the Bureau of Land Management are currently in the works and, once completed, will require the industry to cut its methane emissions from all sources.