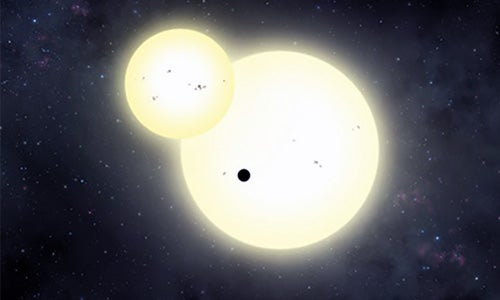 A team led by astronomers from the National Aeronautics and Space Administration (NASA) and San Diego State University have found the largest planet yet to orbit a double-star system.

Kepler-1647b is 3,700 light-years away and approximately 4.4 billion years old, roughly the same age as Earth, according to NASA’s announcement Monday. The planet’s mass and radius are nearly identical to that of Jupiter. Astronomers from NASA’s Goddard Space Flight Center in Greenbelt, Maryland, used the administration’s Kepler Space Telescope to identify the planet. 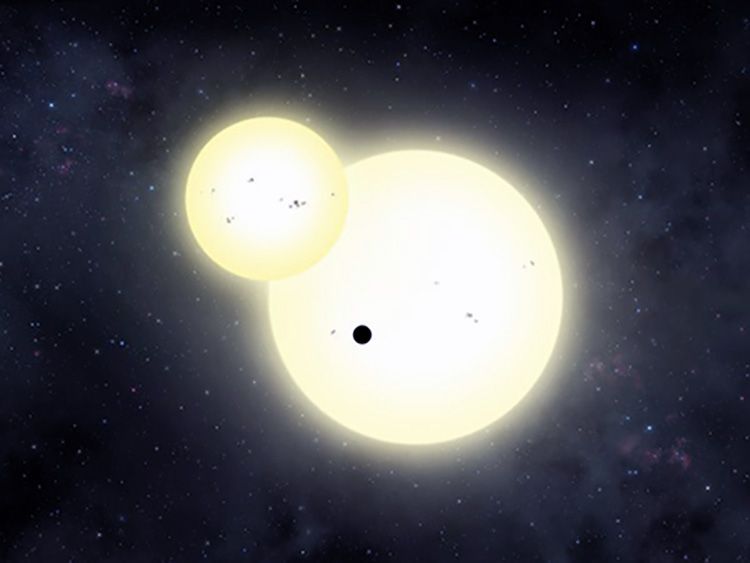 The Kepler Space Telescope’s goal is to “survey our region of the Milky Way for Earth-size and smaller planets in or near the habitable zone,” according to the telescope’s website. Almost 3,000 exoplanets have been confirmed since the mission launched in 2009.

“Finding circumbinary planets is much harder than finding planets around single stars,” William Welsh, an astronomer at San Diego State University, said. “The transits are not regularly spaced in time and they can vary in duration and even depth.”

Kepler-1647b takes 1,107 days—just more than three years—to orbit its stars, NASA said, marking the longest period of any confirmed exoplanet. It is also unusually far from its stars. Scientists say the orbit puts the planet in the habitable zone—the range of distance from a star where liquid water could form on the surface of an orbiting planet.

Despite being in the habitable zone, it is unlikely Kepler-1647b could host life. It is a gas giant just like Jupiter. However, if it’s discovered that the planet has large moons, they could potentially be suitable for life, according to NASA.

“Habitability aside, Kepler-1647b is important because it is the tip of the iceberg of a theoretically predicted population of large, long-period circumbinary planets,” Welsh said.

Kepler-1647b will now be inspected by researchers using advanced computer programs to determine if it really is a planet, NASA said.