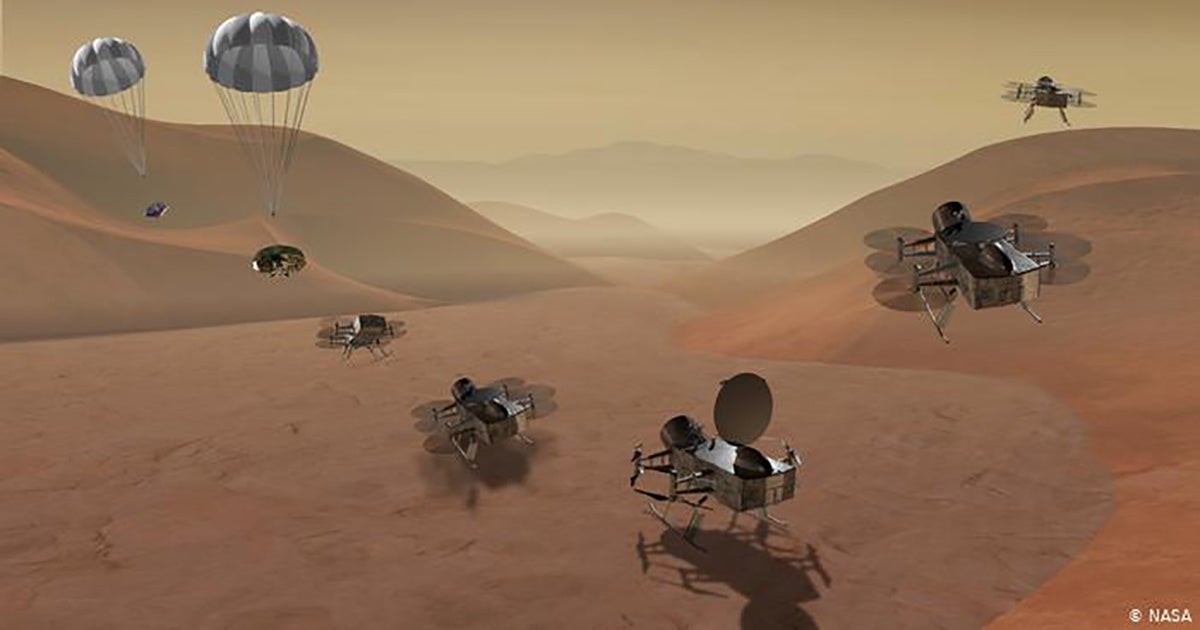 The crewless craft with four propellers is slated to launch in 2026 and reach its destination in 2034.

“What really excites me about this mission is that Titan has all the ingredients needed for life,” said Lori Glaze, director of NASA’s planetary science division.

BIG NEWS: The next @NASASolarSystem mission is… #Dragonfly – a rotorcraft lander mission to Saturn’s largest moon Titan. This ocean world is the only moon in our solar system with a dense atmosphere & we’re so excited to see what Dragonfly discovers: https://t.co/whePqbuGBq pic.twitter.com/BQdMhSZfgP

What Will the Mission Involve?

The nuclear-powered Dragonfly is expected to spend two years flying vast distances across Titan’s surface and touching down at different sites of interest.

It will visit the icy moon’s dunes and the floor of a crater to search for signs of past or present microbial life. Its instruments will also investigate the atmosphere and an underground ocean.

“Visiting this mysterious ocean world could revolutionize what we know about life in the universe,” NASA administrator Jim Bridenstine said. “Titan is unlike any other place in our solar system, and the most comparable to early Earth.”

This similarity to our own planet means Saturn’s moon could potentially hold clues for researchers about the origins of life.

Why Titan? This ocean world is unique in the solar system, with organic compounds that could teach us about the origin of life itself. More: https://t.co/xP0QBwmyrV pic.twitter.com/Tmy3uYuxuK

What Do We Know About Titan?

Based on images collected by a previous mission, Titan has a rocky, rugged landscape, with lakes made of methane and ethane. It also has an ocean below its crust. It is the only place, besides Earth, known to have liquid rivers, lakes and seas.

Of the more than 150 known moons in the solar system, Titan is the second-largest, and the only one with a thick, hazy atmosphere. Like Earth, its atmosphere is nitrogen-based. But unlike Earth, Titan has clouds and rain of methane.

The European Space Agency’s Cassini-Huygens probe became the first spacecraft to land on Titan in 2005. That mission measured the temperature, pressure and density of the atmosphere and took pictures of the moon’s surface.

The newly announced Dragonfly mission will be developed and led by Johns Hopkins University’s Applied Physics Laboratory in the U.S. state of Maryland.