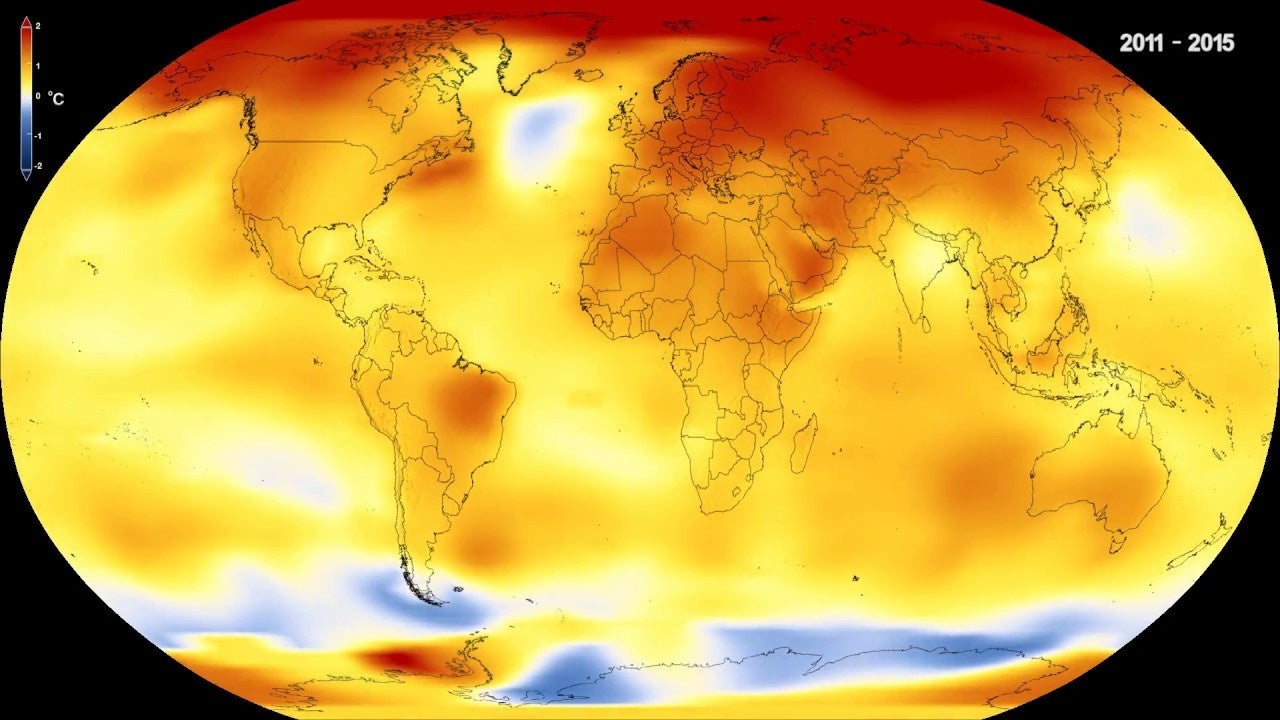 Climate science marks a troubling anniversary this week: in June of 1988, NASA scientist James Hansen told Congress that global warming had already begun to affect the world and would only get worse.

A sweeping AP analysis finds that in the decades since Hansen’s testimony, global temperatures have risen nearly 1 degree F, while the U.S. is nearly 1.6 degrees warmer. The AP also reports that all of the 188 U.S. cities it reviewed have gotten warmer, while daily heat records have been broken more than two million times in cities across the country.

“Thirty years ago, we may have seen this coming as a train in the distance,” said NOAA’s Deke Arndt, one of the more than 50 scientists interviewed who confirmed the breadth of the AP’s findings. “The train is in our living room now.”

“Clara Deser, climate analysis chief at the National Center for Atmospheric Research, said that when dealing with 30-year time periods in smaller regions than continents or the globe as a whole, it would be unwise to say all the warming is man-made. Her studies show that in some places in North American local—though not most—natural weather variability could account for as much as half of warming.

But when you look at the globe as a whole, especially since 1970, nearly all the warming is man-made, said Zeke Hausfather of the independent science group Berkeley Earth. Without extra carbon dioxide and other greenhouse gases, he said, the Earth would be slightly cooling from a weakening sun. Numerous scientific studies and government reports calculate that greenhouse gases in the big picture account for more than 90 percent of post-industrial Earth’s warming.

‘It would take centuries to a millennium to accomplish that kind of change with natural causes. This, in that context, is a dizzying pace,’ said Kim Cobb, a climate scientist at Georgia Tech in Atlanta.”