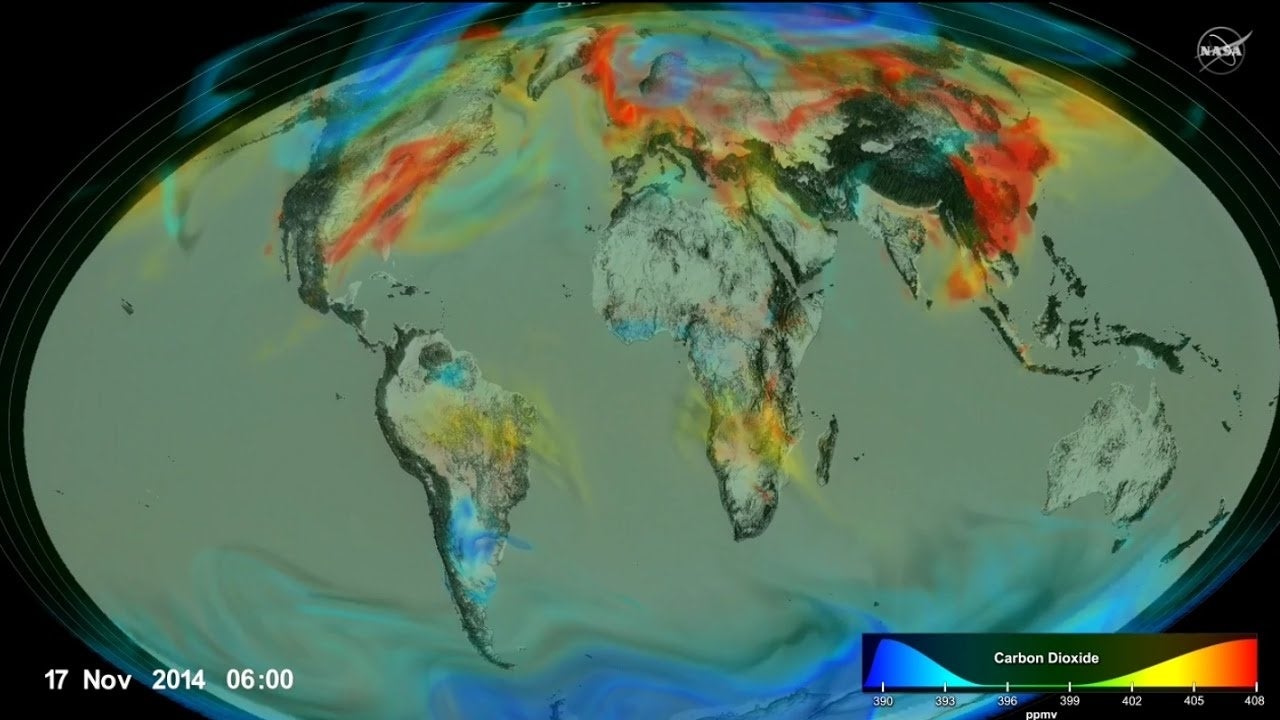 As the Trump administration charges forward with its war on science by canceling a “crucial” carbon monitoring system at NASA, scientists and climate experts are sounding alarms over atmospheric concentrations of carbon dioxide (CO2) that just surpassed a “troubling” threshold for the first time in human history.

“The reading from the Mauna Loa Observatory in Hawaii finds that concentrations of the climate-warming gas averaged above 410 parts per million [ppm] throughout April,” Chris Mooney wrote for the Washington Post. “The first time readings crossed 410 at all occurred on April 18, 2017, or just about a year ago.”

While the planet’s concentrations of carbon dioxide fluctuated between roughly 200 ppm and 280 ppm for hundreds of thousands of centuries, as the NASA chart below details, CO2 concentrations have soared since the start of the industrial revolution—and, without urgent global efforts to significantly alter human activities that produce greenhouse gas emissions, show no sign of letting up. 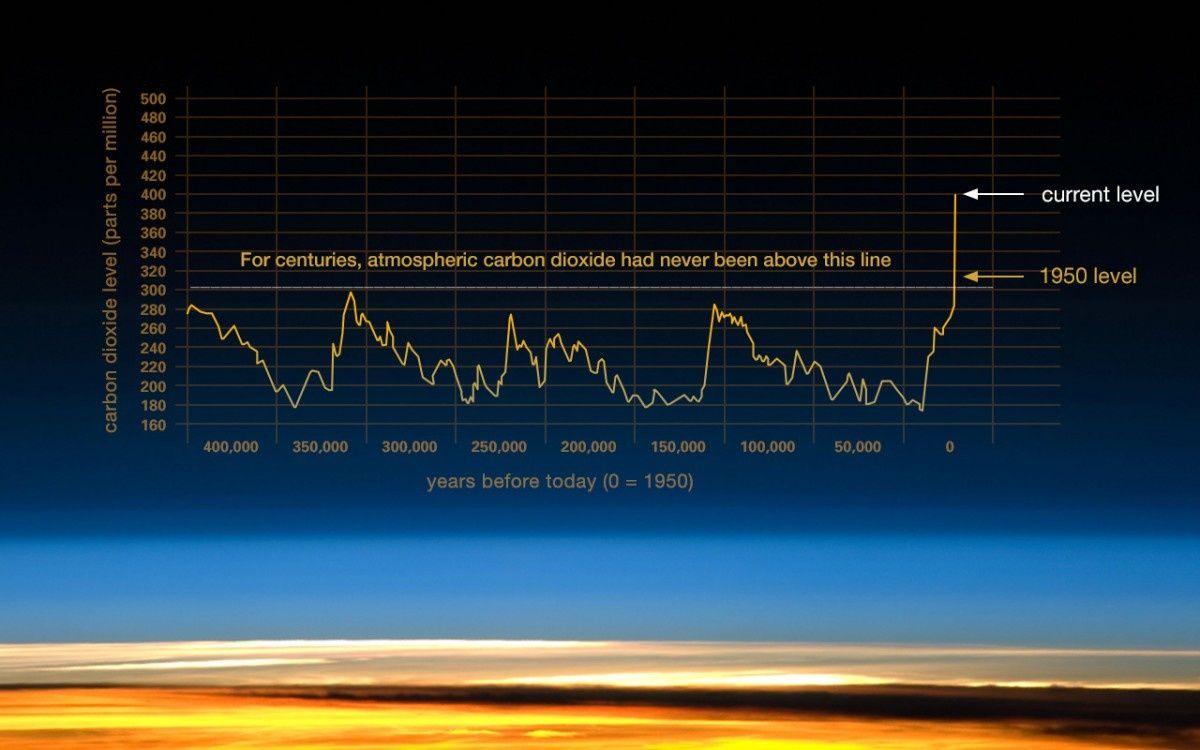 “As a scientist, what concerns me the most is not that we have passed yet another round-number threshold but what this continued rise actually means: that we are continuing full speed ahead with an unprecedented experiment with our planet, the only home we have,” Katharine Hayhoe, a climate scientist at Texas Tech University, told Mooney.

While CO2 levels have passed 400 ppm in the Earth’s history, “it has been a long time. And scientists are concerned that the rate of change now is far faster than what Earth has previously been used to,” as Mooney explained:

In the mid-Pliocene warm period more than 3 million years ago, they were also around 400 parts per million—but Earth’s sea level is known to have been 66 feet or more higher, and the planet was still warmer than now.

As a recent federal climate science report (coauthored by Hayhoe) noted, the 400 parts per million carbon dioxide level in the Pliocene “was sustained over long periods of time, whereas today the global CO2 concentration is increasing rapidly.” In other words, Earth’s movement toward Pliocene-like conditions may play out in the decades and centuries ahead of us.

As climate scientists continue to warn about the global consequences of rising levels of CO2 and other greenhouse gases—such as more intense and frequent extreme weather events—the Trump administration has pursued a multi-pronged anti-science agenda that includes rolling back regulations that aim to limit emissions and blocking future research.

News of the record-high levels of atmospheric carbon came as Science reported that the Trump administration “quietly killed” NASA’s $10-million-a-year Carbon Monitoring System (CMS), which “has helped stitch together observations of sources and sinks into high-resolution models of the planet’s flows of carbon”—because, as 350.org co-founder Bill McKibben remarked sarcastically, “what you can’t see can’t cook you.”

Trump kills crucial NASA work to measure carbon and methane. Because what you can't see can't cook you. https://t.co/aZedBKmRFI

Citing a NASA spokesman, Science explained: “The White House has mounted a broad attack on climate science, repeatedly proposing cuts to NASA’s earth science budget, including the CMS, and cancellations of climate missions such as the Orbiting Carbon Observatory 3 (OCO-3). Although Congress fended off the budget and mission cuts, a spending deal signed in March made no mention of the CMS. That allowed the administration’s move to take effect.”

Canceling CMS likely has global ramifications, Kelly Sims Gallagher, director of Tufts University’s Center for International Environment and Resource Policy, pointed out, because the system monitors the Earth’s CO2 levels as nations that have signed on to the Paris agreement—from which Trump plans to withdraw—pursue policies to reduce greenhouse gas emissions.

“If you cannot measure emissions reductions, you cannot be confident that countries are adhering to the agreement,” Gallagher said, calling the decision to kill the system “a grave mistake.”