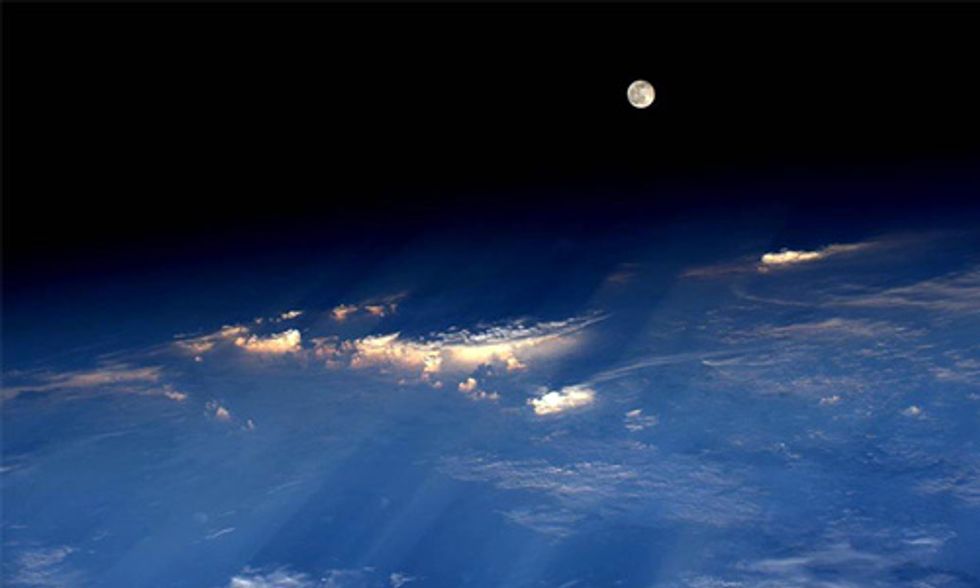 Some of us might have struggled to capture the strawberry moon yesterday, but this astronaut had an awesome view.

Expedition 48 Commander Jeff Williams took a breathtaking picture of the June full moon from the International Space Station. The picture was snapped when the station was over western China.

A spectacular rise of the full moon just before sunset while flying over western China. Photo credit: Jeff Williams

This year's summer solstice was astronomically significant. It was the first time in almost 70 years when the solstice and June full moon coincided. The event hadn't occurred since 1948, the Baltimore Sun reported.

“Having a full moon land smack on the solstice is a truly rare event," Bob Berman, an astronomer for the Old Farmer's Almanac, said.

A spectacular rise of the full moon just before sunset while flying over western China. https://t.co/pNWqaV4zLf
— Jeff Williams (@Jeff Williams)1466516667.0

NOAA: World's Largest Sponge Is as Big as a Minivan