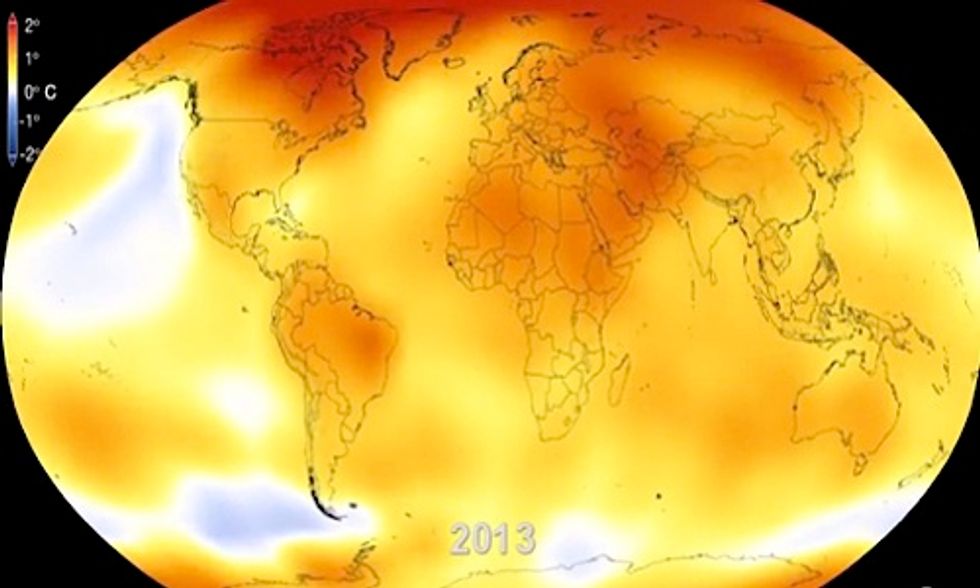 A 15-second NASA time-lapse video shows the steady and rapid warming of the planet since the middle of the twentieth century, with regions in the Arctic and Siberia warming as much as two to four degrees Celsius (3.6 to 7. 2 degrees Fahrenheit) above a long-term average:

The animation begins in 1950, but the intensity of the yellow, orange and red colors shows how much temperatures have increased compared to baseline temperature data collected from 1880 to the present.

NASA said that nine of the planet's 10 warmest years have occurred since 2000, and worldwide surface temperatures continued to rise in 2013, according to satellite and meteorological data.