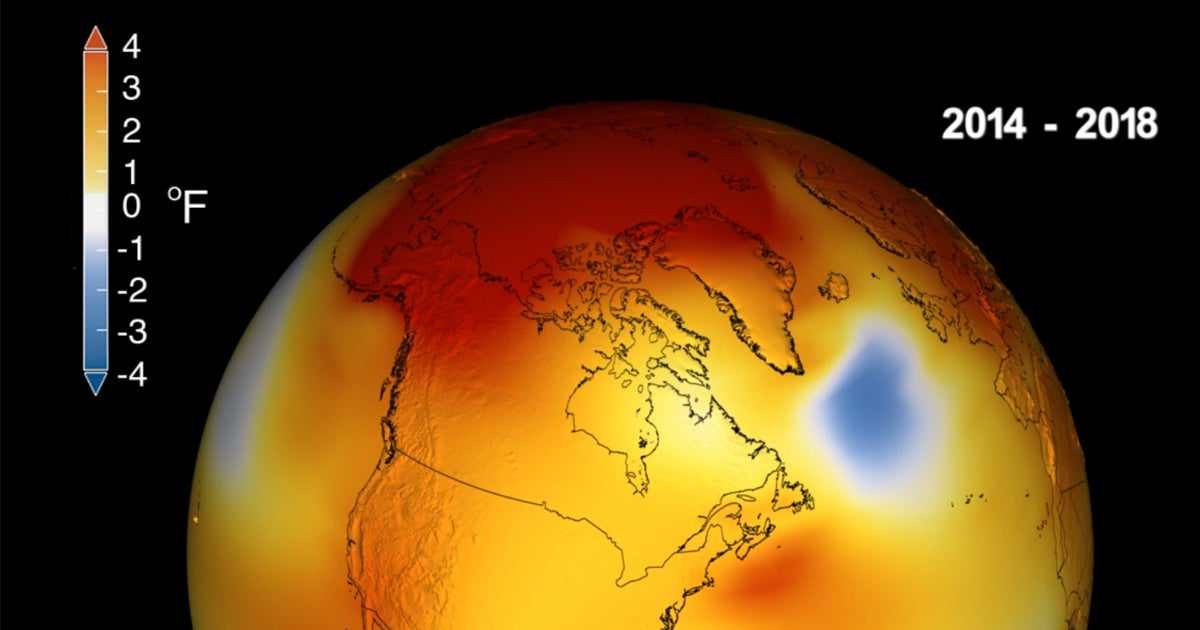 NASA scientists confirmed in a report Wednesday that 2018 was one of the hottest years on record, continuing what the New York Times called “an unmistakable warming trend.”

Last year was the fourth-warmest on record since scientists began recording such data 140 years ago, according to NASA’s Goddard Institute for Space Studies (GISS). This finding makes the last five years the five hottest years ever, scientists said, slapping down any question that the planet is growing warmer.

“2018 is yet again an extremely warm year on top of a long-term global warming trend,” said GISS director Gavin Schmidt in a statement.

“The five warmest years have, in fact, been the last five years,” he told the Times. “We’re no longer talking about a situation where global warming is something in the future. It’s here. It’s now.”

Earth's global surface temperatures in 2018 were the fourth warmest since 1880. The past five years are, collectively, the warmest years in the modern record. https://t.co/tx8nop89Fn

The report follows a year marked by
wildfires which scorched more than 1.5 million acres in California and an extended drought across much of Europe, as well as news that glaciers at the North and South Poles are melting at far faster rates than previously believed.

“Kids graduating from high school have only known a world of record-breaking temperatures,”
said Brenda Ekwurzel, director of climate science at the Union for Concerned Scientists. “With global emissions rising for the second year in a row, this disastrous trend shows no signs of changing any time soon.”

As climate scientists have said for decades, the warming of the planet affects far more than the hotter temperatures that are observable by humans each year. Global warming has influenced
shifts in oceans that have may cause increasingly destructive and deadly hurricanes, and changes in the jet stream which scientists say contribute to extreme cold snaps across whole regions of the U.S. just last week.

“It also comes at a cost—with both the loss of human lives and catastrophic economic impacts,” she
added. “According to NASA and NOAA [National Oceanic and Atmospheric Administration], there were a total of 14 billion-dollar weather and climate disaster events in the U.S. in 2018 alone, costing the nation $91 billion in direct economic damages and resulting in 247 deaths.”

Hoda Baraka, communications director for 350.org,
called the report “a red screaming alarm bell that we must stop the fossil fuel industry.”

“Temperatures are rising year on year, breaking records everywhere, and causing untold damage across the world—meanwhile coal, oil, and gas companies intend to continue profiting from spewing their pollution into the atmosphere. The science is clear, to have a realistic chance of limiting temperature rise to 1.5C we must end the fossil fuel industry, starting today,” said Baraka.

The report was released as two House committees convened for their first
climate crisis-related hearings in a decade, leading to hope among green campaigners that the U.S. government—led by a president who has denied the existence of the climate crisis and indicated he will exit the Paris climate agreement, refusing to take even minor steps to curb carbon emissions—will begin to take seriously its role in stemming the crisis.

“For years, climate change has been grossly ignored by President Trump, as well as Congress writ large,” said Ekwurzel, who testified at the House Energy and Commerce Committee’s hearing Wednesday. “With roughly one decade left to tackle this problem head on, House Democrats have signaled that the climate crisis is at the top of their agenda by scheduling a slew of hearings on the subject this month.”

No more climate denialism. No more evasions. @HouseDemocrats are in charge. Led by @RepRaulGrijalva, the Natural Resources Committee will hold the first Congressional hearings on climate change in a decade starting on Wednesday, Feb 6th. It's time to #ActOnClimate. pic.twitter.com/L39R1W0RQ9