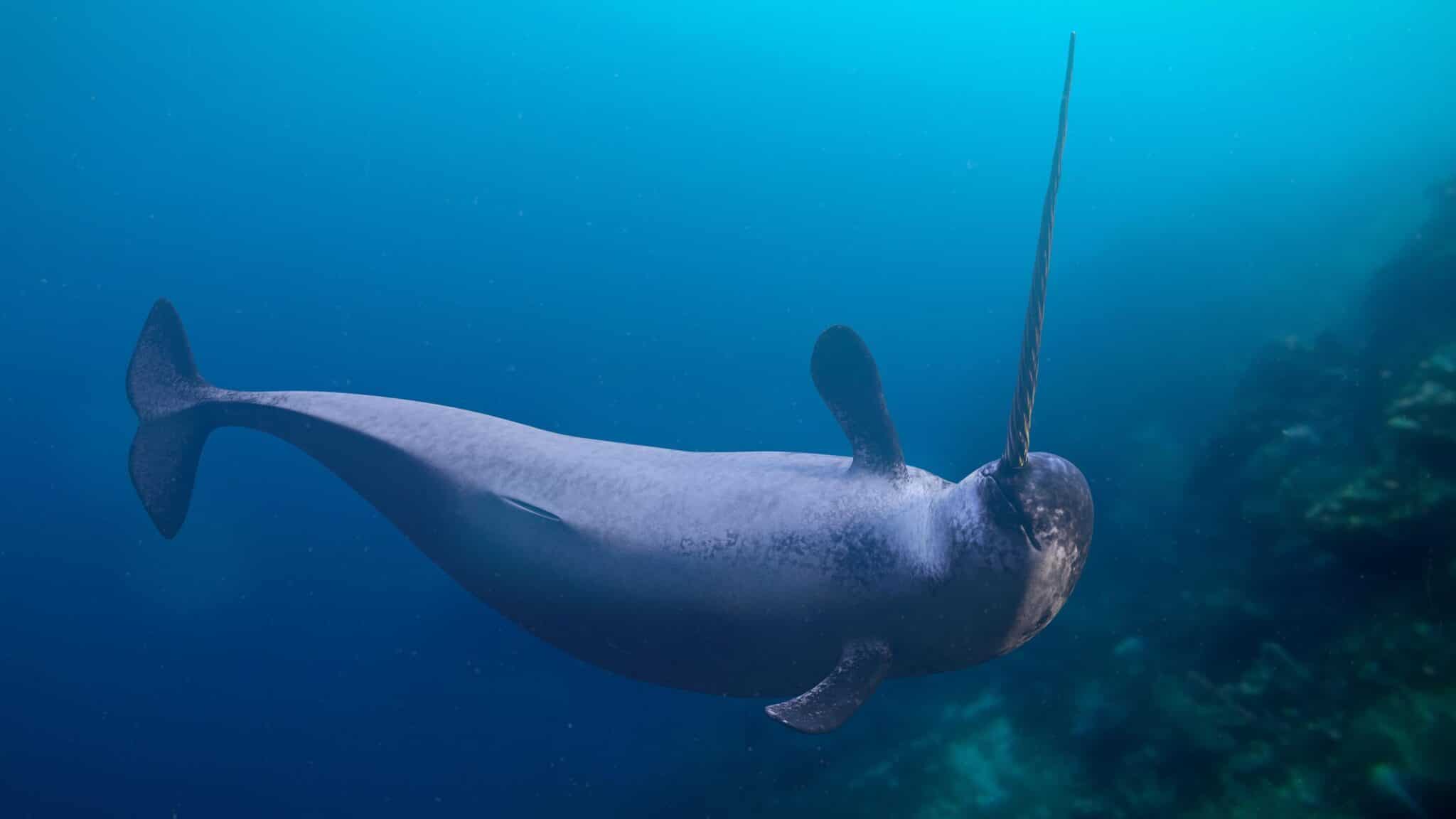 As the Arctic continues to warm, climate changes cascade into the marine environment. Top predators like polar bears, beluga whales, and narwhals are affected by shifting seasonality and loss of the Arctic sea ice that shapes where they live and what they eat. Moreover, changes in ocean currents alter the transport of toxins like mercury through Arctic waters, which can create health concerns for top consumers in marine food webs.

Historically, it has been difficult to track how decades of changes in the marine environment have impacted the denizens of the Arctic deep. A recent Current Biology study has shown, however, that the iconic spiral tusks of male narwhals record chemical tracers of diet and mercury exposure over the animals’ lifetimes and provide a new paleorecord of the Arctic.

“The tusk is a relatively rare sample to get a hold of … but what’s unique about them that is we can do a time trend analysis for each individual,” which hasn’t been possible before, said Jean-Pierre Desforges, a postdoctoral fellow in marine mammal toxicology at McGill University in Montreal who coauthored the new study. “We don’t have that many tusks, but for each tusk we have a lot of data points.”

A Change in Diet

Narwhals spend months at a time under Arctic sea ice in remote areas of the world, which can make sample collection very challenging. To date, most data on the impacts of climate change on narwhal come from tissue sampling, which can provide a brief snapshot of an animal’s environment. If a researcher wanted to understand these impacts over a narwhal’s 50-year life, they’d have to collect tissue samples for 50 years. This limits analysis of trends across a narwhal’s lifetime — the samples might come from many animals, or different collection methods might be used. In population-level studies, trends can be overwhelmed by variations among individual animals.

Narwhal tusks provide an alternative. A tusk is an enlarged canine tooth that grows a little bit each year and is connected to the animal’s circulatory system. Like whale earplugs, baleen, hair, and teeth, narwhal tusks can be a valuable archive of the animal’s environment and habits. A single tusk provides decades’ worth of data for a single narwhal. “From the time the animal was killed, we can backtrack through the animal’s whole lifetime,” Desforges said. 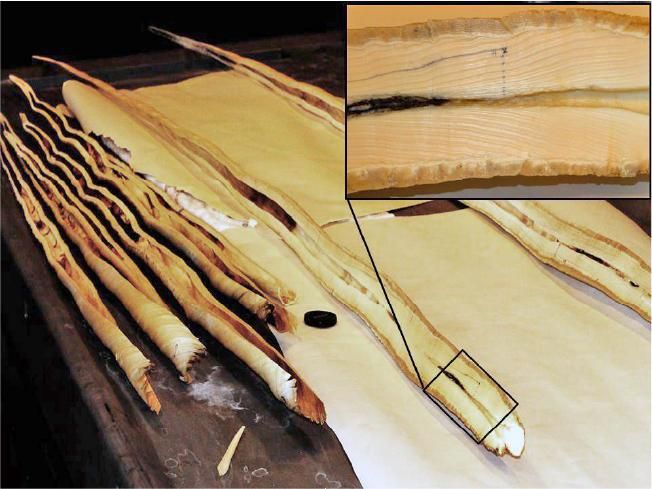 Carbon and nitrogen stable isotopes in the layers of a male narwhal’s tusk track whether the animal’s food source is from sea ice–dominated waters or open ocean. Rune Dietz

Desforges and his colleagues collected 10 narwhal tusks, each about 1–2.5 meters in length, from animals who lived in the waters off northern Greenland. The team measured stable isotopes of carbon and nitrogen — δ13C and δ15N — as well as mercury levels at multiple points along the length of each tusk, representing growth from 1962 to 2010.

The tusks revealed that before 1990, the narwhals’ diet primarily came from sympagic food webs associated with sea ice, with fish like halibut and Arctic cod. After 1990, narwhals primarily ate open-water (pelagic) food like capelin and armhook squid. This pattern broadly matches observed changes in Arctic sea ice and marine habitats during the study period: Climate-driven changes in the ocean have pushed more pelagic fish into icy Arctic waters, and with less sea ice, narwhals have had to shift where they hunt to better avoid predators like orcas.

As with δ15N, mercury levels track food web position. In the tusk samples, mercury levels rose with an animal’s age and declined as its food source shifted from sympagic prey, which are often at higher trophic levels and have greater bioaccumulation and biomagnification of toxins, to pelagic prey. Temporal trends in the tusks’ mercury and nitrogen matched up until 2000, when they sharply diverged.

“The diet suggests that mercury should be going down, whereas the mercury levels rise,” Desforges said. “Not only that, they rise a lot faster than they had in the previous decades. So the diet is not the major driver of mercury in recent decades. We propose that [the increase in mercury is associated with] increased global emissions of mercury or else a climate change impact where mercury is becoming more available in the Arctic.”

Analyzing more tusks collected in Greenland and elsewhere could help scientists trace where the mercury is coming from and better understand the potential health impacts of mercury on Arctic marine mammals.

Narwhal tusk expert Martin Nweeia, a dental researcher at Case Western Reserve University in Cleveland, Ohio, and Harvard University in Cambridge, Mass., told Nunatsiaq News that insights from tusk samples should be seen as one piece of the puzzle in tracking environmental change. Nweeia, who was not involved with this study, agrees with the researchers that tissue samples and actual stomach contents of tusked and nontusked males and females are needed to see the whole picture. He added that the best way forward would be to work with Inuit and let traditional knowledge guide that work. “I’d be curious what hunters think because they’re cutting open stomachs all the time,” he said. “They know exactly what that diet is.”

The tusks used in this study were provided by Avanersuaq and Uummannaq hunters after traditional subsistence hunts, but “we probably have tusks in museums around the world dating back to who knows when,” Desforges noted. “We can get really valuable information if the tusks are in good shape and preserved in the right way. Samples go back in time before the Industrial Revolution, so we could get a good idea of what the prehuman baseline would be for mercury in marine mammals.”