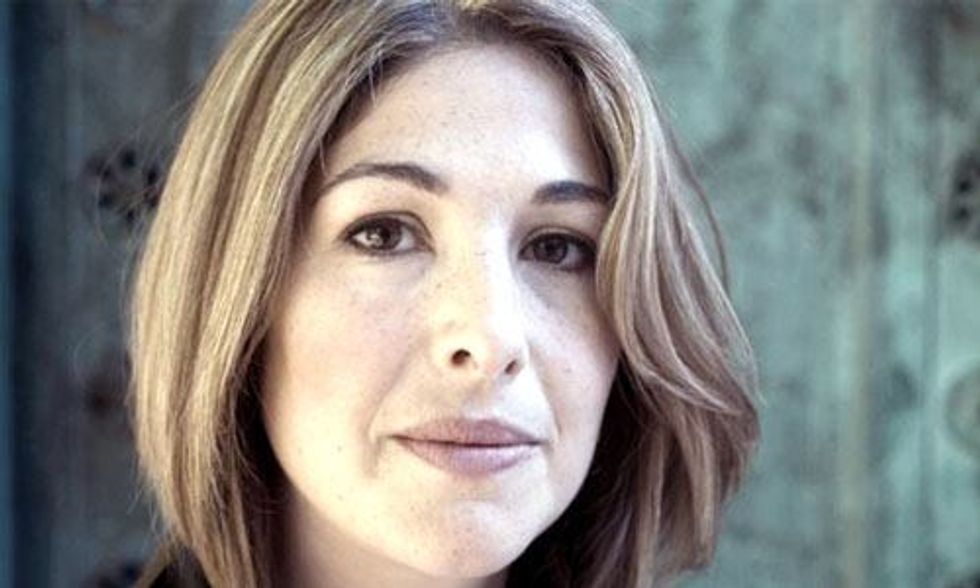 In a pair of interviews given ahead of her upcoming visit to Australia, author and activist Naomi Klein branded Prime Minister Tony Abbott as a climate change "villain" and said that Canadians and Australians can relate because they are both run by governments bent on destroying the planet.

"In Canada I can’t tell where the oil industry ends and the government begins and in Australia the same is true when it comes to coal," she told Guardian Australia in an interview published Sunday.

Author and activist Naomi Klein will be making her first trip to Australia in 14 years to speak at the Melbourne Writers Festival on Aug. 29 and Aug. 30 before headlining Sydney's Festival of Dangerous Ideas on Sept. 5. Photo credit: Naomiklein.org

Klein will be making her first trip to Australia in 14 years to speak at the Melbourne Writers Festival on Aug. 29 and Aug. 30 before headlining Sydney's Festival of Dangerous Ideas on Sept. 5.

Both the governments of Australia and Canada have been lambasted by environmentalists for being distinctly pro-fossil fuel amid ever-increasing awareness about the dangers of carbon emissions. With the upcoming Canadian elections, Klein says there is hope that things will change in her country. "If that happens, Australia will be isolated as a climate villain," she said.

She added that Abbott's climate record is "particularly shocking" given that "Australia is very much on the frontline of climate change. Also, being a Pacific nation, your closest neighbors are facing a truly existential threat. So I find it even more shocking that Australia is a hotbed of climate denial."

Her comments come just one week after Abbott unveiled his plan to reduce carbon emissions 26-28 percent by 2030 from 2005 levels, which many blasted as being insufficient to reach the 2°C warming threshold.

Klein further expanded on this idea in an interview with Australia's Fairfax Media published Monday, providing a glimpse of the themes she expects to touch upon during her speaking trip.

Climate denial, she said, is pervasive in English-speaking countries such as Australia, Canada, the U.S. and the UK because of a "colonial settler mentality."

"Countries founded on a powerful frontier mentality have this idea of limitless nature than can be endlessly extracted," she said. "Climate change is threatening to that because there are limits and you have to respect those limits. Where that frontier narrative is strongest is where denialism is strongest."

In her recently published book This Changes Everything, Klein connects the pending climate crisis with the failures of neoliberalism and argues that governments have fundamentally failed to deal with these global issues, leaving it up to grassroots movements to demand real action.

In her interview with Fairfax, Klein spoke to these connections:

The argument that I am making is that we are facing multiple, overlapping crises and they have their roots in the same system, the same logic. We are facing an equality crisis and that inequality very sharply followed racial lines. We have an unemployment crisis. We have a really unstable economic system, that is getting more and more unstable and I think everybody is waiting for the next crash. And the logic that has produced that, the reliance on short term profits above all else, no matter the cost, is the same logic that is producing the climate crisis. So I am arguing that if we want to respond to the climate crisis in a way that actually that produces a more stable system, we have this once in a century opportunity to get at the roots causes of all these crises. These issues are interconnected and if we don't see those connections we are going to produce a much more unequal world in the face of the climate crisis.

Countering the idea that she peddles "dangerous ideas," she replied, "Are they? I think they are safe ... I think Tony Abbott has the real dangerous ideas."

Laughing, she added: "I am all about safety. I am about safety for the people and the planet. I am sorry to disappoint you all with my safety."