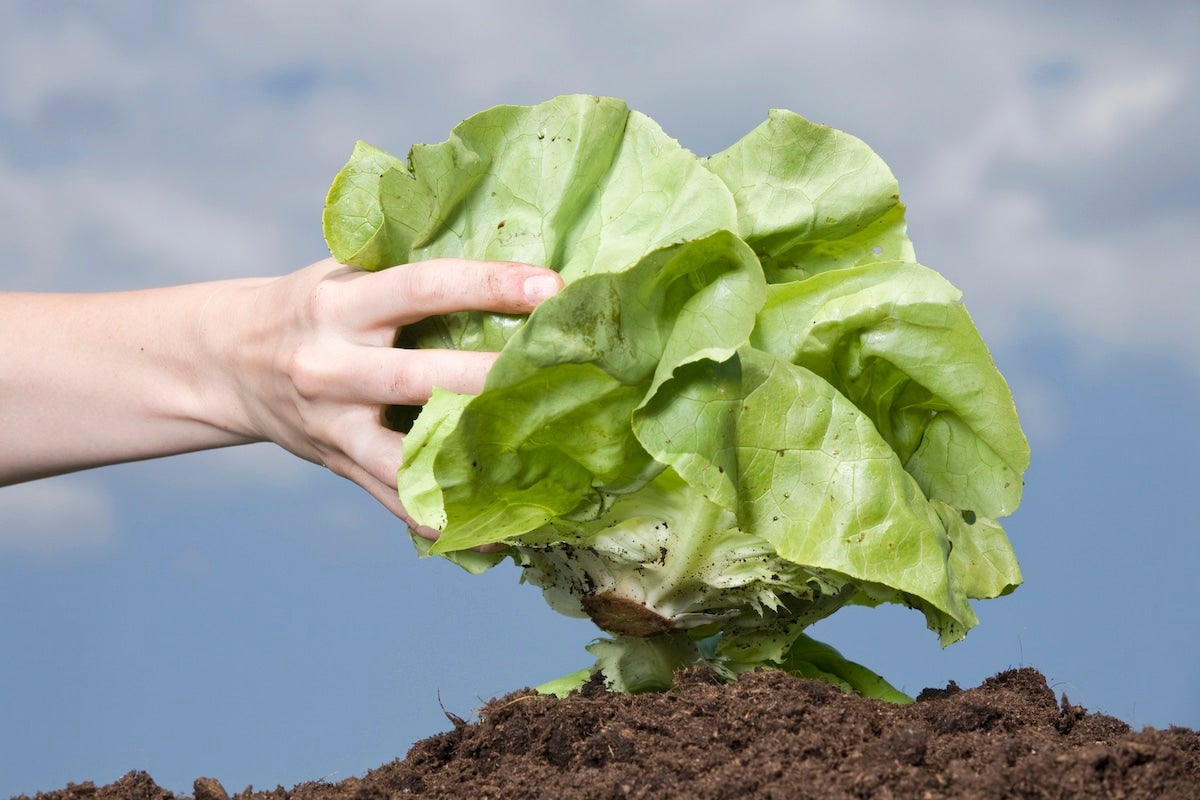 A new study traces the journey of nanoplastics up the food chain, starting with absorption from the soil by lettuce. Rainer Berg / Westend61 / Getty Images Plus

A new study finds how nanoplastics journey up the food chain, from being absorbed from the soil by lettuce, moving to insects, and eventually winding up in fish. The authors note this could pose potential health risks if this process is replicated with other crops and organisms.

New research from the University of Eastern Finland now shares how nanoplastics may move upward through the food chain, using lettuce as an example. Researchers developed a metallic fingerprint-based technique that measures nanoplastics in the soil. In the study, the researchers tested this technique with a model food chain consisting of three levels: lettuce, black soldier fly larvae and the insectivorous fish.

For the study, the researchers exposed lettuce plants to soil contaminated with common plastic waste, including polystyrene and polyvinyl chloride nanoplastics, for two weeks. Then, the lettuce was harvested and fed to the black solider fly larvae for 5 days. Next, the insects were fed to the fish for five days.

“Our results show that lettuce can take up nanoplastics from the soil and transfer them into the food chain,” lead author Fazel Monikh of the University of Eastern Finland said in a statement. “This indicates that the presence of tiny plastic particles in soil could be associated with a potential health risk to herbivores and humans if these findings are found to be generalizable to other plants and crops and to field settings.”

The authors note that more research is needed to assess health and environmental risks, but that the technique and process used within the study can be replicated for further research on the bioaccumulation and trophic transfer of nanoplastics in other food chains.