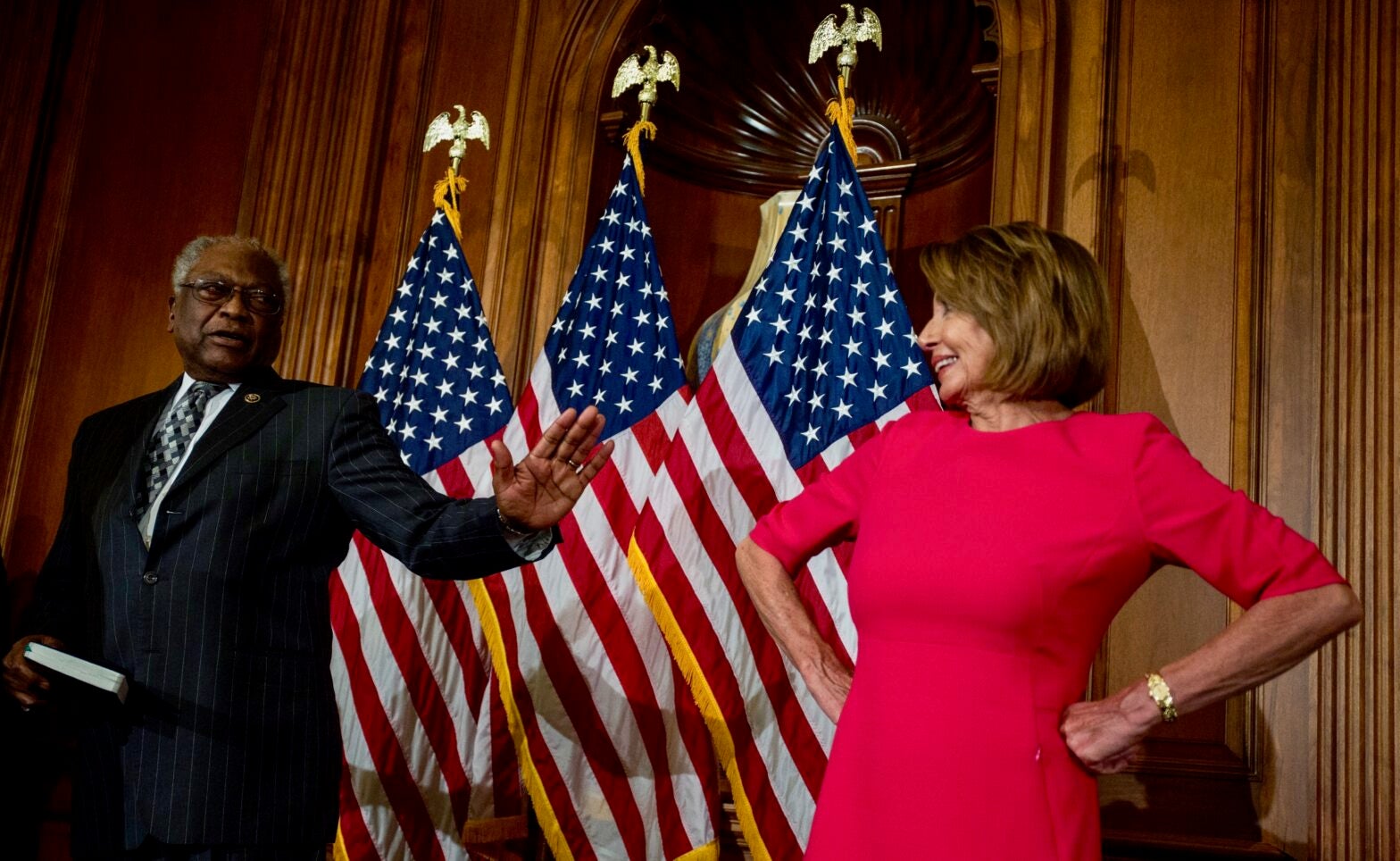 Speaker of the House Nancy Pelosi received a standing ovation after calling for action on climate change during her first address to the 116th session of Congress Thursday, according to a video shared by Newsweek.

“We must also face the existential threat of our time: the climate crisis, a crisis manifested in natural disasters of epic proportions. The American people understand the urgency. The people are ahead of the Congress. The Congress must join them,” she said.

However, for some climate activists, the people are still ahead of the Congress, despite Pelosi’s words. During her speech, she touted a new “Select Committee on the Climate Crisis,” but the young progressives who want a Green New Deal to transition the U.S. economy towards renewable energy while providing jobs and improving equality say the new committee does not go far enough.

The Sunrise Movement, which propelled the Green New Deal into the news with a sit-in in Pelosi’s office in November, said the committee fails on three major points.

The activists also criticized the new committee for lacking subpoena power, a power that previous select climate committees did have.

“Democratic leaders had an opportunity to embrace young people’s energy and back the #GreenNewDeal, but they failed us yet again,” Sunrise Movement co-founder Varshini Prakash said in a statement. “This committee is toothless and weaker than the first Climate Select Committee from a decade ago, and it does not get us meaningfully closer to solving the climate crisis or fixing our broken economy.”

Read the full statement from our co-founder @VarshPrakash in response to the newly-released mandate for the Select Committee on the Climate Crisis.

"In losing this fight on the Select Committee, we have won the biggest breakthrough on climate change in my lifetime." pic.twitter.com/LRDWkqzGsF

However, experienced members of Congress said that the policy goals united under the Green New Deal banner could still be realized, but standing committees like Energy and Commerce are the most likely vehicle to push them forward.

“Progressives like me who understand how the system works have every confidence that we’ll be able to do it within the existing system,” Democratic Virginia Representative Donald McEachin told POLITICO in an in-depth article on the Democrats’ climate plans. “Energy and Commerce is my primary pick because that’s the committee that’s really going to dig in and do what these young progressives are looking for.”

The select committee will be led by Kathy Castor, a Florida Democrat who has not backed the call for a Green New Deal. It will have until March of 2020 to submit policy recommendations to other committees and will have nine Democratic members and six Republican members. Its members have not yet been selected.

“We need all voices. But make no mistake about it, we simply don’t have time to tread water,” Castor told POLITICO. Castor has a lifetime score of 93 percent from the League of Conservation Voters, but some progressives are concerned by a Sludge report that she and her husband have between $50,001 and $100,000 invested in utility companies that mostly generate energy from fossil fuels.

In doing so, we intend to press for urgent action on #climatechange. Watch my floor statement here: https://t.co/mKVsJptF93

Meanwhile, New Jersey Democrat and Energy and Commerce Chairman Frank Pallone said his committee would work with the Natural Resources and Science committees, as well as the new climate committee, on climate action. The first hearing he plans to convene will focus on the economic and environmental impacts of climate change.

“We’re all progressives,” Pallone said of Natural Resources Chairman Arizona Democrat Raúl Grijalva and Science Chairman Texas Democrat Eddie Bernice Johnson. “I think they’ll be happy to see what we do because the chairs of the committees are progressive,” he told POLITICO.

On the more conservative side of the party, Representatives are concerned about how to balance economic growth and environmental concerns.

“We’ve got to find a way that we can accommodate our goals and not be seen as anti-business,” Texas Democrat Henry Cuellar told POLITICO. “A lot of the oil-and-gas state folks feel the same way.”