To mark anniversary of atomic bombing, mayor and survivors urge world leaders to visit and push for disarmament 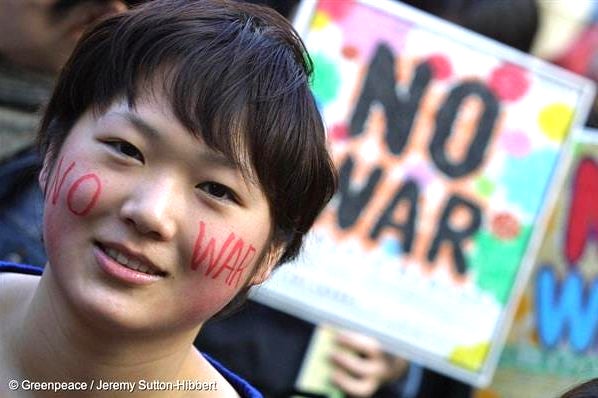 To mark the grim anniversary of the U.S. atomic bombing of Nagasaki and Hiroshima 71 years ago, the mayor of Nagasaki on Tuesday urged leaders of nuclear powers to visit the cities and see what their weapons are capable of.

“I appeal to the leaders of states which possess nuclear weapons and other countries and to the people of the world: Please come and visit Nagasaki and Hiroshima,” Mayor Tomihisa Taue said during a ceremony for the occasion. 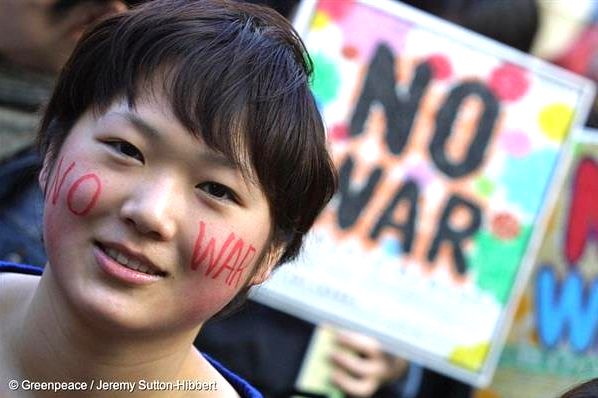 “Find out for yourselves what happened to human beings beneath the mushroom cloud,” Taue said. “Knowing the facts becomes the starting point for thinking about a future free of nuclear weapons.”

The mayor also delivered a Peace Declaration calling for global communities to use their “collective wisdom” to work for disarmament.

Taue also urged the Japanese government to depart from its reliance on the U.S. nuclear deterrence.

He proposed that Japan enshrine into law the nation’s longstanding non-nuclear principles of not producing, not possessing and not allowing the entry of nuclear weapons into the country.

In addition, the mayor called for the establishment of a Northeast Asia nuclear weapons-free zone, in which nuclear powers promise not to use nuclear weapons for intimidation or attacks.

In May, President Barack Obama became the first sitting U.S. president to visit Hiroshima, which Taue said “showed the rest of the world the importance of seeing, listening and feeling things for oneself.”

But the mayor spent much of his address outlining the challenge of building a nuclear-free world, particularly if other global leaders refuse to participate in the process. He criticized representatives of nuclear states who did not attend a recent United Nations working group on disarmament, held in Geneva. “Now is the time for all of you to bring together as much of your collective wisdom as you possibly can and act so that we do not destroy the future of mankind,” he said Tuesday.

During the ceremony, one survivor called on the government not to rely on the U.S. “nuclear umbrella”—a guarantee by a nuclear state to protect a non-nuclear ally state—and for weaponized nations to adopt a “no first use” policy.

“It is our hope that Japan will establish an honorable position for itself in the movement to prohibit nuclear weapons,” said the survivor, 80-year-old Toyokazu Ihara, who was nine at the time of the bombing and lost his mother, sister and brother to illnesses stemming from radiation.

Another survivor, Miyako Takashim, 88, who lost her mother, sister and brother in the bombing, said, “I am praying for world peace. I believe nuclear weapons will be eliminated if people around the world imagine what damage an atomic bomb attack would cause them.”

The ceremony included a moment of silence at 11:02 a.m., the time at which the atomic bomb was dropped on Nagasaki 71 years ago. An estimated 74,000 people died by the end of 1945 as a result of the attack.