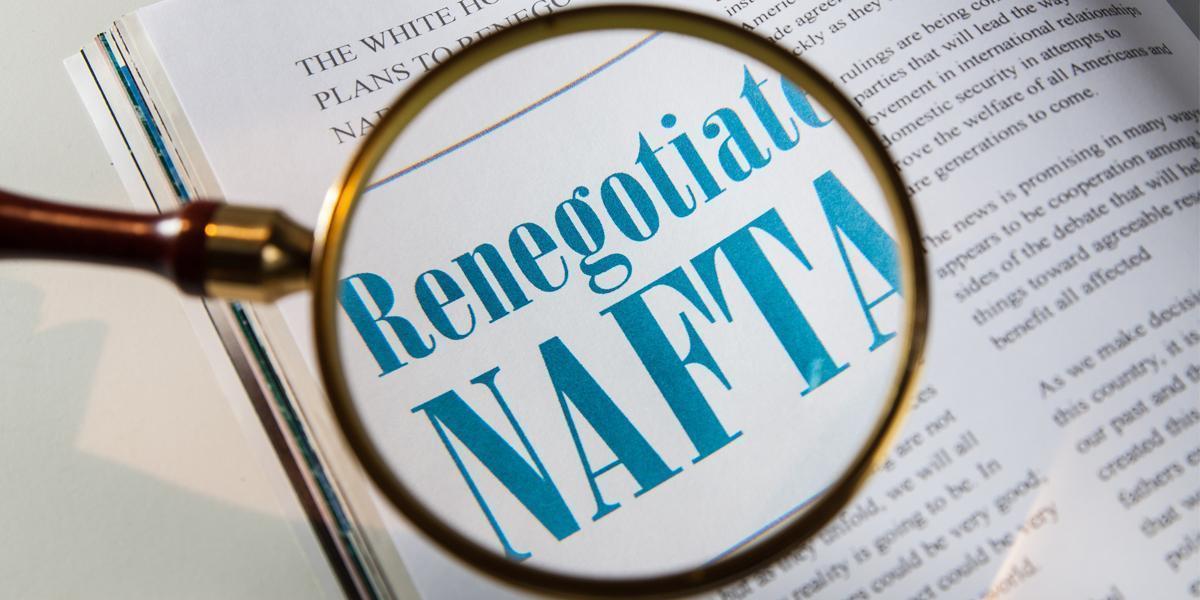 By Amanda Maxwell and Anthony Swift

President Trump has made renegotiating the North American Free Trade Agreement (NAFTA) one of the main goals for his administration and has recently revealed the general plan to do so.

As this process moves forward, the Natural Resources Defense Council (NRDC), Sierra Club and our partners across a broad range of sectors are calling on the administration to include eight critical issues among their priorities in changing NAFTA, outlined below. We want to ensure that any new provisions in NAFTA result in a transparent agreement that supports—and does not undermine—a more stable climate, clean air and water, healthy communities, indigenous peoples and good jobs.

In the 23 years since NAFTA’s signing, the economies of Mexico, Canada and the U.S. have become intertwined and interdependent, with $1.1 trillion in trade moving among the three countries in 2016. During those decades, too, new issues such as climate change, clean energy and sustainability, have moved to the forefront of international relations. So, while it remains unclear exactly how and to what extent the Trump administration will change this accord, there are several critical provisions that should be included to improve the lives of people living and working in all three countries and the environments they depend on.

NRDC is pleased to ally with 350.org, Center for Biological Diversity, Center for Food Safety, Defenders of Wildlife, Earthjustice, Friends of the Earth, Global Exchange, Green America, Greenpeace USA, Institute for Agriculture and Trade Policy, League of Conservation Voters, Food & Water Watch, Sierra Club and U.S. Human Rights Network in calling on the Trump administration to include the following eight issues among their priorities in changing NAFTA:

1. Eliminate rules that empower corporations to attack environmental and public health protections in unaccountable tribunals. NAFTA’s investor-state dispute settlement system allows multinational corporations—e.g. ExxonMobil and TransCanada—to bypass our courts, go to private tribunals and demand money from taxpayers for policies that affect corporate bottom lines. Corporations have used NAFTA to challenge bans on toxic chemicals, decisions of environmental review panels and protections for our climate. They have extracted more than $370 million from governments in these cases and pending NAFTA claims total more than $50 billion. What’s more, the cases are heard not by judges, but by corporate lawyers outside the normal court system.

3. Protect energy sector reform from backward-looking rules. NAFTA’s energy chapter limits Canada’s ability to restrict production of climate-polluting fossil fuels such as tar sands oil. The chapter, written before awareness of climate change was widespread, must be eliminated. Other NAFTA rules allow renewable portfolio standards, low-carbon fuel standards and other climate-friendly energy regulations to be challenged for impeding business for foreign fossil fuel firms. Such rules must be narrowed to protect climate policies in each country.

5. Require green government purchasing instead of restricting it. NAFTA’s procurement rules limit governments’ ability to use “green purchasing” requirements that ensure government contracts support renewable energy, energy efficiency and sustainable goods. Any changes to NAFTA must require signatory governments to include a preference for goods and services with low environmental impacts in procurement decisions.

6. Bolster climate protections by penalizing imported goods made with high climate emissions. NAFTA allows firms to shift production to a country with lower climate standards, which can spur “carbon leakage” and job offshoring. To prevent this and encourage greater climate action from high-emissions trading partners, each country should be required to impose a border fee on imported goods whose production causes significant climate pollution.

If President Trump moves forward with altering NAFTA, any renegotiations must be conducted transparently through open processes, providing the public in all three countries with the opportunity to participate. We and our partners in the environmental, labor, health, consumer, agricultural and other communities will be eager to see whether President Trumps supports a renegotiated NAFTA that supports—and does not undermine—a more stable climate, clean air and water, healthy communities, indigenous peoples and good jobs.