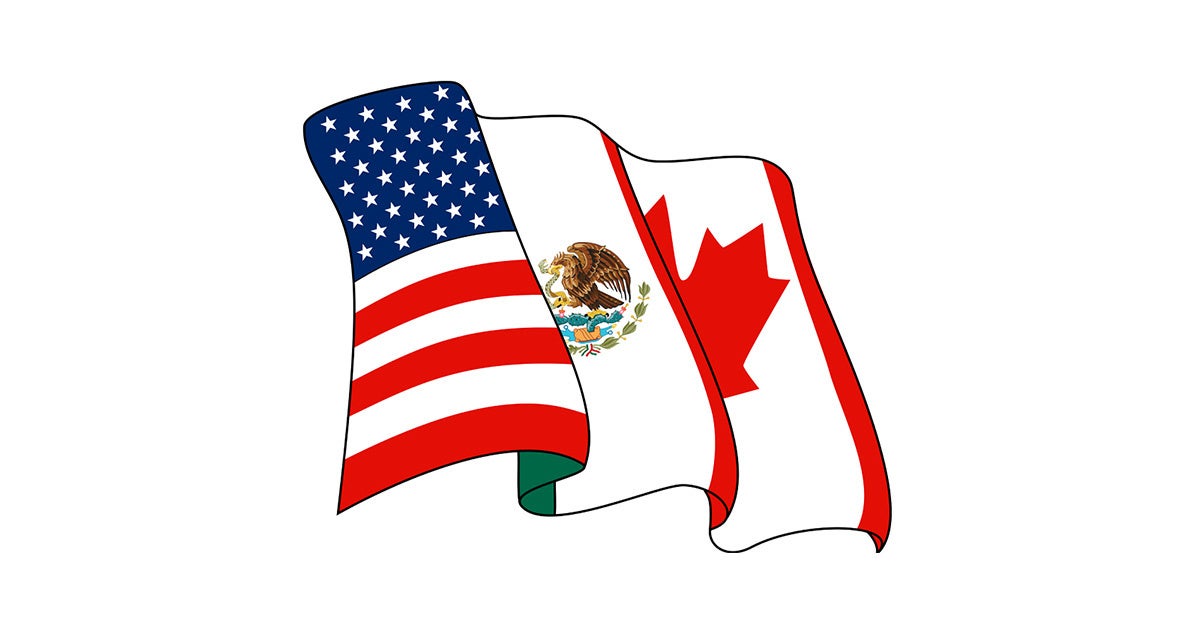 While the oil and gas industry has lauded the new trade deal that may soon replace the North American Free Trade Agreement (NAFTA), a provision added by Mexico, along with its new president’s plan to ban fracking, could complicate the industry’s rising ambitions there.

The new agreement, known as the United States–Mexico–Canada Agreement (USMCA), has faced criticism as being tantamount to NAFTA 2.0—more of a minor reboot that primarily benefits Wall Street investors and large corporations, including oil and gas companies.

Mercilessly critiqued by then-candidate Donald Trump during the 2016 presidential campaign, NAFTA is now the second major trade deal kicked to the curb by now-President Trump. The other, the Trans-Pacific Partnership (TPP), was canceled days into Trump’s presidency.

After the most recent deal’s announcement, the oil and gas industry offered praise for USMCA. The White House even pointed this out in a press release, highlighting a quote given by the U.S. industry’s major trade group, the American Petroleum Institute (API).

“We urge Congress to approve the USMCA. Having Canada as a trading partner and a party to this agreement is critical for North American energy security and U.S. consumers,” said Mike Sommers, president and CEO of API. “Retaining a trade agreement for North America will help ensure the U.S. energy revolution continues into the future.”

In its own press release declaring its support for USMCA, API further spelled out the parts of the deal it supports.

Within Mexico, too, things look promising for the oil and gas industry. Unlike the U.S. and Canada, Mexico has yet to experience a major oil and gas pipeline expansion or unconventional oil and gas extraction boom, a la hydraulic fracturing (“fracking”) or tar sands production.

That could change, however, under Mexico’s recently privatized energy market, and USMCA appears to have shored up the gains the oil and gas industry won when in 2013 Mexico’s Congress voted to open up its energy market to international investment. Those energy reforms were pushed by the U.S. Department of State under then-U.S. Secretary of State Hillary Clinton.

Duncan Wood, director of the Mexico Institute at the Washington D.C.-based Wilson Center, explained how the USMCA would affect Mexico’s new energy reality in an interview with the San Diego Union-Tribune.

“Mexico has come out of this with pretty strong protections for investors in the oil and gas sectors, as well as in telecom infrastructure, and that’s good news for the future of the energy reform,” explained Wood. “That’s good news, even more so for those companies that have already invested in Mexico.”

Mexico’s recently elected president, Andrés Manuel López Obrador, has yet to comment on the USMCA’s energy-related provisions. But he recently reiterated that he will implement a ban on fracking during his time in office.

And Mexico landed a provision within USMCA saying that the country has “direct and inalienable ownership” of its hydrocarbons, which could complicate the multinational industry’s expansion into the country going forward.

“The Mexican State has the direct, inalienable, and imprescriptible ownership of all hydrocarbons in the subsoil of the national territory, including the continental shelf and the exclusive economic zone located outside the territorial sea and adjacent thereto, in strata or deposits, regardless of their physical conditions pursuant to Mexico’s Constitution,” reads USMCA’s provision on this issue. 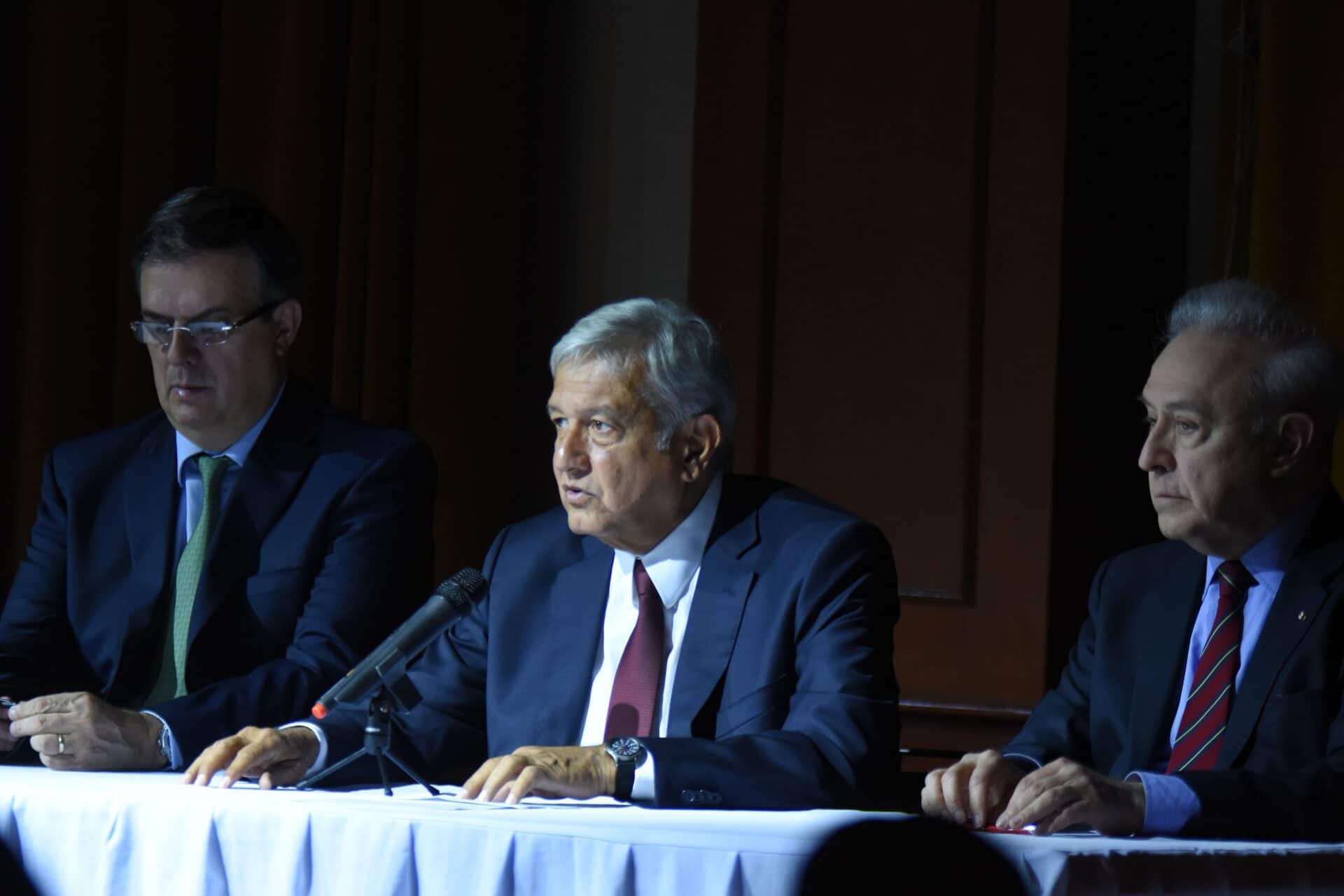 Andrés Manuel López Obrador as president elect of Mexico speaks during a press conference at Salon D’Luz on July 5, 2018 in Mexico City.

For its part, API believes it can potentially change López Obrador’s mind on the issue. Aaron Padilla, senior adviser for international policy at API, told The Washington Post that like the wind, political will often changes directions.

“The new president in Mexico has expressed some skepticism about energy reforms he has inherited from his predecessor,” said Padilla. “Our member companies are looking to work constructively with him, but they are looking at the long term and understand politics can change in any country.”

U.S. exports of natural gas to Mexico, though, will likely continue apace and expand under the new NAFTA. That is because, as Inside Climate News reported, the deal assumes exports of petroleum products into Mexico from the U.S. are in the public interest, which would expedite their approval on a de facto basis.

The words “climate change” barely get a mention in the report, as well. As The HuffPost reported, the word “climate change” does not appear at all within the 31 pages of the deal’s environmental section.

Doug Norlen, who does watchdog work on trade issues for the environmental advocacy group Friends of the Earth, has decried the deal.

“The agreement continues to give polluting transnational companies greater rights than governments and citizens. This agreement is an attack on our ability to hold Big Oil and Gas accountable for the damage they cause to our communities,” said Norlen in a press release from the organization. “If this trade agreement moves forward, citizens in all three countries must continue our fight to protect the very food, air, and water our communities need to survive.”

USMCA is not a done deal, however, and still must be approved by the legislative bodies in all three North American countries. If it goes into effect, the deal impacts $1.2 trillion worth of economic assets.