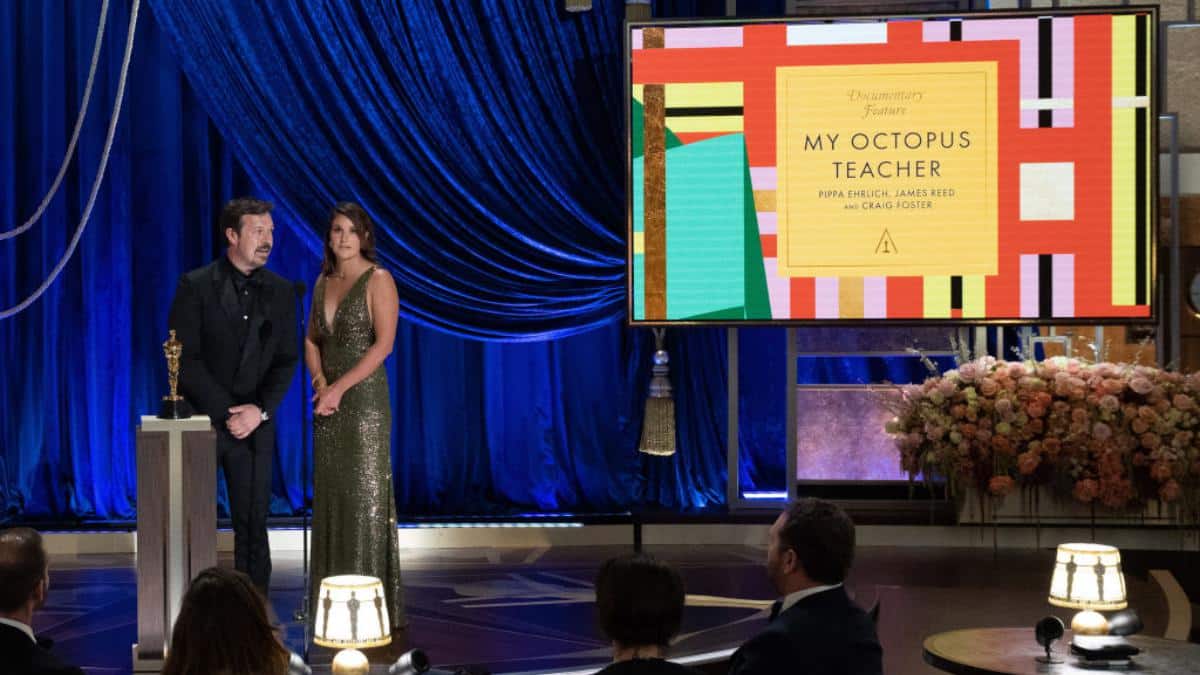 My Octopus Teacher, the heartwarming story about a man’s friendship with a common octopus, took home the Oscar for best documentary feature Sunday night.

The movie brought international attention to the unique ecosystem of the Great African Sea Forest, where the octopus lived, as EcoWatch reported earlier. But it also had a message for every corner of Earth.

“This really is a tiny personal story that played out in a sea forest at the very top of Africa. But, on a more universal level, I hope that it provided a glimpse of a different kind of relationship between human beings and the natural world,” Pippa Ehrlich, one of the film’s directors, said as she accepted the award.

My Octopus Teacher tells the story of Craig Foster, a diver and filmmaker who sought to overcome a period of exhaustion and depression by taking daily swims off the South African coast. Over the course of these dives, he formed a mutual fascination and then a friendship with one of the octopuses living in the kelp forest.

The focus on a single animal makes the film unique in the nature documentary genre.

“The film marks the first underwater film that combines high-end bluechip natural history sequences with the story of a human/animal relationship that documents the individual creature throughout its lifetime in the wild,” wrote the Sea Change Project, a non-profit co-founded by Foster that helped back the film.

The film was directed by Foster, Ehrlich and James Reed and took a total of 10 years to make, The AP reported.

The Sea Change Project’s mission is to use storytelling to raise awareness about the Great African Seaforest, the world’s only forest of giant bamboo kelp that stretches more than 621 miles from Cape Town, South Africa to Namibia. The kelp forest is one of the few on the planet that is not shrinking or disappearing, and the Sea Change Project wants to keep it that way by helping the world to fall in love with it so that it will be protected. My Octopus Teacher is one tool for doing so, but the film conveys this message in an unconventional way.

“One of the toughest debates focused on how to convey the conservation aspects of the film and how much of an overt message to have,” the Sea Change Project explained. “The film’s director, Pippa Ehrlich was adamant if we told the story right, the conservation narrative would be embedded inside of it without needing to be vocal about conventional, often polarising environmental issues.”

In addition to My Octopus Teacher, The Sea Change Project has contributed footage to BBC’s Blue Planet II, as well as short films including Africa’s Hidden Seaforest and Azilali (They do not sleep).