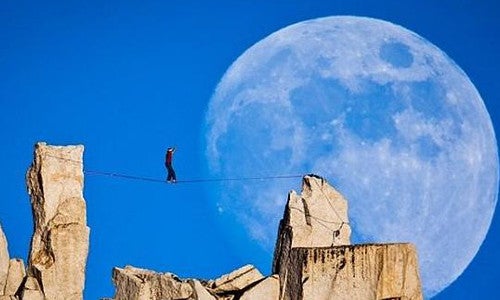 Now in its 13th year, the Wild & Scenic Film Festival is on tour again. Every year in January, the festival kicks off in Nevada City, California. Then, for the rest of the year it travels around to more than 100 different locations to screen environmental movies, making it the largest environmental film festival of its kind. Each of the venues is hosted by an organization who uses the festival as a way to encourage citizens to support local environmental campaigns.

Wild & Scenic partners with environmental groups, nature centers, museums, nonprofits, outdoor retailers, socially-conscious businesses, schools and colleges to host the events. When you attend, you see awesome films, drink beer (they’re sponsored by Sierra Nevada Brewery) and have the chance to chat with filmmakers and other eco-minded folks in your area.

A total of 130 films were featured at the festival in Nevada City. For a complete list of the films, go here. A panel of judges gave awards in categories, such as “Best of Festival,” “Most Inspiring Adventure Film” and “Spirit of Activism.”

“We are honored and humbled to be featured at the Wild & Scenic Film Festival,” said James Q Martin of DRAWN. “There are so many passionate environmental film directors that are exploring issues in such a beautiful, captivating and inspiring way—to be among those select few and be showcased at the most sought after environmental film festival is a true honor.”

Watch the trailers of three award-winning films at this year’s Wild and Scenic Film Festival:

Sand Wars, directed by Denis Delestrac, is an investigation into one of the planet’s most consumed natural resources. High demand for sand is threatening the planet’s reserves. Three-quarters of the world’s beaches are in decline and bound to disappear. Sand Wars takes us around the world to witness this new gold rush.

Valley Uprising, directed by Peter Mortimer, Nick Rosen, and Josh Lowell, is the riveting tale of bold tradition. For half a century, explorers and madmen have left materialism behind, venturing onto the high, lonesome granite of Yosemite’s massive cliffs. Valley Uprising explores the phenomenon of this American counterculture.

DRAWN, directed by Jeremy Collins & produced by James Q Martin, follows Collins’ four journeys over four years in the four cardinal directions, from the Venezuelan Amazon, to the China-Mongolian Border, to the northern reaches of Canada and closer to home in the Yosemite Valley.

Venues across the country will choose some of the top films to screen. In the next few weeks, some of their stops include Illinois, Ohio, Pennsylvania, Washington, Maryland, California, Idaho, Whitehorse in Yukon, Canada and even Goa, India. Check here for upcoming screenings in your area.