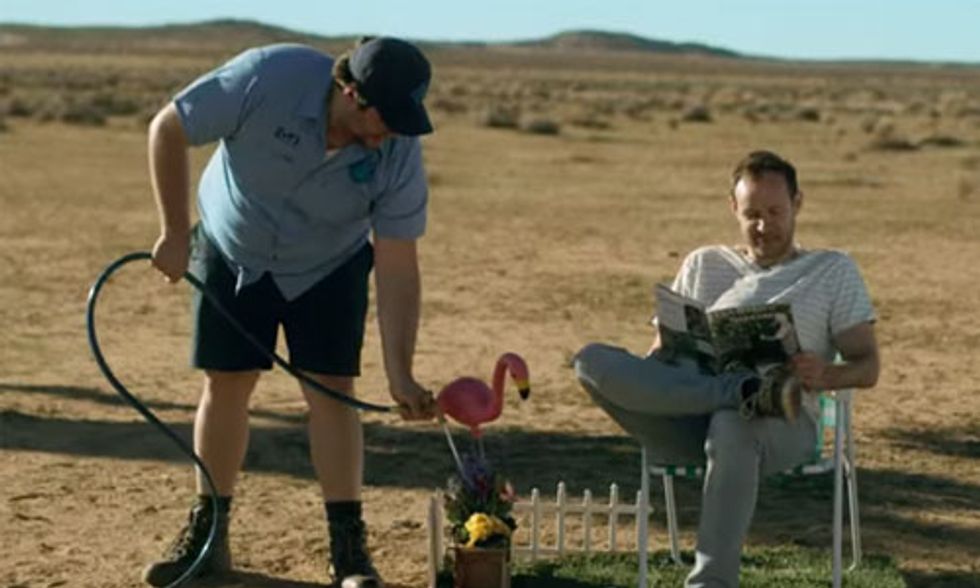 This clever, one-minute video highlights the tough decisions Californians have to make with the Golden State in its fourth year of drought. A year after first declaring a state of emergency and urging Californians to voluntarily cut water use, Gov. Brown has issued the state's first-ever mandatory water restrictions ordering the State Water Resources Control Board to cut water use by 25 percent.

The April 1 snowpack assessment set a record for the lowest snowpack levels ever at 6 percent of normal (as a comparison, last year it was 24 percent of normal). In mid-March, NASA senior water scientist Jay Famiglietti warned that California "has only about one year of water supply left in its reservoirs, and our strategic backup supply, groundwater, is rapidly disappearing.”