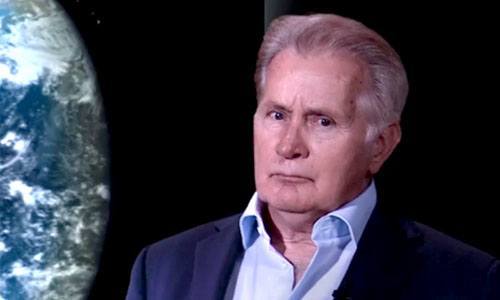 Last night on Last Week Tonight, John Oliver finds quite a gem. Apparently, in the early days of CNN, Ted Turner produced a doomsday video that CNN anchors recently reported is to be played in the event that the world is coming to an end. And just what exactly has CNN decided should air in the final moments of humanity’s time on Earth? A band very unenthusiastically playing a slow dirge.

Well, John Oliver has decided that is just an awful way for humanity to go out. So he’s enlisted Martin Sheen to make a much better version of a doomsday video, which encapsulates all of humanity’s successes and failures (and there are some epic failures). Sheen lists some of our major achievements, such as our total domination of every other species on the planet, becoming the first species to walk on two legs and then figuring out a way not to (thanks, segways!) and inventing a cereal that was nothing but cookies. Sheen reminds us not to be sad over what we’re losing, but instead think fondly over what we had.

Wait until you see what Sheen gives us as the final image humanity will ever see: