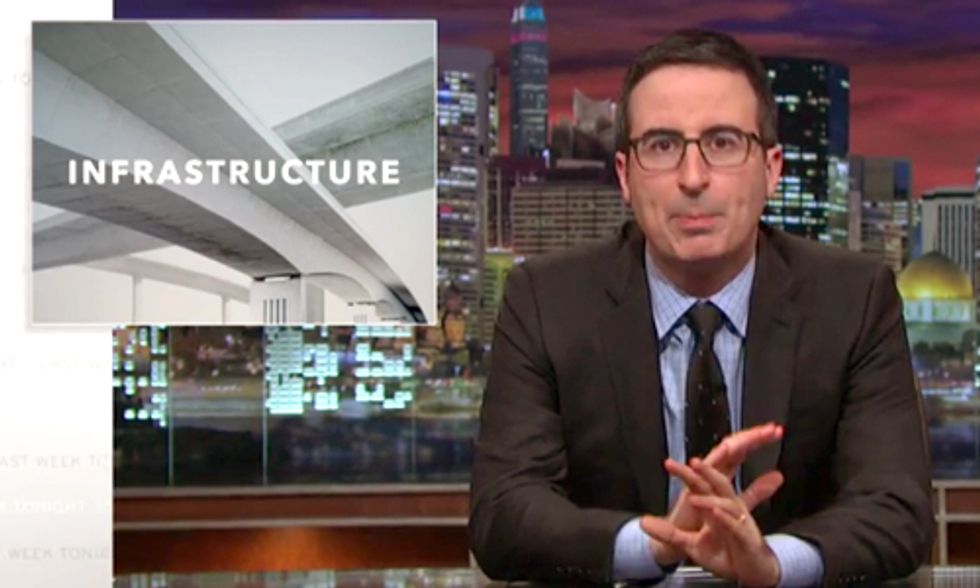 "Infrastructure, it's our roads, bridges, dams, levees, airports, power grids, basically anything that can be destroyed in an action movie," John Oliver says to begin his segment last night on Last Week Tonight with John Oliver. America's crumbling infrastructure is no laughing matter and certainly not a sexy or glamorous topic, but Oliver does a great job illustrating what an important issue it is and why it needs our immediate attention.

From clips with Michael Bloomberg to Donald Trump, Oliver makes his point using plenty of humor.

Watch here to learn all you need to know about America's crumbling infrastructure, and why you should not be laughing, but instead very scared: