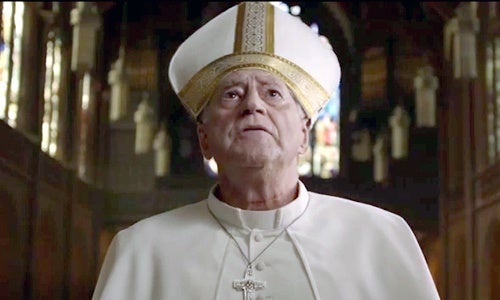 The amount of hype over Pope Francis’s encyclical on the environment, which is due out June 18, is getting pretty absurd, so when I stumbled across this Hollywood-style spoof trailer of “Pope Francis: The Encyclical,” I knew it was going to be good. The video, which was posted yesterday by Observatório do Clima, a Brazil-based nonprofit advocating for action on climate change, is just as intense and dramatic as your standard Hollywood trailer.

The video is replete with a dramatic narrator with a deep voice saying things like, “He is a gentle man, a holy man, a man with connections, but what will he do when God’s lovingly created planet comes under attack.” Bum. Bum. Bum.

Bill McKibben: As Bonn Climate Talks End World Leaders Set to ‘Lock Us Into a Kind of Slow-Motion Guaranteed Catastrophe’